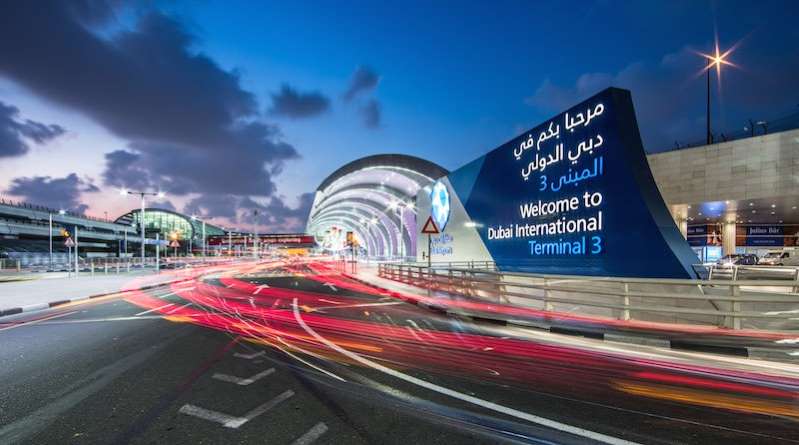 June 5, 2020
Under One Ceiling
The UAE will resume commercial passenger flight operations at its airports across the country, a senior official confirmed on Wednesday.

He said that that these carriers would announce details on their operations in the coming days, reported official news agency WAM.

Soon after top aviation officials expressed their support for the move.

We welcome the UAE authorities' decision to re-open UAE airports for all connecting travellers. @Emirates and flydubai will shortly announce the resumption of passenger flights to more cities with connections to, and through, Dubai. @DXB pic.twitter.com/3ZSnagAo29

“We welcome the UAE authorities’ decision to re-open UAE airports for all connecting travellers. Emirates and flydubai will shortly announce the resumption of passenger flights to more cities with connections to, and through, Dubai,” tweeted Emirates chairman and CEO Sheikh Ahmed bin Saeed Al Maktoum.

Al Dhaheri said that the move is part of the country’s efforts towards “restoring normalcy by allowing some of the country’s airports to permit the transfer and transit of passengers from other international ports.”

“The decision has been made following a holistic review by a number of national authorities, including NCEMA, the General Authority of Civil Aviation, and the health sector,” added Al Dhaheri.

“As a global aviation hub, the UAE is determined to ensure the application of Covid-19 countermeasures according to the criteria of various international aviation organisations in order to protect the safety of passengers and staff at its airports,” he added.

“Dedicated taskforces from various departments have been working to develop a comprehensive framework to apply safety procedures across the country’s airports and through air carriers by conducting field visits to ensure all precautionary measures are in place for the safety of all passengers across all arrival and departure terminals, as well as in all means of transport inside airports and plane cabins.”

He further stated that field teams at the country’s airports made up of both citizens and residents are exerting all efforts to “honour their responsibilities, accelerate the restoration of normal air traffic, and support this vital sector.”

The country had earlier suspended all regular commercial passenger flight operations since March 26.

Earlier this month, Emirates president Tim Clark said that as airlines around the world begin to resume their operations, the option of leaving ‘middle seats vacant’ is neither economically viable nor sustainable.

Emirates’ chief operating officer, Adel Al Redha, has reportedly confirmed that the airline is aiming to add 50 new destinations to its network in June.

Several UAE-based carriers have implemented extensive health and safety protocols to safeguard against the Covid-19 virus.

Etihad Airways, for example, recently launched its ‘Etihad Wellness’ initiative, an expanded health and hygiene programme as well as customer guide that will build on its existing stringent measures.

The Etihad Wellness programme will be communicated through an online guide highlighting high standards of cleanliness, health and hygiene being applied at every stage of Etihad’s customer journey.