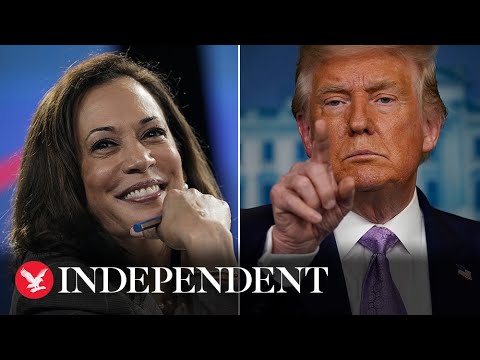 International Entertainment
August 15, 2020
Under One Ceiling 0

As we discussed, Senator Kamala Harris is a first-generation American born in Oakland, California. Her mother was an Indian immigrant and her father was a Jamaican immigrant. They were both educated in America and they welcomed their two daughters in Oakland. Which is part of the United States. Much like Barack Obama was born in Hawaii, also part of the United States. And much like Barack Obama, Kamala Harris’s citizenship is being called into question by racist idiots. It’s the Birther 2.0 campaign for 2020, only now there are 160,000 Americans dead from coronavirus and so no one gives a f–k that Donald Trump is still trying to play his racist greatest hits.

So, once again, Trump gleefully spreads the conspiracy and Republicans just pretend like it’s not happening. “I heard it today, that she doesn’t meet the requirements. I have no idea if that’s right. I would have thought, I would have assumed, that the Democrats would have checked that out before she gets chosen to run for vice president.” Yes, we checked it out by saying “oh, she’s born in Oakland, end of story.”

If that wasn’t smarmy enough, allow Jared Kushner to make it even worse (although I have to hand it to the CBS reporter, he did amazing!).

Do you accept that @KamalaHarris is a qualified candidate? — @AnthonyMasonCBS

“She was born in Oakland, CA” — Mason

These people are disgusting. The way Kushner looks so smug about it – hideous. “She was born in Oakland, California.” “…Yep.” Ugh.