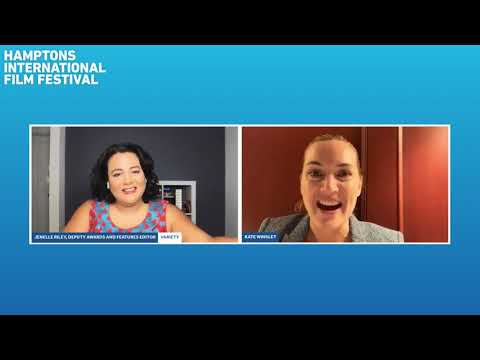 International Entertainment
October 9, 2020
Under One Ceiling 0

The thrill of it all! Kate Winslet recalled her hectic Saturday Night Live gig in 2004, the week after Ashlee Simpson’s lip-synch snafu.

“When I did SNL, I was on the week after Ashlee Simpson. I was the next show after,” Winslet, 45, said the Thursday, October 8, Hamptons International Film Festival’s “A Conversation with…” series. “Let me tell you, that studio was just a hotbed of anxiety.”

A week prior to Winslet’s October 2004 hosting debut, a prerecorded track of Simpson’s song “Pieces of Me” began playing and she failed to sing along. She then did an awkward jig on stage and later blamed her band for the mistake during the show’s credits.

The Holiday actress detailed the environment on set 16 years later, saying everyone was like, “OK, oh, my God. This week has to be really real.”

The stress of Simpson’s lip-synch slipup resulted in the writers scrambling when it came to Winslet’s opening monologue.

“They kept saying to me, ‘Kate we’re so sorry, we just don’t have it yet, we’re not ready, just give us a moment,’” she recalled.

When Friday rolled around and she still had no opening monologue, the Titanic star began to panic.

She added: “In three hours, I learned this tap routine and this song, and then we [did] dress rehearsal immediately after that and [started] recording the show live.”

Despite the ups and downs of her 2004 moment, Winslet is open to returning if the sketch series will have her.

Leonardo DiCaprio and Kate Winslet’s Adorable Friendship Through the Years

“I loved doing SNL. God, the adrenaline. I’d love to go back on SNL,” she said. “That was kind of how I started in so many ways. Just doing fast-pace sketches and sort of amateur theater.”

The British actress concluded: “It was always crazy and frantic and lots of quick changes backstage and in the wings and things going wrong and you carry on anyway. You learn a huge amount as a young actor in those, kind of, high pressured, everyone’s in it together sort of environment. It’s absolutely brilliant.”

Simpson, for her part, exclusively told Us Weekly in September 2018 that her “most embarrassing moment was probably SNL!”