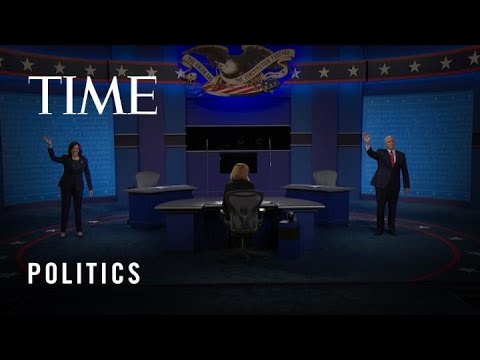 International Entertainment
October 9, 2020
Under One Ceiling 0

How To Make Cheesecake Recipes With Delicious Toppings

This Is How To Cook Embutido Using Meatloaf Recipes

You Can Now Get Baguio's Victoria Bakery Cream Puffs In Manila

Unlike the first (and perhaps only) presidential debate, I actually stayed up for the VP debate. I did this because A) I love Kamala Harris and I wanted to see her prosecute the case against Trump-Pence on national television and B) I remember in the 2016 VP debate, being surprised by how easily the lies flow out of Mike Pence’s face. I’m not saying I like or respect Pence at all, but I can see why Republicans like him: he’s a lot glossier and more traditional than Trump. That being said, this was a horrible performance from Pence. He came out looking sickly and covid-y, with a raging case of pinkeye, and looking like he was holding in farts and coughs. He interrupted the female moderator AND Kamala Harris so many times, it was painful. It was like Toxic Masculinity: The Dude. He came across patronizing and sexist, and his lies were so obvious. Ugh. Here are some highlights:

This was one of the first “viral moments” of Pence interrupting her, but he did this like 30 times.

Non-scientific polling done in the minutes after the debate said that Kamala won, and women are disgusted with Pence’s bulls–t.

Kamala won the debate with women by nearly *40* points pic.twitter.com/5kupxJPijV

Mike Pence is so full of sh-t, a fly landed on him and stayed there for 2 minutes.

The lies are seeping out. pic.twitter.com/3VYIfDSaos