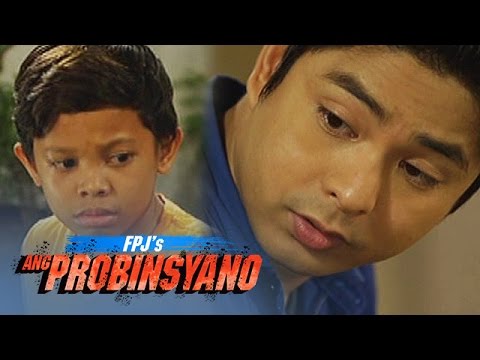 For five years, Cardo Dalisay has shown us what it means to be a good citizen by living with integrity, serving others, and standing up for what is right. But through his many ups and downs and dangerous missions in “FPJ’s Ang Probinsyano,” Cardo continued to fight for love and his family, his faith in God deep and intact in the face of adversity.

The action-drama series, which recently marked its fifth year on air, may be known for its fight scenes and action-packed encounters, but through the years it has shared with us important lessons that made us appreciate our loved ones even more.

As the “pambansang teleserye” starts airing on the new A2Z channel 11 this weekend, we’ve rounded up some of the lessons that viewers can take with them from the show:

1. Family will always accept you no matter who or what you are

The show has proven time and again that if there’s anyone who will have your back, you can always count on family to support you and help you become the best version of yourself. We’ve seen this exhibited in the show countless of times, from Alyana (Yassi Pressman) assuring Cardo of her love for him regardless of their challenges to Makmak (Awra Briguela) being told not to be afraid to be open about his sexuality because they will accept him for who he is.

2. Sacrifice your personal interests to protect your loved ones

Doing what is best for your family should be a no-brainer. Even though Cardo is selflessly dedicated to his duty, he has shown that he is not afraid to set aside his own goals in order to protect his clan. He may have suspended himself from his duties in the past but he knew that he had to do this to seek justice for Lolo Delfin (Jaime Fabregas).

3. Misunderstandings come and go but family will always remain

It’s normal for loved ones to have conflicting opinions and fights. And if there’s one lesson we’ve learned from the show, it’s that talking about our issues with an open mind is better than sweeping it under the rug. Be the better person when you need to apologize and at the same time, lower your pride when you seek forgiveness.

4. Sticking together no matter the circumstance

Cardo and Task Force Aguila are going through a difficult time as they adjust to a whole new lifestyle while they hide from authorities. However, this latest challenge proves that they are all willing to sacrifice for one another by doing their part as to ease the burden of others while making sure that no one gets left behind. Remember that no matter how difficult life may get, family should always fight for one another.

5. Make them feel loved in your own little way

It is easy to get caught up in our day-to-day responsibilities that we forget to make time for our loved ones. Telling them you love them is one thing, but making them feel appreciated through your actions is even more special. Even though the characters in “FPJ’s Ang Probinsyano” always deal with larger-than-life problems, they never fail to make their family feel loved by showing little acts of kindness.

Watch the marathon telecast of “FPJ’s Ang Probinsyano” this weekend (October 10 and 11) before the regular primetime run of its fresh episodes on weeknights starting Monday (October 12). A2Z channel 11 is seen on analog TV in Metro Manila and Cavite, Laguna, Quezon, Rizal, Bataan, Batangas, Bulacan, and Pampanga. It will also be available on cable and satellite TV operators nationwide.

“FPJ’s Ang Probinsyano” also airs Mondays to Fridays at 8 PM on CineMo and Kapamilya Channel on cable and satellite TV via Kapamilya Channel (SKYchannel 8 on SD and channel 167 on HD, Cablelink channel 8, G Sat Direct TV channel 22, and most cable operator-members under Philippine Cable and Telecommunications Association). Watch it also for free on Kapamilya Online Live livestreaming daily on ABS-CBN Entertainment’s YouTube channel and Facebook page, and on the iWantTFC app (iOs and Android) and on iwanttfc.com.

The post 5 Heart-Warming Lessons About Family from 5 Years of ‘FPJ’s Ang Probinsyano’ appeared first on Starmometer.