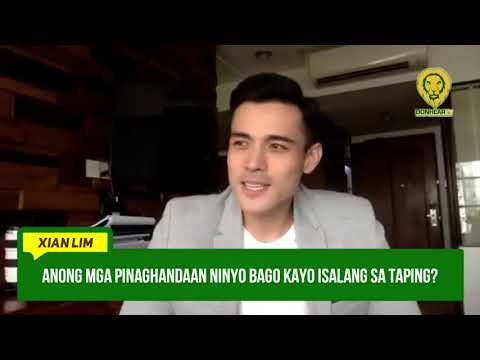 Philippines Entertainment
September 5, 2021
Under One Ceiling 0

In a brand new and out-of-the-box concept, Jennylyn is bound to showcase her acting prowess as she takes on the role of Angela Zafra, a woman who is stuck reliving the day of her husband’s death over and over again.

Known for the many hats he wears – an actor, model, host, and director – Xian is set to portray the character of Bernard Yuzon, Angela’s husband, a civil engineer who works in a company that renovates old houses. He plans on starting his own business/construction company for his family’s future.

The talented actor voices his gratitude to the Kapuso Network for entrusting him the series, “It feels wonderful to be a part of this series na ‘Love. Die. Repeat.’ and I feel grateful sa GMA Network na nabigyan nila ako ng pagkakataon to be part of this project.”

Xian also expressed his enthusiasm to take on the role of Bernard and to work with new faces from the Network, “First page pa lang ng script, gustong-gusto ko na. I’m a huge fan of the genre ng time loop. Unang basa ko pa lang ng script, tuwang-tuwa at excited na ako sa tatahakin ng characters naming lahat. I’ve worked with a couple of people already in this series but the rest of the cast, ngayon ko pa lang makakatrabaho. In terms of accepting the project, the material is really fun and exciting for everyone to watch. At the same time, noong nakita ko ‘yung mga makakasama kong artists, they look really fun to be with and magja-jive kaming lahat to make this project great.”

It’s an exciting project indeed for both the Network and the lead stars as they headline this ground-breaking project with their fresh pairing for the very first time on the small screen.

With this announcement, GMA is delighted to once again offer a show like no other for its avid fans to witness.

Stay updated about your favorite Kapuso shows and artists by logging on to GMANetwork.com.