Lifestyle
Home Entertainment Philippines Entertainment Ariella Arida, nervous about playing mistress for Carmina Villaroel and Zoren Legaspi in ‘Stories from the Heart: The End of Us’ 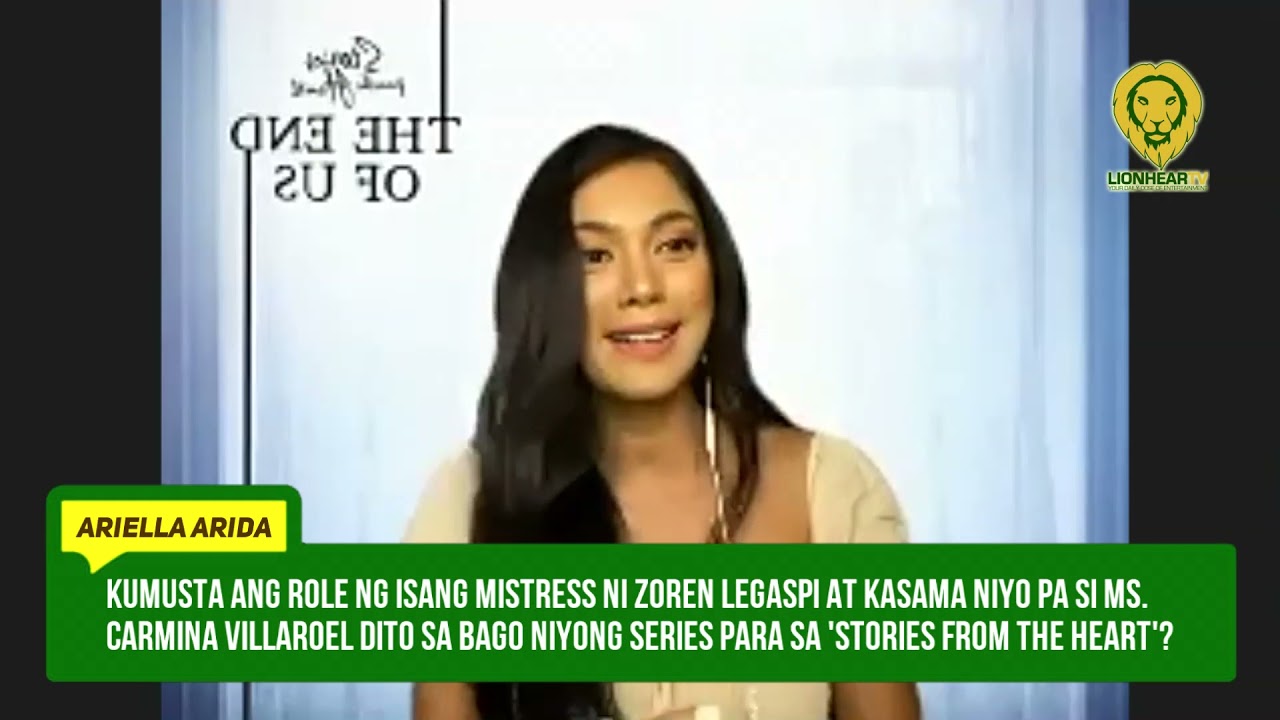 Beauty queen-turned-actress Ariella Arida admitted that she had her nerve racked on Wednesday, December 15, after knowing that she’ll be the third party in the on-screen pairing of real-life couple Carmina Villaroel and Zoren Legaspi in the upcoming episode of the drama-anthology series Stories from the Heart.

Arida even revealed that she asked Villaroel any restrictions whenever there were intimate scenes with her husband.

Arida, who have had several films and TV shows prior to The End of Us said she had to give her all just to catch up with the celebrity couple.

“On their part sabi nila they’re doing their best. Parang ano pa on my part? Parang 200% of what they’re giving, I have to give it all.”

However, after meeting them personally, all of her doubts have been erased as she got along with the couple, making it easier for her to play as the mistress.

“Nakatulong sobra that we get to hang out first in-person, face-to-face. I got to talk to them and them as veterans in the industry, it helped me so much and also to push my best here in the series,” shared Arida.

Stories from the Heart: The End of Us is directed by award-winning director Zig Dulay and will premiere on December 20, at 3:25 p.m., on GMA Afternoon Prime.

The post Ariella Arida, nervous about playing mistress for Carmina Villaroel and Zoren Legaspi in ‘Stories from the Heart: The End of Us’ appeared first on LionhearTV.