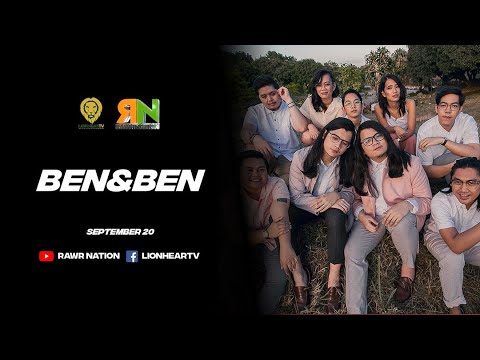 Philippines Entertainment
December 1, 2021
Under One Ceiling 0

Filipino indie folk-pop band Ben&Ben concluded on Friday, November 26, that their song, Lunod, was special as it marks their exploration towards the rock genre.

In the virtual media conference prior to the song’s music video, Miguel Guico, one of the group’s lead vocalists, said that the MV was special as it was different from all the videos they’ve made.

“I think relatively, ano eh, it was unafraid to explore a darker visual theme pero in a way that is very distinctly visual ni Direk Jerrold (Tarog).”

Miguel also pointed that the band had this kind of side since the beginning. But since they were known for their folk-pop melody, he said they had to find the right timing to share this kind of music with their fans.

“I think it’s always been in us to have that kind of sound. S’yempre yung thing lang about releases is minsan may tamang time ang mga bagay.

Agnes Reoma, Ben&Ben’s bassist, said that it was the band’s dream to make a rock video, hoping to add more similar themes into their future songs.

Meanwhile, Paolo Guico revealed the inspiration behind the song. Apparently, the Guico brothers had a traumatic experience that gave birth to their latest single.

In Lunod, Ben&Ben has collaborated with Zild Benitez and Juan Karlos Labajo. The music video was directed by Jerrold Tarog, the director who helmed the popular film Heneral Luna.

The song is part of the band’s album Pebble House Vol. 1: Kuwaderno.

The post Ben&Ben feels ‘Lunod’ is their most special song yet, shares inspiration behind latest single appeared first on LionhearTV.