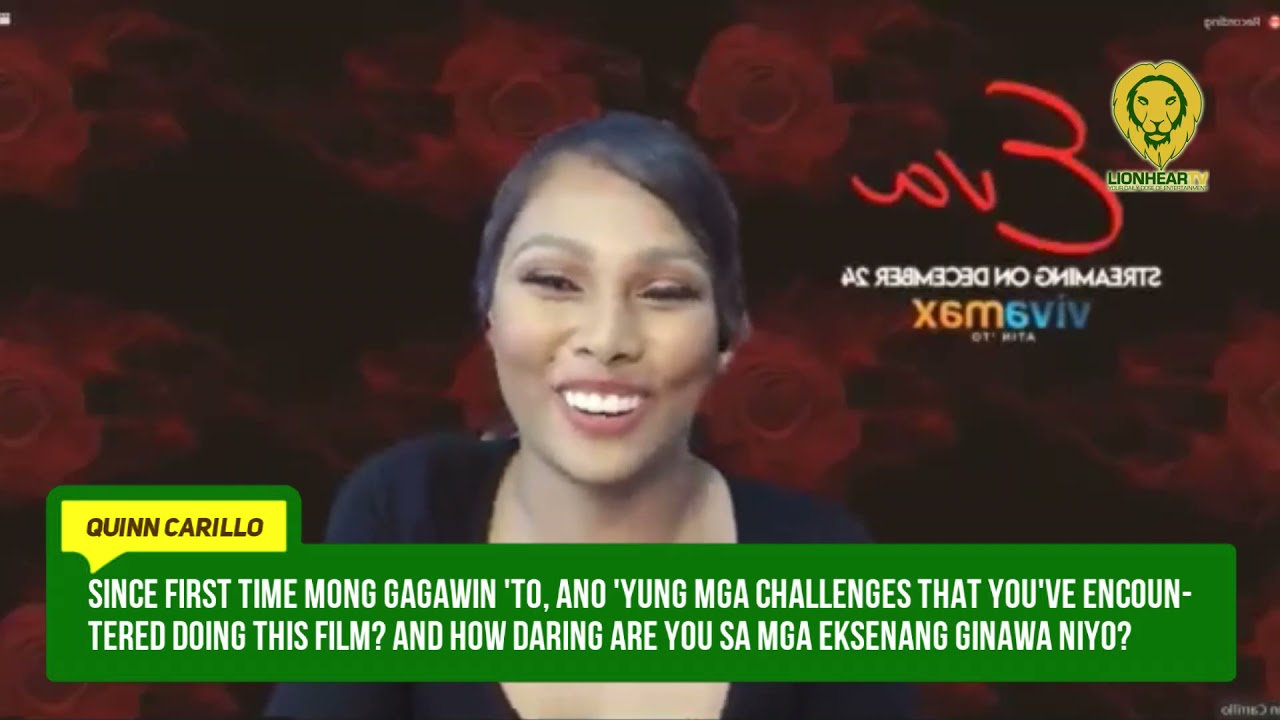 Philippines Entertainment
November 29, 2021
Under One Ceiling 0

Study finds that cultures can protect from foodborne pathogens in cheese

10th American Food Sure Summit scheduled for March in Chicago

How Quorn plans to win the chicken alternative category in 2022

“Not really po kasi I don’t think naman na my color was the reason why Direk Jeffrey chose me for this role ‘di ba?” answered Quinn Carrillo on Wednesday, November 24 when asked if she was offended by people’s speculation that she landed her role in Eva because of her skin color.

The young Viva talent will be playing Butch, a transman in the movie.

During the film’s virtual media conference, Carrillo further pointed that she can be a versatile artist if given the opportunity.

“Even though a lot of people say na, ‘Ah kasi ganiyan ka kaya ganitong role lang ang p’wede sa’yo.’ I don’t think that way kasi I parang I can play any role if I want to, it’s all about portrayal naman eh.”

However, Carrillo was concerned if she did well in playing her character.

“I just hoped na I did justice talaga with this role kasi I really liked playing transman. Kasi it’s a lot different than any characters out there. So I really love playing different characters kasi talagang macha-challenge yung skills mo as an actor.”

Being a transman in the movie, Carrillo was challenged since it differed from all the characters she had played before her character, Butch.

“So sobrang iba niya from my previous characters kasi the one I did in Silab was like this kikay maid and then in Shoot Shoot kikay kikay din. And also in real life, I’m very kikay. And then I’m supposed to play this man tapos kailangan na macho and everything.”

“Hindi naman kami nagdalawang isip kasi it’s all about trust naman talaga with your director. Like we’ve said talaga, we really trusted naman Direk Jeffrey with what he did with the film.”

The film stars Mahjong Nights Angeli Khang, who admitted she went all-out in her titular movie.

Meanwhile, if given a chance to star in her movie and follow Khang in Eva, Carrillo said it depends if the story requires her.

The post Chosen because of her skin color? Quinn Carrillo plays a transman in Viva’s ‘Eva’ appeared first on LionhearTV.

0
0   0
previous Sunshine Cruz, grateful to GMA Network for their welcome
next Will Paolo Contis file a civil case over a scammer-turned-Marites influencer?