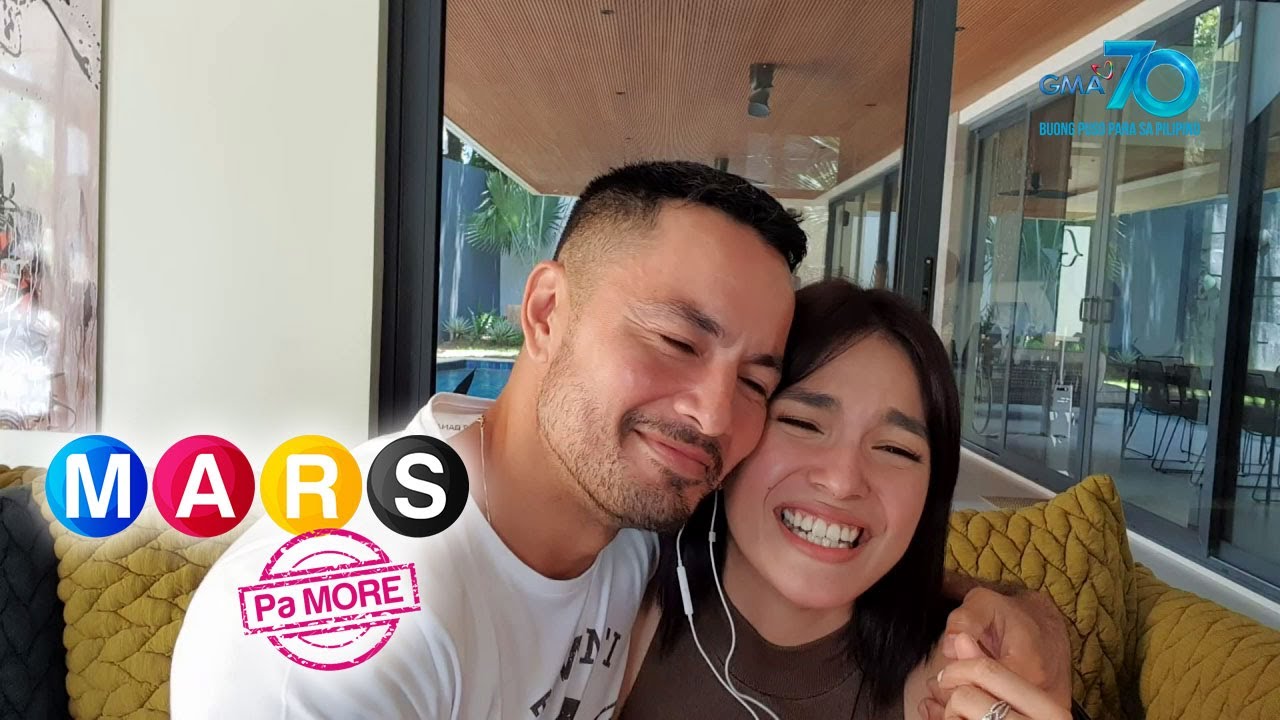 Philippines Entertainment
October 3, 2020
Under One Ceiling 0

Actor Derek Ramsay and actress Andrea Torres have revealed that they were ready to take their relationship to the next level, which is marriage.

They made the revelation in a virtual interview with GMA’s ‘Mars Pa More’ when they were asked about their plans for their relationship.

The host of the show asked the couple, “Yes or No: At this point, ready ka na bang dalhin ang relationship nyo to the next level tulad ng… pagpapakasal?

Derek and Andrea were required to give their answer right away without having to think about and they both answered “Yes” in sync.

The hosts of the show Iya Villania and Camille Prats were celebrating the couple’s answer saying that a wedding is just right for the couple.

But Derek said that they still haven’t set a date as they still needed to discuss the matter.

In the same interview, the couple also mentioned an incident that occurred just recently which led to Derek being brought to the E.R (Emergency Room).

When the couple was asked about one thing that they did that they were not supposed to do, they explained about the incident that Derek got himself into after doing something that Andrea warned him not to do.

Derek said they have a UV light in the house for disinfection purposes against the coronavirus. When he saw that the light was flickering, he wanted to fix it as someone who likes to fix things.

Andrea tried to put some eye drops to Derek’s eyes but he just screamed in pain. She was wondering why Derek was screaming from pain so she decided to apply some eye drops to herself but felt no pain. That’s when Torres said that she started to panic so they rushed Derek to the hospital.

Derek turned out to be alright and the hosts were amazed by the brave act of Andrea when she applied the eye drops to herself knowing that it caused Derek some pain. They said that the actress showed true love for Derek when she was willing to risk her safety for her partner.

It can be remembered that Torres was already dropping hints about taking her relationship with Derek to the next level during an interview with PEP.ph around June.

She said, “It’s really not about the length but the quality of the relationship that matters.”

Derek also mentioned that Andrea is the one that he is planning to marry which made the actress happy. Andrea also said that she has been praying for a wedding with her partner.

“Siyempre masayang-masaya ako and flattered na marinig yun from him. Kasi, yun din ang pinagdarasal ko talaga. All in ako sa relationship, that’s why I never get into one half-hearted. So, we’re in the same direction,” she said.

Derek and Andrea’s relationship started when they were paired up for the GMA Network primetime series The Better Woman, which aired from July 1 and concluded on September 27, 2019.

Despite the 13-year gap, Andrea happily shared that it never became an issue between them. “I think, what makes it work is we have the same values and we complement each other in areas where we’re different.”

The post Derek Ramsay and Andrea Torres reveals plans of taking their relationship to marriage appeared first on LionhearTV.

0
0   0
previous Beko gives you the protection you need for your clothes
next Melanie C releases hugely-anticipated, self-titled album available today