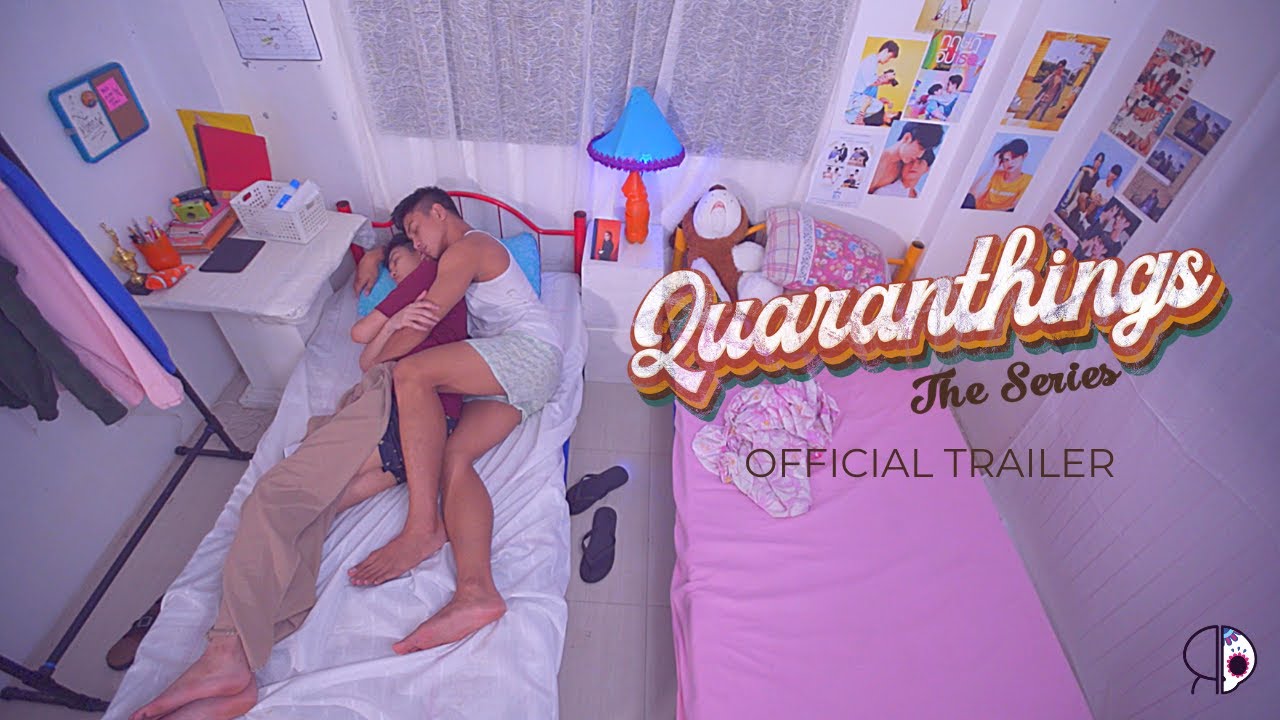 RIDE OR DIE
ACTORS: Royce Cabrera, Kyo Quijano, Gina Pareño, Jan Silverio, Karl Zarate
FORMAT: WEB SERIES
PREMISE: Two housemates are stuck together for the first time under one roof, giving them the rare opportunity to look at themselves, understand who they are, and learn what they are looking for
WHERE TO WATCH: RIDE OR DIE’s Official YouTube Channel

Quaranthings’ beautifully written script is sufficiently complemented by its two lead actors with outstanding performances. The series’ take on heavier societal themes that are rarely tackled in BL dramas, will excite and warm the hearts of faithful followers of the genre.

Ride or Die’s ‘Quaranthings: The Series’ often sad tone, sets itself apart from the usual breezy and lighthearted mood of the Boys’ love genre. While this is not the first time a series like this puts the usual BL motifs under tighter scrutiny, ‘Quaranthings’ impressive fashion of delving into its themes is an emotional delight and a breath of fresh air.

In the series, Judah (Quijano) decides to stay at his rented apartment throughout the quarantine period, believing he would have his best friend, to stay in the house with, now that the rest of his housemates have gone home. To his surprise, it’s not actually his ‘beshy’ he is going to share the house with, but someone else whom he hasn’t had any conversation with. Rocky (Royce Cabrera) does not have the pandemic his only problem; he has a couple of others, and navigating his life at a time when options to do so are utterly limited, makes dealing with them even harder.

‘Quaranthings’ is easily relatable － not because it takes the current pandemic as a backdrop, and that everyone is affected by all these quarantine dilemmas, but more importantly, of its more realistic shredding of issues that could be easily perceived as an immediate complication in a plot, like homosexuality, sexual harassment, labor malpractices, among many others. These are rarely pondered themes in the context of BL dramas, only being subtly touched with sentimental perspective, but here, the task to shed light on those delicate subjects is shouldered as if it is an important job that needs to be done right － with sensitivity and honesty, that is.

That being said, the inherent lightness of Boys’ love as a genre, still persists in the story, keeping it to a level meant to not overwhelm audiences who, are more used to feeling the heartwarming lightheartedness of BL dramas, and their idealistic take of societal issues and complexities. There is always a conscious effort not to dwell too long on those issues, with humor almost always being injected to neutralize sentimental moments. The plot also intermittently make detours to mundane affairs, like Judah’s hilarious convos with his beshy (Karl Zarate), and his petty revolt against his orgmates.

The series’ relentless depiction of moments like this pandemic as an opportunity to understand ourselves better, creates a very compelling invitation for audiences to stay until this story about discovery completely unfolds. For a plot that almost only focus on two lead characters －here, we have Judah and Rocky－’Quaranthings’ covers an impressive array of arguments. And while those arguments don’t seem to undermine the developments in the relationship of Rocky and Judah, its strong presence in their storyline makes Quaranthings’ truly exceptional.

Watch the trailer for the web series below: