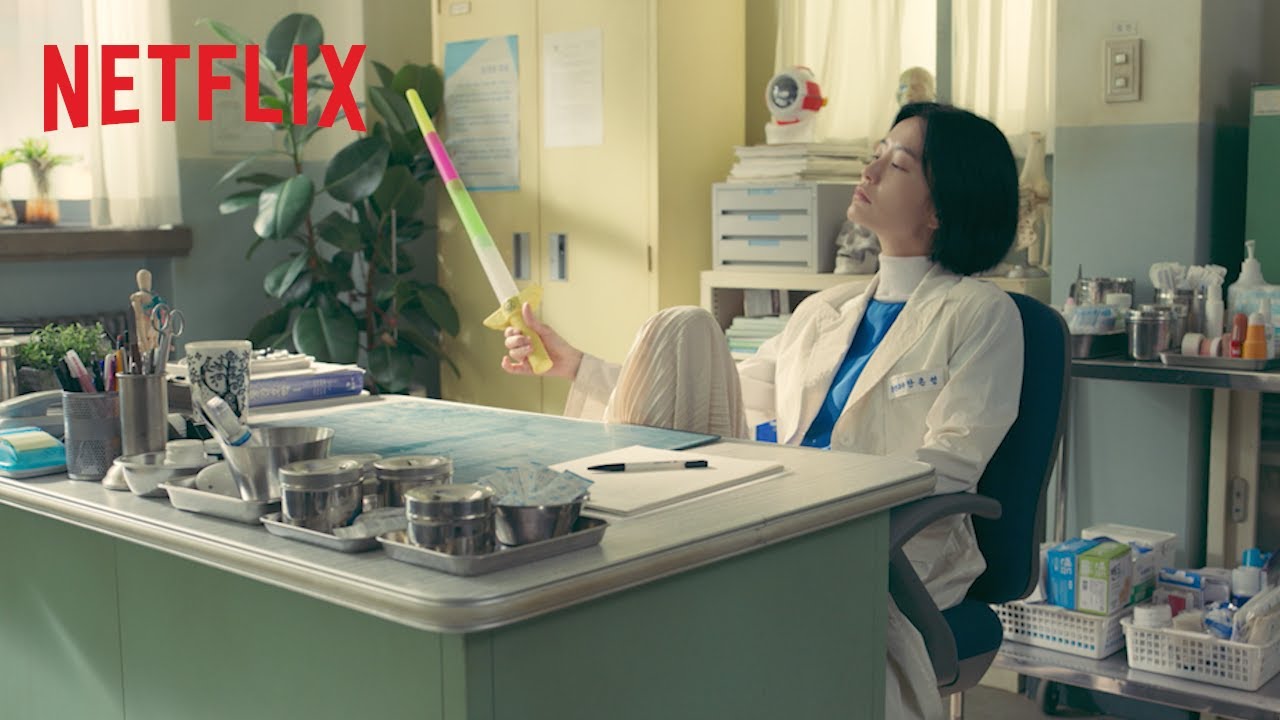 Philippines Entertainment
September 16, 2020
Under One Ceiling 0

Put your hand up if you want to know the secrets of the jellies! The answer awaits you here. Get pulled into the extraordinary world of The School Nurse Files!

Netflix, the world’s leading streaming entertainment service, has released a featurette for the main characters of The School Nurse Files. This upbeat fantasy series is about a school nurse named Ahn Eun-young who, unlike her unremarkable name, has the uncanny ability to see supernatural jellies that are invisible to others. She discovers peculiar mysteries at her new school and tackles these problems with the help of the Classical Chinese teacher Hong In-pyo.

The released featurette contains the behind-the-scenes story of the actors Jung Yu-mi and Nam Joo-hyuk as they transform into their dynamic characters. Director Lee Kyoung-mi presents The School Nurse Files as “a story that develops a new kind of a heroine.” The two lead actors unanimously praised the show for its fresh content. They show great enthusiasm for the production in the featurette’s interviews. What excites the three of them the most is the unique and charming characters. Of particular interest is how Jung Yu-mi transforms herself into the role of Ahn Eun-young. She was the top pick of fans of the original novel to take on the part. Armed with a rainbow sword and a BB gun, Ahn Eun-young has the extraordinary power to see mysterious contaminated jellies. Only she can defeat these strange incarnations of the vestiges of human desire. Jung Yu-mi, who completely immersed herself in the role, expressed her great joy “in creating synergy in playing the role of Ahn Eun-young.” Hong In-pyo, who is a Classical Chinese teacher and the grandson of the school’s founder, is enveloped in a safety net of positive energy and can recharge Ahn Eun-young’s energies while holding her hand. Director Lee Kyoung-mi confidently said that the viewers will be “surprised to see how charming In-pyo can be in the hands of Nam Joo-hyuk.” Jung Yu-mi also did not hold back in lauding him for being “dependable and very quick on his feet.” Their praise puts the spotlight on Nam and his nuanced portrayal of Hong In-pyo.

The inseparable relationship between the two main characters also receives attention. Director Lee Kyoung-mi said that “Eun-young lives in a world of mysterious powers where she cannot be complete without In-pyo,” and that “the two cannot be separated.” Nam Joo-hyuk echoed this sentiment saying that Ahn Eun-young and Nam Joo-hyuk are irreplaceable to each other. Ahn Eun-young has always fought a lonely battle in a world incomprehensible to others, and Hong In-pyo has distanced himself from others, hiding his disabled leg inside wide pants. Director Lee Kyoung-mi aims to tell a heartfelt story in their coming together as two imperfect people who create a new world for themselves. In doing so, each grows to become a better person in a special, mutually beneficial relationship.

Watch the featurette below:

The post Get to Know the Characters of New K-Drama ‘The School Nurse Files’ appeared first on Starmometer.

0
0   0
previous Which Trendy Flavor are you: Red Velvet or Salted Caramel?
next Info-Sharing App ‘Sharea’ Aims to Foster Digital Bayanihan in Communities