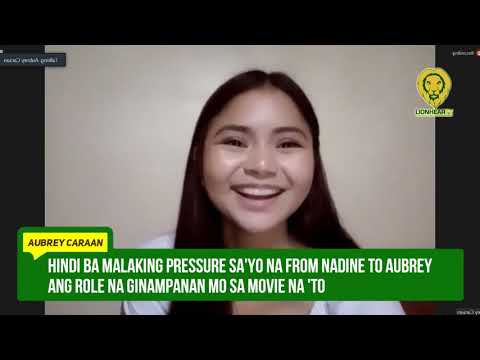 Philippines Entertainment
September 13, 2021
Under One Ceiling 0

Film director Darryl Yap defended Aubrey Caraan and Marco Gallo, the newest lead for Ang Manananggal na Nahahati ang Puso, saying on September 8 that he does not see Nadine Lustre and James Reid as stars of the movie anymore.

Originally, Vivamax’s newest film was intended for JaDine. However, the film production company decided to have Caraan and Gallo, which the director calls MacBie.

The director also felt it was ‘unfair’ for them to be compared to two of the biggest stars in the industry, noting that they deserve this break.

“It will be very unfair to compare these actors. But as an audience no’ng hindi pa ako nagdi-direct, I always had a fixation to work with the biggest stars.”

Although it was hard to deny that Lustre and Reid were talented, Yap made sure to point out the potential of Caraan and Gallo, stressing that the movie was ‘destined’ for them.

“But if you give me the chance to—Aubrey and Marco, I’m telling you, napakagaling nila sa pelikulang ito.

“The making of the movie was not originally made for those two actors. Yun pala nakatadhana para sa dalawang ‘to.

If the movie did continue having JaDine, Yap said it would have been a “very beautiful movie”. However, upon seeing Caraan and Gallo work, the director concluded that it became more than just an excellent film.

“I think landing with Aubrey and Marco, the movie is more than beautiful. The movie is truthful, truly an experience of artistry,” he described.

Meanwhile, Caraan, despite the pressure of replacing Lustre in the film, grabbed the chance to give her all.

Aside from the two, the movie also includes Chad Kinis, Lassy Marquez, and MC Calaquian of Beks Batallion.