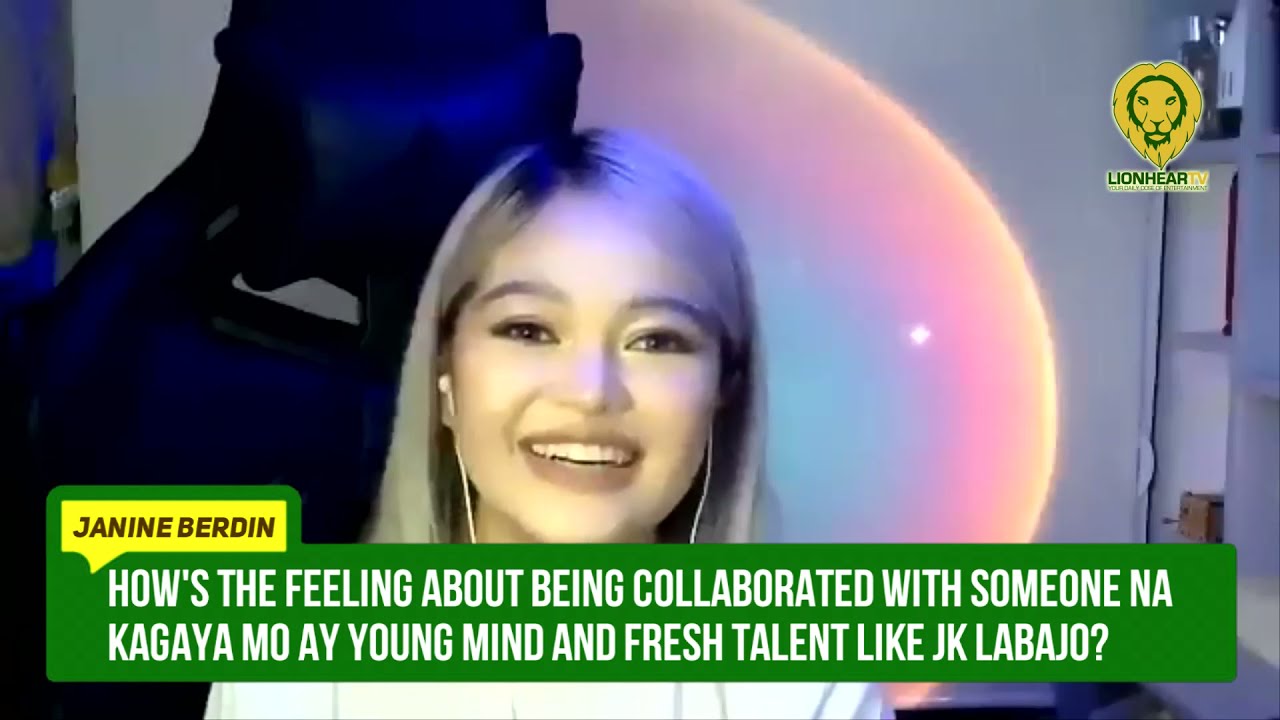 Singer-songwriter Janine Berdin, together with her arranger and producer, fellow singer-songwriter Juan Karlos Labajo, on Monday, November 15, revealed that they came up with the idea of collaborating for the song Pagod Na Ako after conversing on the social media platform Instagram.

In the virtual media conference for the song, Berdin narrated how Labajo asked if she wrote her own songs.

“Sobrang random lang actually kasi we haven’t even met in real life. Like nag-usap lang kami online and just the day after he took a break from social media, nagka-exchange kami ulit about music and stuff. Then he asked me if I wrote songs. Tapos I let him hear it, I sent him like a folder full of my songs,” she said.

After sending a folder full of drafts, the 19-year old singer admitted she became anxious after Labajo did not reply to her for a couple of days.

When she finally received a reply, she revealed saying, “And then sinabi niya, ‘Sige punta tayo sa studio and let’s work on you know, just music.”

Labajo did agree to the collaboration and Berdin could not believe that two Cebuanos will be working together on the song.

Berdin also shared how she idolized Labajo and admitted she became extra careful about her behavior not to upset him.

“You know, even if like parang umabot sa point na sabi ko, ‘Oh my gosh I can’t talk to him.’

“Ang hirap lang na I can’t talk to him kasi parang feeling ko a small mistake baka maiba ang tingin niya sa akin. But he’s made me feel na I should just really focus on my music and he’s here to help me with that.”

Meanwhile, Labajo said he stumbled upon a girl, who won the 2018 Tawag ng Tanghalan while scrolling around social media. He then lauded Berdin’s songwriting ability, adding he would regret it if he passed up on the opportunity.

“I think I messaged her on Instagram or something and sabi ko I was interested to find out if she had any songs that she made herself. And ayun, she has lots of songs actually that she wrote and sobrang ganda, sobrang ganda.

“I know in my lifetime na pagsisihan ko if we’re not going to work together. So that’s why we’re here now.”

The post Janine Berdin and JK Labajo collaborate in ‘Pagod Na Ako’ after messaging each other on IG appeared first on LionhearTV.