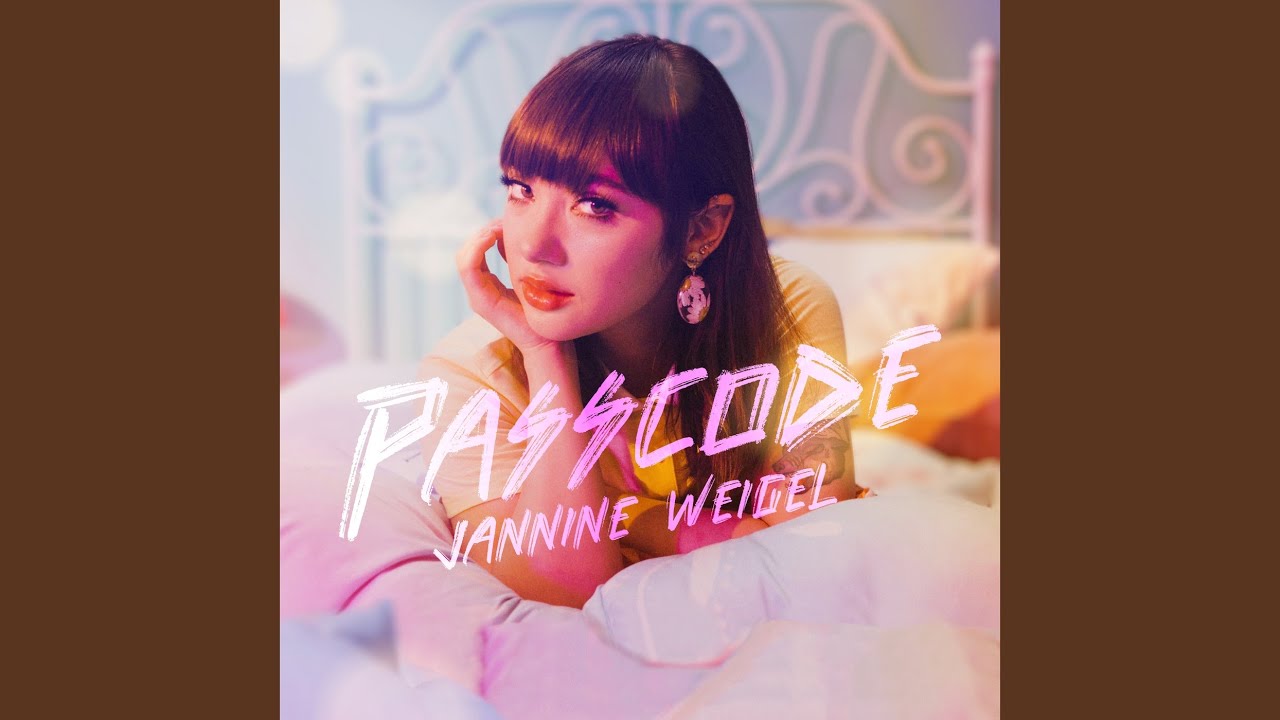 Philippines Entertainment
September 19, 2020
Under One Ceiling 0

Jannine Weigel has officially released her new single ‘Passcode’ via innovative new label, RedRecords.
Produced by the Grammy-nominated record producer Tommy Brown, renowned for his work with Ariana Grande, Chris Brown, Fifth Harmony and more, ‘Passcode’ is a euphoric dance-pop anthem. It was co-written by Canadian singer-songwriter Jessie Reyez and it’s a song equipped with the sort of irresistible chorus that’s bound to get stuck in your head.

The single is accompanied by a dazzling music video directed by Philip Rom Kulleh. Some of Malaysia and Thailand’s biggest TikTok influencers feature amongst the cast of the video, shot and produced in Kuala Lumpur, Malaysia.

The single marks the arrival of a new wave of Asian pop music. A-Pop is ready for its moment in the spotlight. It’s a fitting global introduction for Weigel, who is already a superstar in Thailand. “I’m so excited for everyone to hear ‘Passcode’,” she says. “I love that it captures my personality perfectly – fun and bubbly, but with a little bit of an edge.”

Weigel is an artist who connects on a universal scale at the same time as forming an intimate bond with her fans. Her infectious personality has already helped her reach eye-popping numbers on social media. She has 3.6 million subscribers on YouTube, 3.2 million followers on Facebook, 1.7 million on Instagram and more than 500,000 on TikTok. She’s an artistic force of nature. Although she has only just turned 20, Weigel has already had a successful career as an actor, model and influencer. But singing has always been her biggest passion. “Singing is what truly makes me happy,” she says. “I love how music can affect people and how a song can evoke raw emotions in all of us.”

Born in Steinfurt, Germany, Weigel moved to Thailand when she was 10. She made her first musical waves when, as a teenager, she would upload cover versions of her favourite songs to her YouTube channel. A mix of her natural charisma and that mesmerising voice soon found a huge audience and Weigel became the first Thai singer to receive YouTube’s highly-coveted Gold Button.

Weigel is an apt first signing for RedRecords, the exciting new joint venture between AirAsia and Universal Music Group. The label is committed to shining a light on the talent that lies within ASEAN, devoted to developing Asian artists and putting Asian pop music on a global platform. It’s a region full of pop superstars waiting to be heard. RedRecords CEO Hassan Choudhury remarks, “When [CEO of AirAsia Group] Tony Fernandes and I became aware of Jannine, our backgrounds in music and entertainment told us that this was an artist primed for worldwide success.” He continues, “With the ambition we have for RedRecords, along with the extensive global marketing resources at our disposal, Jannine was the obvious choice as our first signing,” says Choudhury.

In the US, RedRecords have partnered with iconic label Def Jam Recordings, where artists such as Kanye West, Justin Bieber and Alessia Cara are continuing its illustrious history, to release Jannine’s music. It’s the sort of lineage to which Weigel belongs. “I want to be able to inspire people out there,” she says. I feel like I’m proof that as long as you never give up, anyone can have a shot at achieving their dreams, no matter where they come from.” A daring new talent in pop music has arrived. ‘Passcode’ is just the beginning for Jannine Weigel and RedRecords.

0
0   0
previous Are You Thinking of Moving to Houston?
next Smart Gives Back to Subscribers in Month-Long ‘Smart GigaFest’ Celebrations