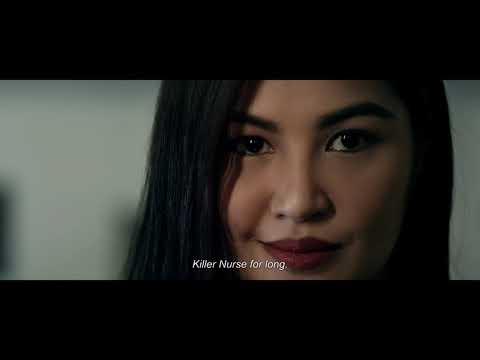 Philippines Entertainment
December 16, 2021
Under One Ceiling 0

How to Cook Lobster Tails Perfectly, Every Single Time

Thanks for Preordering! Your Cookbook Is at the Bottom of the Atlantic Ocean.

“Considering the circumstances of the pandemic, it is timely, probably high time, to give honor and commendation to our health and medical workers, especially nurses, doctors, and other allied services, and that this movie may be or will be related to their functions in serving the public as well.” This was the statement of Atty. Aldwin Alegre, producer of the 2021 Metro Manila Film Festival (MMFF) Nelia, at the virtual press conference held for the film on December 11.

Nelia is the only suspense thriller that made it to this year’s festival. It’s about a nurse who tries to uncover the mystery behind the deaths of patients in Room 009 and also discusses the issue of mental health among others.

According to Nelia’s co-producer and screenwriter Atty. Melanie Honey Quiño, it was not A and Q Films Production’s intention at first to make a film about nurses and doctors. “Actually, before the pandemic, we were planning to make educational movies, but it was cancelled or postponed maybe for next year,” she said. It’s a wonderful coincidence that the main characters in Nelia happen to be nurses and doctors, who are considered heroes because of their service and sacrifice in the fight against COVID-19.

Although Nelia’s story is fictional, Atty. Quiño emphasizes how the film shows the importance of health and medical workers in our daily life. “Doctors and nurses have a soft spot in my heart because they help and take care of us when we are sick. So it is very timely that we are presenting their story during the pandemic.”

Aside from this, what else inspired A and Q to make Nelia into a full length film was the impact of the pandemic on the Filipino film industry, especially the film industry workers who lost their jobs in the past year. “I was once asked if we considered the possible profit we could earn from the film because we are still in a pandemic, but we didn’t really think about making a profit. We thought about how we could be of help to the industry people who lost their jobs. Instead of just giving them ayuda, maybe it would be better if we give them jobs,” said Atty. Quiño.

Nelia also discusses the issue of mental health and Atty. Quiño hopes that the film will help open the minds of many people who still do not believe in the importance of taking care of people’s mental health, especially in this time of pandemic. “During the filming, we consulted with psychiatrists to find out what the real condition of people with schizophrenia is, because we want people to see what they are going through. Hopefully, when they watch Nelia, we can encourage people with mental health conditions to seek professional help as well,” said Atty. Quiño.

Nelia will be screened on December 25 in select theaters in Luzon, Visayas, and Mindanao. It stars Winwyn Marquez, Raymond Bagatsing, Mon Confiado, Ali Forbes, Shido Roxas, and Juan Carlos Galano, and is directed by Lester Dimaranan.

Watch the official trailer of “Nelia” below: