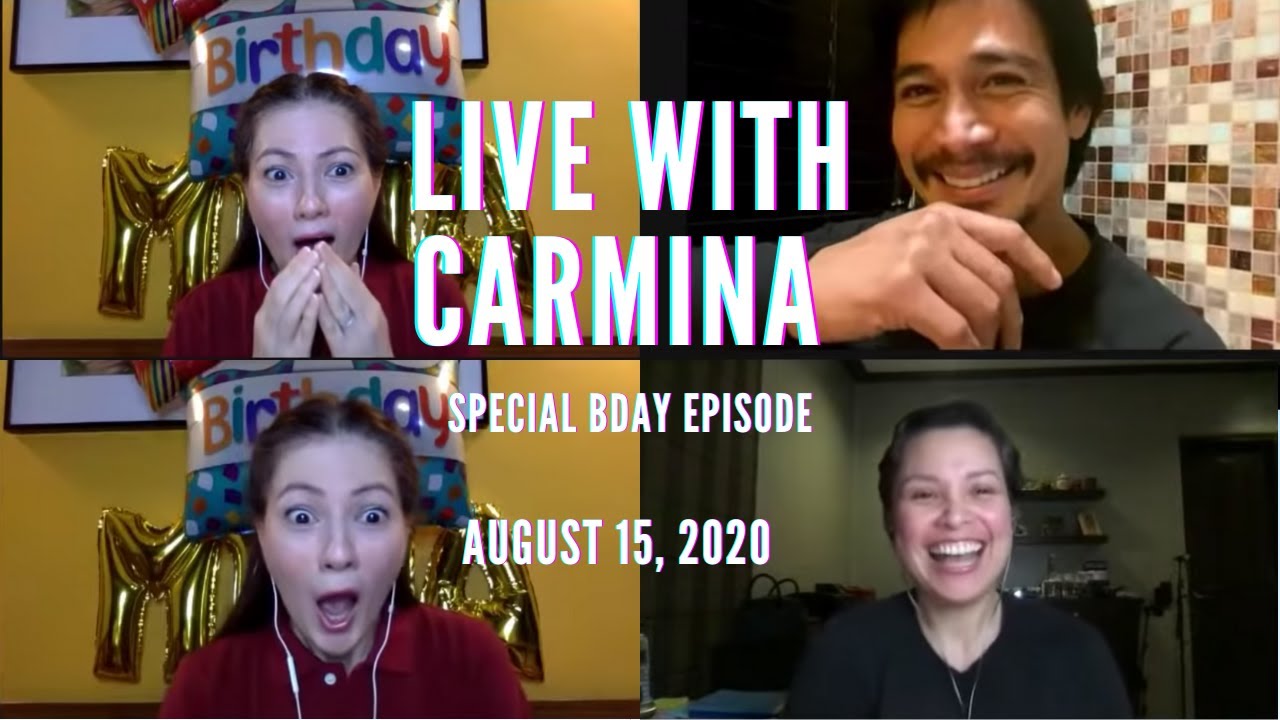 A conversation turned out to be a funny revelation when actress Carmina Villarroel revealed that she and actor Piolo Pascual almost got together in a romantic relationship.

In a live birthday streaming last August 15 for Carmina, one of those who greeted the Kapuso star was Piolo Pascual and this surprised Carmina.

When Piolo and Carmina talked online, their closeness was noticeable and Carmina let it slip just how close they were.

Carmina even joked that she had even come to decide that she will court Piolo. “Ito kasi eh kulang na lang ako lumigaw diyan eh.”

Piolo then recalled one of his fondest memories with Carmina where they had a group date with his kuya and Carmina’s best friend, Tessie.

“My sister-in-law who gave my brother two beautiful kids who are now 18 or 19 and they’re all grown-up na. We had a double date.

“It was their first time to meet, ‘di ba? Kuya and si Tessie. Tessie, my kuya’s wife, [who] is Mina’s best friend.”

Even though they did not end up together, two important people in their lives got together instead, Piolo shared.

“They ended up as a couple. They ended up together. So ‘yun, I think tayo ‘yung naging tulay. If not for us, they wouldn’t be able to meet each other and be husband and wife.”

The live streaming was for the 45th birthday of Sarap, Di Ba? host which had a surprise from her husband Zoren Legaspi and their twins Cassy and Mavy.

Thank you so much for all those who took the time to greet me on my birthday.

I feel so loved!

Despite the quarantine, I had the best bday celebration ever. I love you my family! Thank you to my siblings

bday surprise video will be up soon!

Piolo and Carmina may not have end up together, but Carmina did eventually marry and Rustom Padilla then. They got married in 1994 but separated in 1997.

Their marriage was annulled in 2002. It was in 2016 when Rustom, now known as BB Gandanghari, revealed her true identity as a transgender woman.