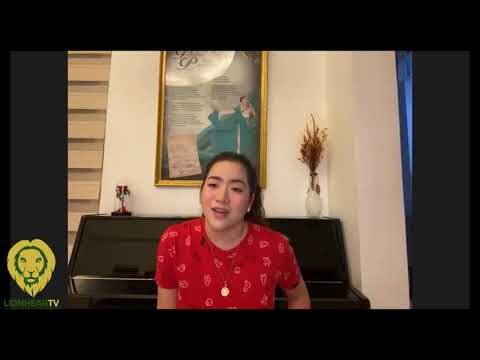 Angeline Quinto admitted that she is currently in love with a man that she has yet to introduce to the public. The singer and host of the YouTube program Padalove confessed during an interview with Toni Gonzaga for the Kapamilya online show I Feel U that this man is making her heart happy.

Quinto hopes that she can eventually introduce the man to Mama Bob.

Angeline Quinto is one of the popular singers in the Country. Her career started after winning the first and only season of “Star Power.”

Quinto has also been subject to romantic controversies over the years.

She is currently the host of the YouTube love advice program, Padalove in which she reads and listens to love stories from people who send their stories to her channel.

Together with guest celebrities or ‘Advicheer’, the singer-host will give advice and add a theme song at the end of the segment. The YouTube program which is currently in its 2nd season premiered last August 19, 2020.

The post ‘Padalove’ host Angeline Quinto confirms she is in love appeared first on LionhearTV.