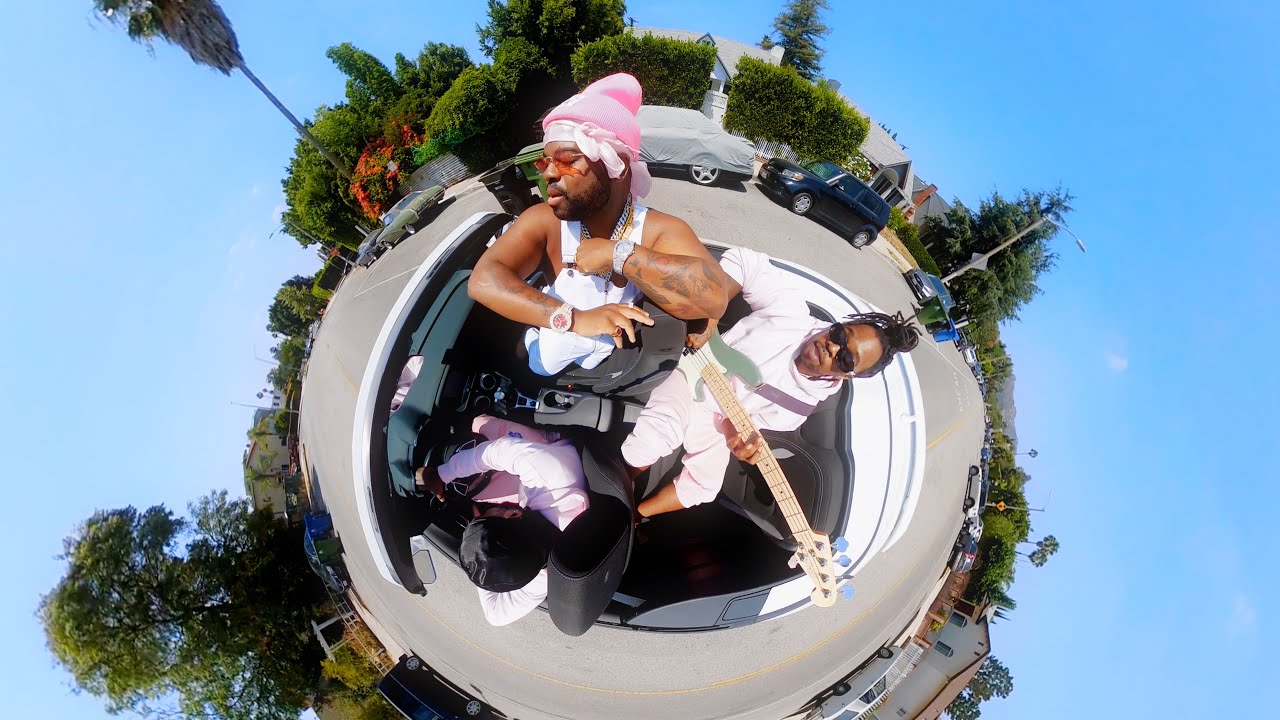 THE PRELUDE is heralded by today’s premiere of a vibrant, dance worthy companion video for “Icy,” streaming now at the official Pink Sweat$ YouTube channel HERE.

As its title suggests, THE PRELUDE precedes Pink Sweat$’s eagerly anticipated debut album, PINK PLANET. Released now to mark the world-changing events of recent months, THE PRELUDE showcases select tracks from the upcoming collection, including the powerful “Not Alright,” available now at all DSPs and streaming services. Released last month alongside a carefully crafted open letter from Pink Sweat$ posted on his popular Instagram, the track was met by critical praise from the likes of HYPEBEAST, which wrote, “The pop-friendly cut features darker lyricism from the singer-songwriter as he touches on life as a Black person in America. With a distressing chorus that sings, ‘I’m not alright/Fighting a war that I’m gon lose/I’m not alright/I can’t do what they say I’m supposed to/I’m not alright’ and a painful verse like ‘I ain’t got no home/I’ve been roaming on this earth forever/Please don’t beat my soul/Cuz that’s the only thing I treasure,’ he gracefully narrates the terrifying environment Black people are born into.”

Pink Sweat$ will celebrate the long anticipated release of THE PRELUDE with “THE PRELUDE LIVE,” a very special livestream event set for Friday, July 24th at 9PM ET/6PM PT. The at-home performance will see the Philadelphia, PA-based artist performing tracks from the new release alongside favorites from his breakthrough EPs, VOLUME 1 and VOLUME 2. What’s more, fans will have a chance to buy exclusive THE PRELUDE merchandise and chat with Pink Sweat$ after the show. Limited tickets for “THE PRELUDE LIVE” are available now exclusively at http://www.pinksweatsmusic.live.

THE PRELUDE further follows a wide-ranging series of recent releases, including the stellar single, “17,” as well as “Cadillac Drive (Feat. Price),” featured on INSECURE: THE ALBUM, Atlantic Records’ official musical companion to Issa Rae’s Peabody Award-winning HBO series, INSECURE. What’s more, Pink Sweat$ recently teamed with Swedish electronic dance music icons Galantis and Los Angeles-based house duo Ship Wrek for the new single, “Only A Fool,” available now via Big Beat Records for streaming and download; an equally colorful animated video, directed by Medellin, Colombia-based production house Mero Estudio and streaming now at YouTube HERE. “Only A Fool” was received with immediate acclaim, with Dancing Astronaut declaring that Pink Sweat$ “immediately captivates the listener with his smooth singing,” adding, “‘Only A Fool’ is a pop single to its core, and its cheery melody is an uplifting tune that allows Pink Sweat$ to shine while interlacing small moments of surprising production elements in the backdrop that ultimately adds an interesting flair to the song.”

Since his debut EP, VOLUME 1, Pink Sweat$ has fully stepped into the spotlight. “Honesty,” the project’s breakthrough first single, has earned more than 400 million worldwide streams while its official companion video boasts nearly 34 million views via YouTube HERE. VOLUME 2 – which includes the hit singles “I Know” and “Coke & Henny, Pt. 1”– followed in 2019, drawing praise from such top outlets as Billboard, Complex, Hypebeast, Ones To Watch, and The FADER, among others. Additionally, he achieved a number of other accolades throughout the year including – YouTube’s “Artist on the Rise,” Apple’s Artist “Up Next,” BET’s Amplified Artist, Pandora’s “Artist to Know” and earned himself a nomination for Best New Artist at the 2019 Soul Train Awards.