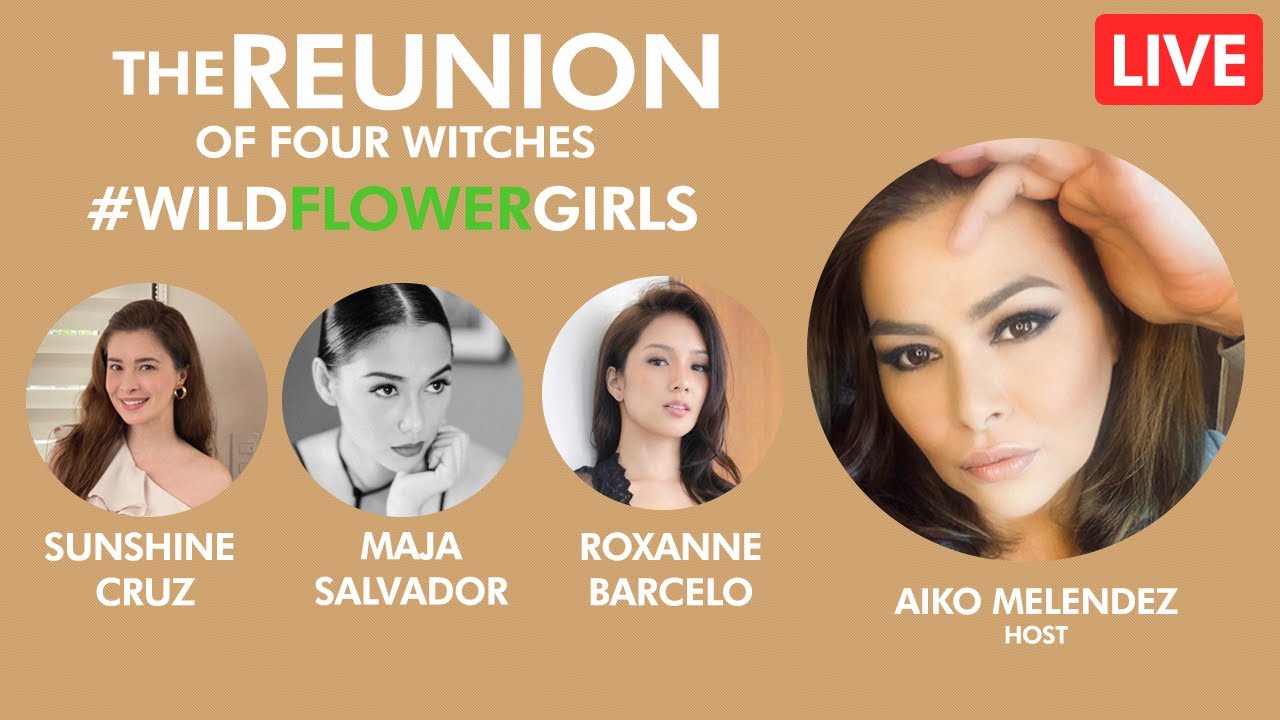 During the online reunion of WildFlower female lead actors,  the first to take the hot seat was Roxanne Barcelo, who played the sly and seductive Natalie Alcantara.

They talked about how she got her job, how it changed her life dramatically, and Natalie’s qualities that she also has. She was then asked if she can name the 3 sexiest men in the Philippines, “Uhm, Piolo, hinde ko p arin [makakalimutan] yung unang beses ko siyang nakita.”

The actress then compared herself to an old commercial of Toni Gonzaga, where Piolo Pascual was also the actor there.

Facilitated by Aiko Melendez, who portrayed the notorious kontrabida Emilia Ardiente-Torillo, through her official YouTube channel, she truly gave her subscribers and the fans of the program a fantastic treat by reuniting with her former co-stars and real-life friends Roxanne Barcelo, Sunshine Cruz, and Maja Salvador.