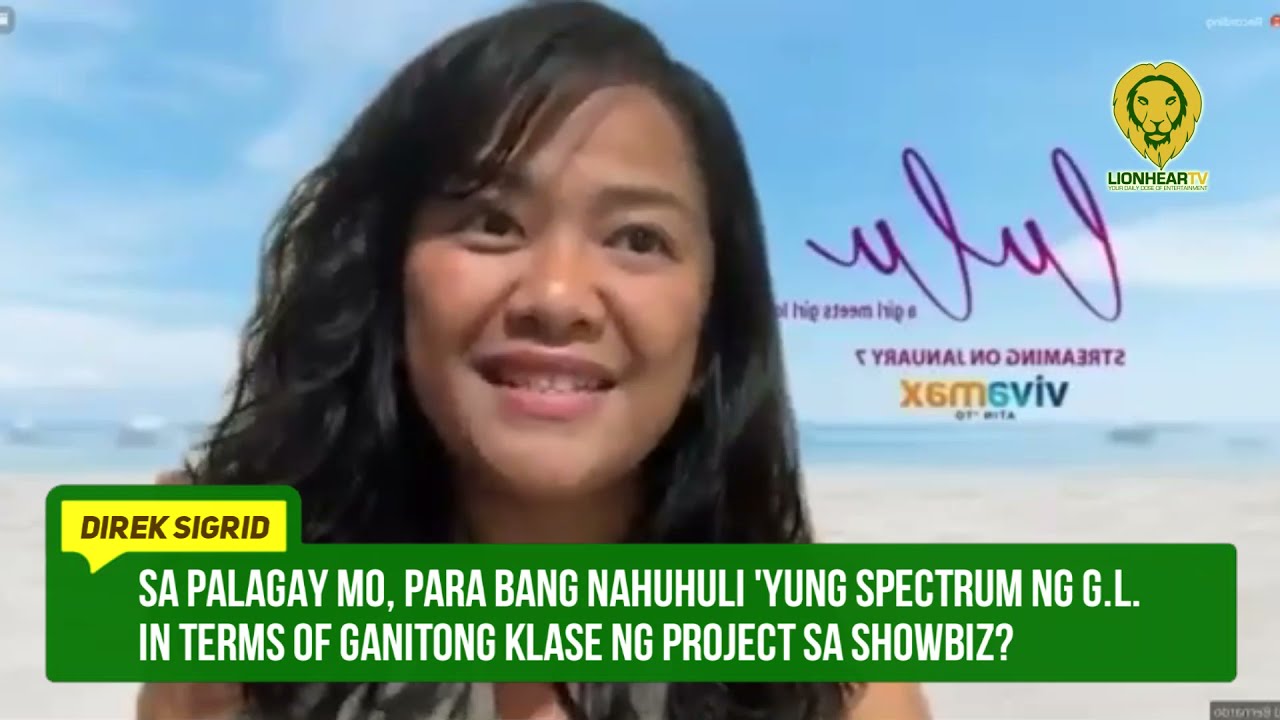 Philippines Entertainment
December 9, 2021
Under One Ceiling 0

Boy’s Love (BL) genre has been gaining popularity in the Philippines, but Girl’s Love (GL) has yet to be known, and it’s time, according to Direk Sigrid Bernardo, on Monday, December 7, to make it popular.

Lulu boasts a team comprised of members of the community and even starred an LGBTQ member.

However, she clarified that the portrayal of gay characters is not exclusive to LGBTQ members as straight actors can definitely don the role.

Bernardo felt that culture has a hand to play when asked why she only made a GL series now. Since time immemorial, men have been known to dominate women, the same with the BL genre being the first to be popularized rather than GL.

Bernardo said she was ready to break the stigma that women are “too emotional,” and Lulu would start.

Rhen Escaño, one of the lead stars in the series, agreed with Bernardo, saying it’s time to make a GL project.

Lulu star Rita Martinez, on the other hand, expressed her desire to spread awareness and help people be open-minded in these kinds of genres.

“This time, thank you kay Direk na at least parang mamulat naman ang mga tao sa kung ano talaga ang nangyayari. Kumbaga this is the reality that everyone is about to see in this show.”

To those who do not accept the genre, Bernardo was fine with it. She said that her projects are her own way of “contributing to society.”

Bernardo also encouraged the LGBTQIA+ members who are facing discrimination to “hang in there.”

“I think lalo na sa generation ngayon, lalo na sa panahon ngayon, nagiging open-minded na ang lahat ng tao. It’s a constant struggle and we just have to live with it na very cruel ang society. That is why it is very important for directors or filmmakers to make these kinds of movies or these kinds of series to help the LGBTQ community to be relevant in society; to continuously tell them that we are also here and we are also human and they should respect us.”

Lulu is a Vivamax original series and is set to premiere on January 7, 2022.

The post Sigrid Bernardo empowers the LGBTQIA+, creates Girl’s Love series ‘Lulu’ instead of another BL appeared first on LionhearTV.