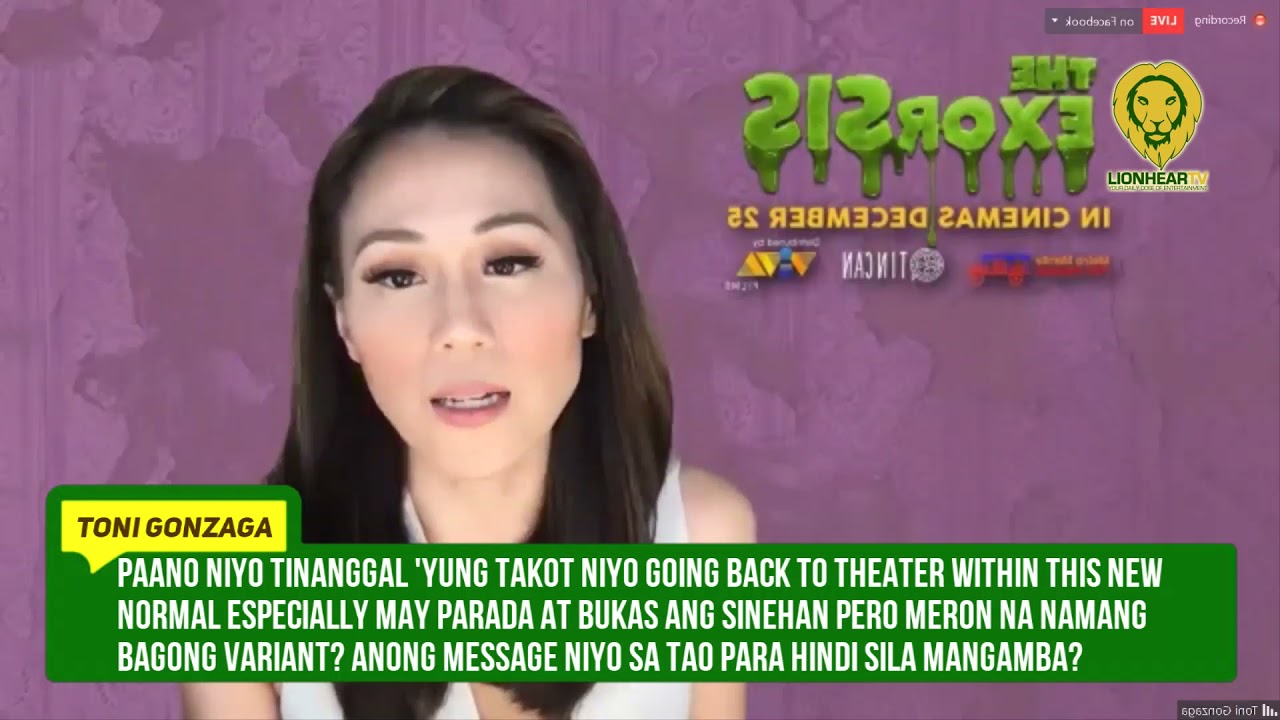 Philippines Entertainment
December 8, 2021
Under One Ceiling 0

On Friday, December 3, Toni Gonzaga revealed that her director and producer husband, Paul Soriano, pushed her to enter the world of film production, hence the name of her company, TinCan.

Three years ago, Gonzaga became a producer by establishing TinCan, with Mary, Marry Me starred her sister Alex Gonzaga and Sam Milby as their debut project.

Gonzaga stressed that her production company’s name TinCan, symbolized that she could also be a producer.

“So parang TinCan do it, TinCan also venture into something different.”

Being a producer, Gonzaga realized the importance of those behind the camera. She admitted her respect for the production crew has increased.

The ExorSis is a collaboration between Gonzaga’s TinCan and Viva.

The actress-host recalled that the partnership was a coincidence since Viva’s boss, Boss Vic Del Rosario, talked with her husband regarding another film.

The ExorSis is set to premiere in cinemas nationwide, December 25.

The post Toni Gonzaga believes she can be a producer, explains venture to producing films appeared first on LionhearTV.