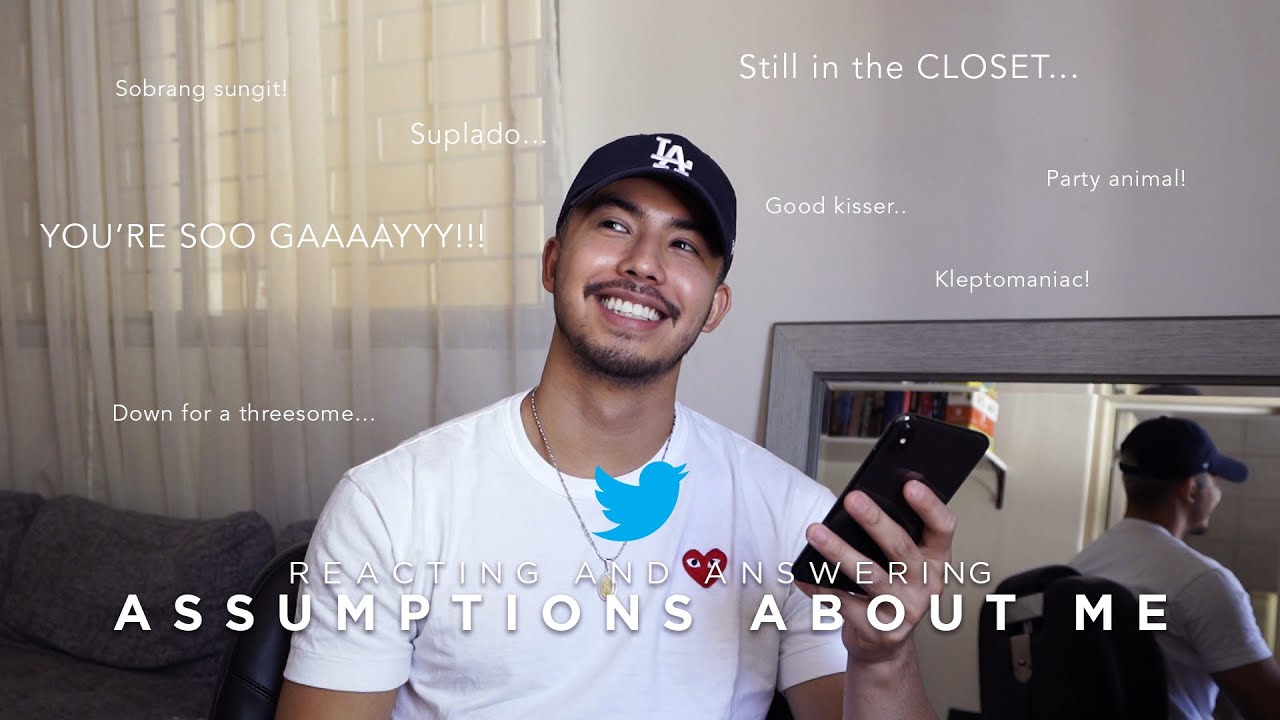 On his YouTube Channel, ‘Hello Stranger’ actor Tony Labrusca confirmed that he used to have nudes or naked photos on his phone.

He noted that he doesn’t have them anymore due to the possibililty of being hacked.

“I used to do this, I don’t know if it really kinky or not. I used to do this, but then I realized that it’s so easy for somebody to hack anybody’s phone these days. So I don’t have any naked pictures of myself on my phone anymore,” said Labrusca.

Labrusca also said that he doesn’t feel comfortable taking naked photos due to showbiz painting him in a sexual light.

“When it comes to my job, I don’t necessarily like being naked and taking off my clothes. I don’t feel comfortable because of the fact that showbiz is painting a picture of me in a sexual light that I’m not in control of,” said Labrusca.

“When I have my phone or if I’m with a friend who’s a photographer and they’re taking sexy pictures photos of me or if I have my shirt off I like that because it’s like I have artistic control of how I want my body to be shown,” said Labrusca.

Labrusca also noted that when he takes photos of himself, he wants to show his body based on how he views himself. He also noted that he only do artistic photoshoots with himself or with his friends.

“When I’m with like my friend. And I usually only shoot with friends or if I’m shooting myself, it’s because I’m showing my body and like how I view myself to be sexy in the way that I want to be seen. I feel like there’s a big difference,” said Labrusca.

In the same video, Labrusca also set the record straight and confirmed that he doesn’t identify himself as homosexual. He also noted that the assumption of him being homosexual tends to undermine his work, but he doesn’t mind these rumors because he knows the truth.

“I don’t mind people assuming this about me. At the end of the day, whether people like it or not, whether it comes to who you’re dating, whether it comes to your sexuality, the truth is always behind closed doors. I love when people make this type of assumption about me because it means people are intrigued by me,” said Labrusca.

The post Tony Labrusca reveals that he used to have nudes on his phone appeared first on LionhearTV.