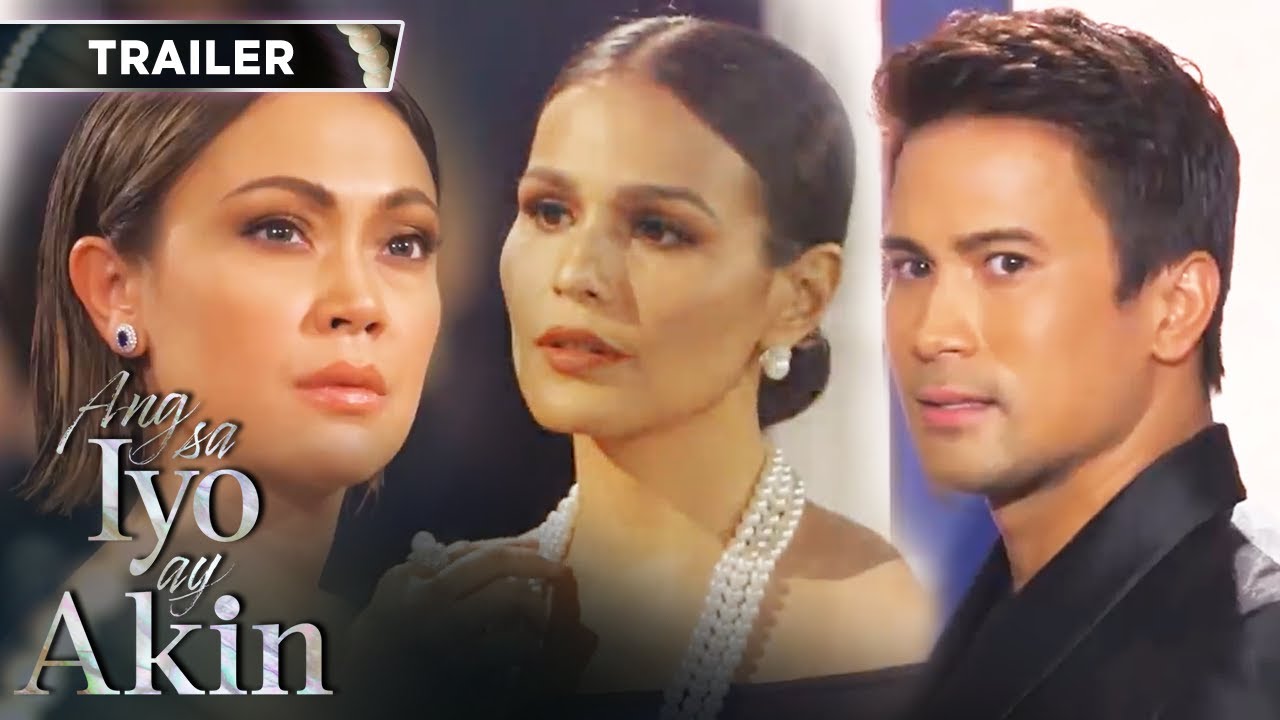 Philippines Entertainment
August 20, 2020
Under One Ceiling 0

IN A NUTSHELL: ‘ANG SA IYO AY AKIN’ is about friendship torn apart by one’s mistake with the consequences suffered by another. A story of a rise from fall, revenge, and what comes in its wake.

A new show with stellar performances from the leads that jive with the show’s explosive drama and satisfying pace, provide the much needed shake-up to a television landscape currently dominated by reruns.

Given that the current covid crisis has practically immobilized the entire entertainment industry, the arrival of ‘Ang Sa Iyo Ay Akin’ comes as a surprise to audiences who by now are already used to seeing only replays of old shows on local television. In the wake of the pandemic, the production of shows was halted as Luzon was placed under lockdown.

For ABS-CBN, whose new franchise application was rejected by Congress on July 10, things may have been a little bit tougher but It didn’t stop the network from giving fresh offerings, one of which is this Jodi Sta.Maria and Iza Calzado-starrer.

If there is only one thing the show can use to sell itself, the performances from the leads are more than enough, although Keiko Aquino’s well-written script will no doubt earn a nod as well. Under FM Reyes’ impeccable direction, both Sta. Maria and Calzado are equally compelling actors who are able to engage in heavy dramatic sequences with ease.

‘Ang Sa Iyo Ay Akin’ is about Marissa (Sta.Maria) and Ellice (Calzado), childhood friends whose stark contrasts in lifestyle and character inevitably endanger the friendship. While rich girl Ellice, is modest and easily contented, poor man’s daughter, Marissa, is ambitious and jealous of Ellice. A boy comes their way and instantly shakes what was previously perceived as an unshakable link between them.

But that never comes close to the destruction brought by the crime that Ellice won’t have a choice but commit. A combination of compassion for her friend and a promise of protection from Jorge Ceñidoza (Lito Pimentel), Ellice’s father, convinces Marissa to take the blame, which places her in prison.

Eventually, Marissa learns of Jorge’s deceit, and suffers through the horrible consequences of his failure to fulfill his promise, swearing she will have her revenge when she gets out.

What we’ve seen so far is telling us that this show will be hefty with oversized dramatic confrontations, where our two leads will battle in an artistic arena, a stage both Calzado and Sta.Maria are used to be playing in, given both of them came from big soap operas – Pangako Sa’yo for Sta. Maria, Ngayon at Kailanman for Calzado.

Of course, we can not skip the brilliance of the Diamond Star, Maricel Soriano, who as early as the first episode, already gives us a glimpse of her dramatic prowess.

The first two episodes alone, do not waste time to lay out major complications in the story, as it offers hints of how explosive the rivalry between Marissa and Ellic, is going to be.

We can hope of campy moments and exchanges of witty but fierce lines that will surely find themselves in online conversations.

WATCH THE FULL TRAILER BELOW:

0
0   0
previous Loyal Kapamilya? Liza Soberano, Enrique Gil will only leave ABS-CBN if advised by their home network
next Farewell, Internet Explorer: 5 Things We'll "Miss" About It