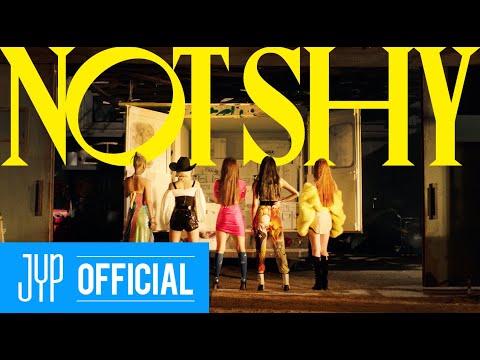 Philippines Entertainment
August 18, 2020
Under One Ceiling 0

Rising K-pop girl group ITZY has released their third mini-album “Not Shy” and the music video for the title track of the same name on Monday, August 17, 2020.

The upbeat music for “Not Shy” was composed by JYP’s Kobee and British songwriter Charlotte Wilson (she also worked with Kang Daniel, ASTRO, and The Boyz). The lyrics was written by JYP Entertainment boss Park Jin Young (not Jin Young of GOT7).

Here are the teaser images for the girls prior to the release of “Not Shy”:

The music video garnered 2,776,961 views in 3 hours with hashtag #ITZY_NotShy currently the no. 1 trending topic on Twitter in several countries including the Philippines.

By the way, ITZY still holds the record for Most Viewed Debut Video by a K-pop Group when they released “Dalla Dalla” last year with 17.1 million views in 24 hours. Can “Not Shy” surpass the success of “Dalla Dalla”?