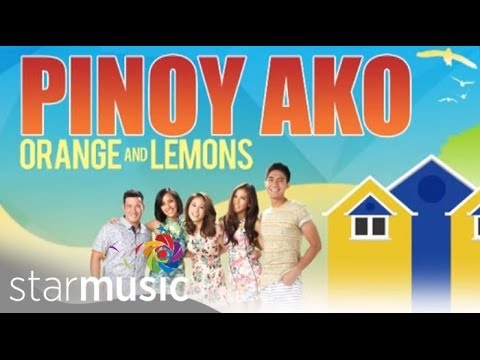 Philippines Entertainment
September 16, 2021
Under One Ceiling 0

As we Filipinos continue to face different challenges with the enduring pandemic, sometimes all we need is to listen to good music to get us through the day.

ABS-CBN’s “Pinoy Big Brother,” which has played a big factor in the lives of Filipinos through iconic moments and talented personalities since 2005, is also home to popular songs that can give you a boost when you need some positive vibes.

The songs don’t just scream Pinoy pride, they also underscore the importance of being true to one’s self, forging strong connections with other people, being brave, and never giving up on chasing dreams. With the return of “PBB” for its 10th season, a new theme song will definitely capture the heart of Filipinos.

Check them out here and be sure to stream them, stat!

1 “Pinoy Ako” by Orange and Lemons

When “PBB” premiered in 2005, the hit Orange and Lemons’ song skyrocketed in music charts and dominated the airwaves for a long time. Most Filipinos still know the song by heart and dance to it as it is a global Pinoy anthem for empowering Filipinos to show their talent to the world.

When “PBB” introduced a teen edition, “Kabataang Pinoy” made a huge splash. It became the perfect theme of every youth event for its high-energy music and great lyrics that encourage the Filipino youth to do their best as they are the future of the country.

Sam and Toni became a hit love team in the mid-2000s for their undeniable chemistry. It was no wonder why Big Brother also asked his ex-housemate and host to help sing the theme of the “PBB” celebrity editions. Titled “Sikat Ang Pinoy,” the song is an ode to “Pinoy Ako” and also puts the spotlight on Filipino talent that is recognized worldwide.

Besides hosting the eighth season of “PBB,” sisters Toni and Alex also sang the theme song for “PBB Otso” that was aptly titled “Otso Na.” The catchy song was a bop among fans as it highlights the enduring connection of “PBB” and its loyal fan base. “Otso Na” also cleverly plays on the number eight to higlight the lasting bonds formed inside the “PBB” house.

“PBB” is truly a home of songwriters. For “PBB Connect,” “PBB Otso” housemates Jem, Shawntel, Kiara, and Lie got to write and sing the show’s theme song despite quarantine restrictions. “Connected Na Tayo” is all about pursuing dreams together, making it a fan favorite.

For its 10th season, “PBB” collaborated with OPM icon Rico Blanco to reinvent the famous “Pinoy Ako” song. Titled “Pinoy Tayo,” the new theme song of the upcoming season still echoes the message of the original hit with new lyrics and a refreshed arrangement – a perfect song to give you that much needed boost in whatever challenge you’re facing.

The post Why ‘PBB’ songs are the perfect hype songs for Pinoys appeared first on LionhearTV.