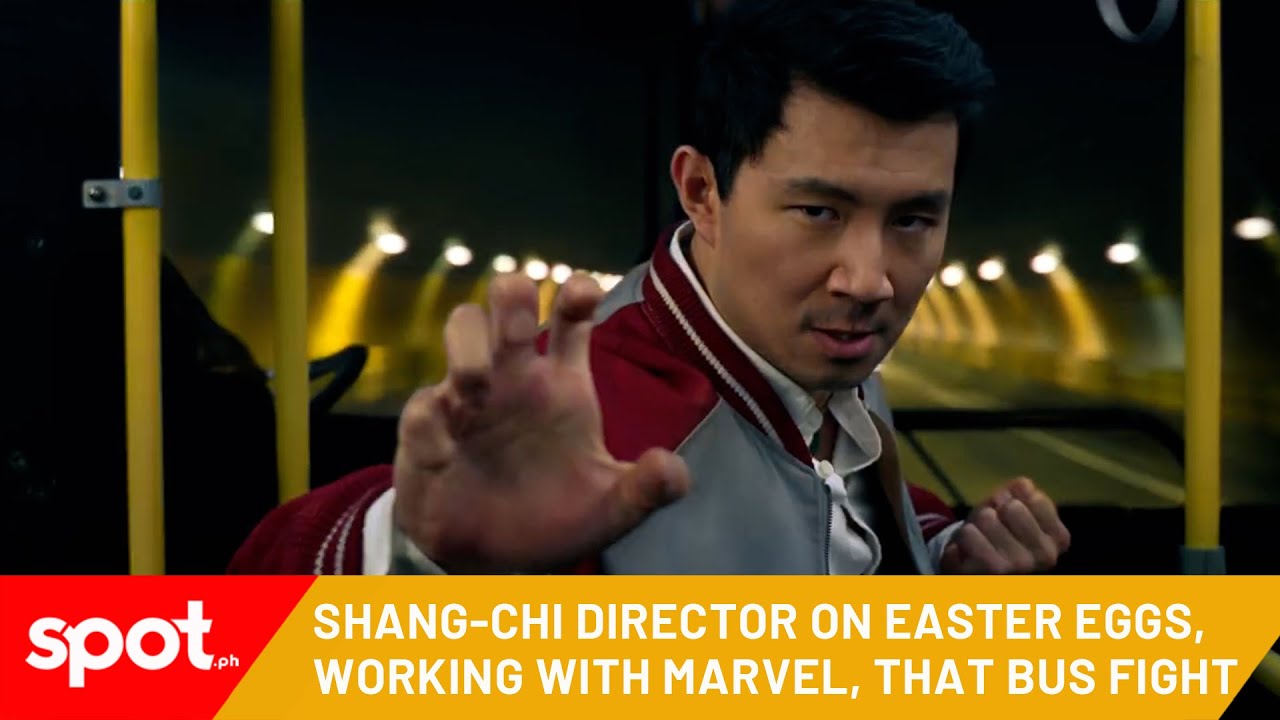 Philippines Entertainment
September 3, 2021
Under One Ceiling 0

Working With Marvel, That Bus Fight + Easter Eggs: Shang-Chi and the Legend of the Ten Rings Director Spills Details

Working With Marvel, That Bus Fight + Easter Eggs: <em>Shang-Chi and the Legend of the Ten Rings</em> Director Spills Details

Working With Marvel, That Bus Fight + Easter Eggs: Shang-Chi and the Legend of the Ten Rings Director Spills Details

(SPOT.ph) “I didn’t think they would actually want me to do this,” Destin Daniel Cretton, director of the latest from the Marvel Cinematic Universe, says with a smile, kind of making us wonder if he himself still can’t quite believe he got the chance to take the helm of one of the year’s most-anticipated movies. That movie, in case you hadn’t heard, is Shang-Chi and the Legend of the Ten Rings, touted as the movie that will usher in “Marvel’s New Era.” It’s also being hailed for being a step towards more diversity in Hollywood.

It’s a lot to put on one movie’s shoulders, but there’s a lot to be excited about regardless—based on a superhero that gained fame in comic books in the ’70s for his skills in kung-fu, Cretton has created a story that revolves around the very relatable themes of family and identity, but with the wisecracking banter and kickass action that have become a Marvel movie signature.

“I definitely wanted to just tell a story that I would want to see with characters that I would fall in love with,” Cretton shares in an interview with Spot. You can tell he’s put a lot of careful thought into the people who would breathe life into those characters: Shang-Chi and the Legend of the Ten Rings puts together a cast that includes respected veterans like Michelle Yeoh and Tony Leung, along with Awkwafina and Simu Liu. Liu stayed pretty much under the radar as one of the leads in the Canadian sitcom Kim’s Convenience, and talked to us about what it’s like to be Marvel’s latest superhero.

Watch the rest of our interview with Shang-Chi and the Legend of the Ten Rings director Destin Daniel Cretton below to get a first-hand account of what it’s like to pitch a story to Marvel, how that awesome bus scene came about, and his tips about the easter eggs to watch for.