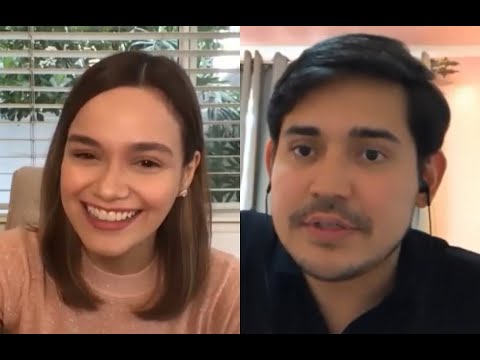 27 Best Dark Lipstick Shades for Fall and Beyond

What types of beauty products are you purchasing less of?

Do Hair Growth Supplements Work? What to Know Before You Buy

At the press conference for I Can See You: The Promise, actress Yasmien Kurdi admitted that Paolo Contis bullied her during her early years in showbiz.

Yasmien recounted her early years wherein her male co-stars used to tease her on set. Paolo was one of the boys who used to bully her.

Paolo, on the other hand, acknowledged Yasmien as an actress but admitted that it will not stop him from bullying Yasmien.

“Naniniwala ako na si Yas is a very good actress. Magaling sya but it will not stop me from bullying her anytime soon,” Paolo admitted.

Their banter continued with Paolo acknowledging Yasmien’s growth and lauding her for one of their scenes.

Then, Yasmien recalled her early days as a fan of Paolo to which Paolo jokingly replied that she shouldn’t list all of his old projects.

Paolo and Yasmien used to work together in the GMA Network TV show Yagit. Now, they are together again for the one-week anthology series I Can See You: The Promise. It also includes Benjamin Alves, and Andrea Torres and will air starting October 5.

The post Yasmien Kurdi admits that she was bullied by Paolo Contis during her early years in showbiz appeared first on LionhearTV.