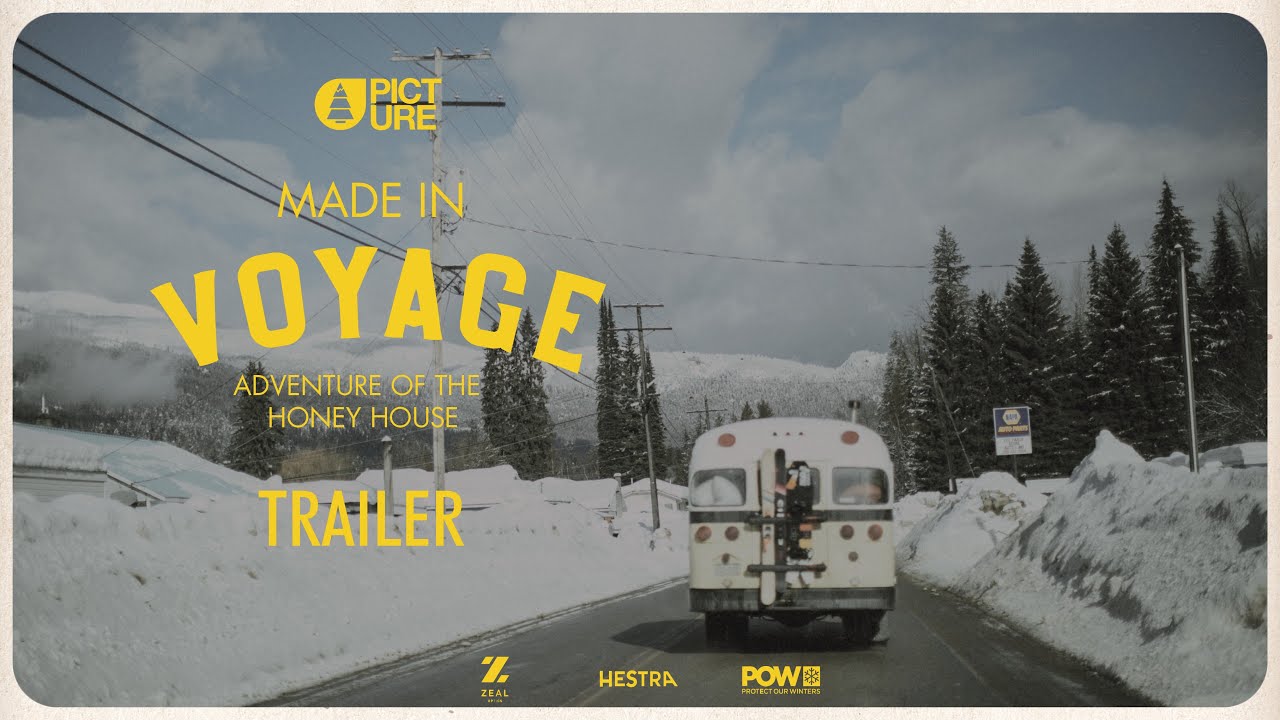 This article originally appeared on Powder.com and was republished with permission.

Ever seen an abandoned school bus and been tempted to create the ultimate adventure rig? Cody Cirillo and Kellyn Wilson did just that, and their new film Made in Voyage: Adventure of the Honey House, sees that choice through all its inevitable consequences, the dark and the light. The new film from Picture Organic follows the pair as they seek out deep snow, and a simpler way of life in their 1960s school bus. The couple make their way through Utah, Washington, and BC with the help of Micah Evangelista, Ian Hamilton, and Thomas Delfino.

“We skied blower powder conditions across the country, broke down more times than there are fingers to count, shared laughs and beers with new and old friends, and had unforgettable experiences where we lived fully in the present,” recalled Cirillo. “We hope that people come away from the film with a sense of adventure, an understanding that the ups and downs of the journey are all beautiful, and ultimately hope that it inspires them to take the first step towards their own dreams and desires.”

Due to COVID-related limitations, Picture will host a digital “tour” of the film en lieu of in-person screenings. Based on time zones, the film will premiere on three different evenings throughout November via YouTube Premieres. This platform makes it possible to live stream pre-recorded films and includes an interactive chat function. Immediately following each screening, a live Q&A session with the athletes and the creative team will take place, along with giveaways from Picture and supporting brands, Faction, Zeal, and Hestra.

See the trailer here and learn more at Picture’s site.

How Forgetting My Phone Led to an Unforgettable Day of Skiing