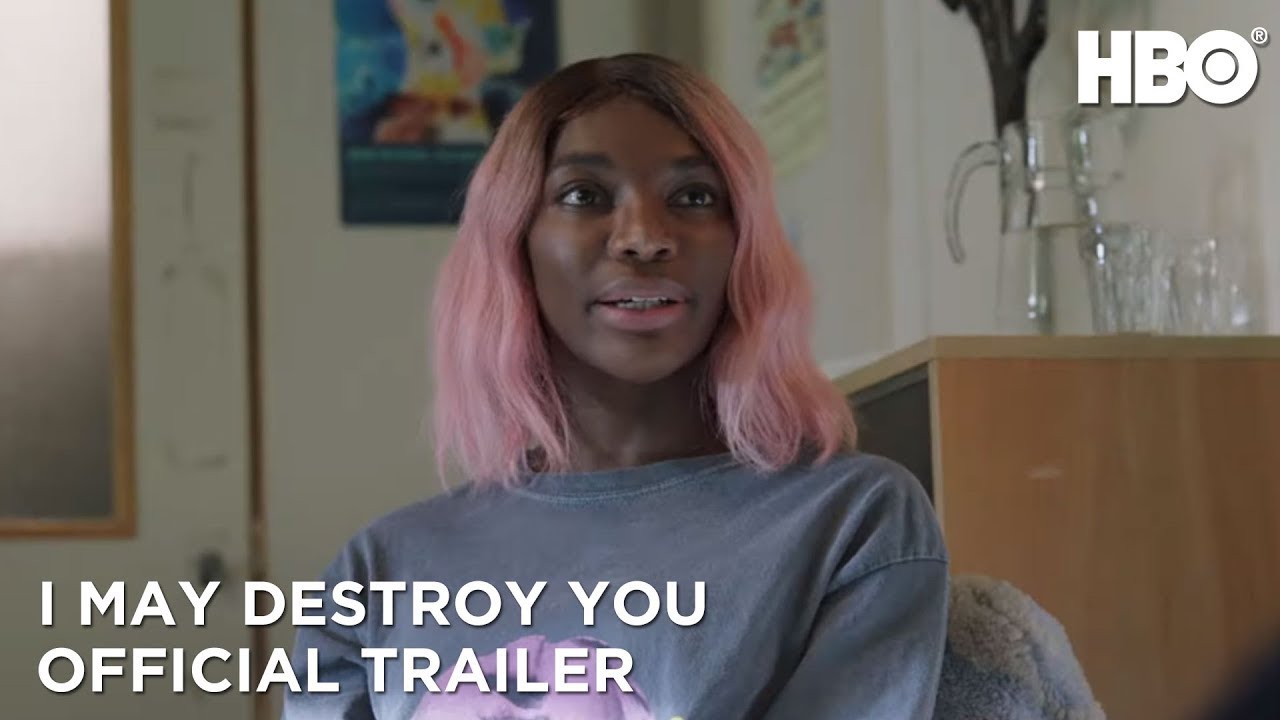 What the Proposed Ban on WeChat Means for NYC Chinese Restaurants

October is Women’s History Month here in Canada, and to help you celebrate we rounded up the most empowering female-led TV shows you can stream on platforms like Netflix, Crave and Apple TV+ this month, and beyond.

I May Destroy You
This deeply probing and unsettling British series fictionalizes the story of writer/star Michaela Coel’s own sexual assault, and chronicles the lead character’s struggle not just to piece together memories of the assault, but her journey towards overcoming the trauma.

Vida
Set in the Eastside neighbourhood of LA, this show follows two Mexican-American sisters who inherit a failing bar from their late mother. In dealing with gender identity, sexuality, gentrification and grief, Vida adds multiple layers to this complex sibling drama.

P-Valley
Based on a critically acclaimed play, P-Valley follows the lives of the employees at The Pynk, a strip club in the Mississippi Delta. Created and directed entirely by women, the show puts the stories of women of colour front and centre.

Betty
This new HBO series is a spin-off of Skate Kitchen, a 2018 film about a group of female skateboarders in New York City. The story is inspired by a real-life group of teenage skaters, some of whom starred in both the film and the series.

Killing Eve
A spy thriller, drama and dark comedy all rolled into one, Killing Eve explores the cat and mouse game between an MI5 agent (played by Sandra Oh) and a psychopathic assassin (played by Jodie Comer). The series recently wrapped its third season, which received multiple nominations at the Emmys last month.

Shrill
Saturday Night Live’s Aidy Bryant plays the lead in this series about a plus-size woman working at a magazine in Portland, Oregon and her journey of personal and professional empowerment.

High Fidelity
Based on a 1995 novel by Nick Hornby (which was adapted into a 2000 film starring John Cusack), this Hulu reboot stars Zoe Kravitz as the heartbroken, music-obsessed Rob. Set in present-day Brooklyn, the series follows Kravitz as she revisits—and tries to learn from—her top five heartbreaks.

The Handmaid’s Tale
This adaptation of Margaret Atwood’s dystopian novel stars Elisabeth Moss and tells the tale of a totalitarian state known as Gilead, where women are essentially child-bearing slaves owned by men.

Anne with an E
An adaptation of the iconic coming-of-age book Anne of Green Gables, this Canadian series sees the plucky young orphan move in with an elderly brother-sister duo who run a farm on the outskirts of Avonlea in picturesque Prince Edward Island.

Unbelievable
Based on true events, this harrowing drama follows two female detectives as they investigate a series of rapes across multiple American cities. Toni Collette and Merrit Wever play the two detectives, while Kaitlyn Dever plays a young woman who is accused of lying about her rape by the investigating cops in her city.

Halt and Catch Fire
Celebrating women’s contributions to tech, this period drama chronicles the early computer revolution of the 1980s and the subsequent rise of Silicon Valley. Along with Canadian actress Mackenzie Davis, the series stars Lee Pace, Scoot McNairy and Kerry Bishé.

Workin’ Moms
This Canadian sitcom focuses on a group of friends—PR executive Kate, psychiatrist Anne, IT tech Jenny and real estate agent Frankie—dealing with the challenges of being working mothers. Follow along as they juggle deadlines, bosses, doctor’s appointments, school meetings and more.

Jane the Virgin
An homage to Latin American telenovelas, this show stars Gina Rodriguez as a virgin who gets accidentally artificially inseminated. Set in Miami, the show weaves in elements of comedy, drama, romance, magical realism and soap opera-style surprises, making it the perfect binge-watch.

Grace and Frankie
Jane Fonda and Lily Tomlin play two women who form an unlikely bond after their husbands of many decades reveal they are gay and leave them for each other.

Dead to Me
Exploring the messy nature of female friendships, this show starring Christina Applegate and Linda Cardellini has it all: murder, intrigue, secrets and more. The two meet at a grief support group and strike up an unlikely friendship, which takes one unexpected twist after another.

GLOW
Inspired by the real-life Gorgeous Ladies of Wrestling, a women’s professional wrestling group that was founded in the 1980s, this show follows a motley crew of young women (aspiring actresses, stuntwomen, models and more) who come together for an unexpected project.

Dickinson
This coming-of-age series follows a young Emily Dickinson as she attempts to navigate the gender, society and family constraints of the 19th century. Although technically a period drama, the experimental show weaves in a modern sensibility and contemporary music to tell the aspiring poet’s story in an offbeat way.

The Morning Show
Starring Jennifer Aniston and Reese Witherspoon as TV journalists, this Emmy-nominated drama grapples with sensitive issues like the #MeToo movement, sexism and ageism in the media industry, the abuse of power and more.

Fleabag
This Emmy- and BAFTA-winning show follows an unnamed central character, known to us as Fleabag, as she struggles to keep her life together after the death of her best friend. Grief, self-loathing, loneliness and detachment are all a part of her journey, expertly brought to life by creator/star Phoebe Waller-Bridge.

The Great
This satirical drama follows the rise of Catherine the Great from outsider to the longest-reigning female ruler in Russia’s history. The darkly comedic show stars Elle Fanning in the lead role, with Nicholas Hoult playing her husband, Peter III.

Little Fires Everywhere
Based on a novel by Celeste Ng, this drama series stars Kerry Washington and Reese Witherspoon as mothers from different socioeconomic backgrounds. Set in the suburbs of Cleveland, Ohio during the 1990s it tackles issues of race, identity, motherhood and more.

The Good Fight
A spin-off of The Good Wife, a legal drama starring Julianna Margulies, this show sees Christine Baranski reprise her role as the formidable Diane Lockhart. Cush Jumbo, Audra McDonald and Delroy Lindo play her colleagues at one of Chicago’s top law firms, where they take on cases relating to racism, gender inequality, police brutality and more.

Younger
In this show from Sex and the City creator Darren Star, Sutton Foster plays a 40-something mom who decides to go back to work after her only child goes off to college. But to get a job in the publishing industry, she realizes she needs to pretend to be a millennial.

Made in Heaven
Created by women, this Indian television series follows two New Delhi wedding planners as they wrestle with family secrets, large egos and outdated cultural norms while throwing some of the most lavish weddings in India. Meanwhile the central female character, played by Sobhita Dhulipala, is also dealing with imposter syndrome, class disparity, an unhappy marriage and more.

Pen15
Created by actresses and writers Maya Erskine and Anna Konkle (who also star in the show as 13-year-old versions of themselves), the show explores the many mortifying and awkward moments of middle school.

Mohawk Girls
This CBC show follows four young Mohawk women navigating sex, work and love while also figuring out how to stay connected to their roots and cultural traditions.