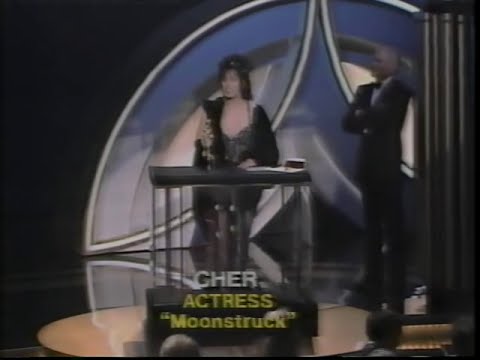 When Cher won Best Actress at the 1988 Academy Awards for her performance in Moonstruck, she famously first thanked her makeup artist, Leonard Engelman. Over the phone, I ask how her relationship with makeup has changed over her career. She can’t help but laugh.

A makeup lover through and through, the Goddess of Pop has dazzled in mod liner, dramatic lashes and colourful lids since the ‘60s. “You start [painting] something on a blank canvas and all of a sudden there’s a beautiful or interesting or strange picture that you created,” she says. Now, Cher is back at her figurative easel and putting MAC products to the test for the brand’s Challenge Accepted campaign.

“From colour-true payoff, to transfer- and sweat-resistance, to waterproof wear and longevity, MAC wants to prove that the craft and quality we proudly put into every product delivers every day, for everybody and every lifestyle,” reads a press release.

The campaign video, starring Cher and “Icy Girl” rapper Saweetie, opens with a montage of a young Cher strutting on stage to perform. Cut to present day, and the “Believe” singer is applying MAC lipstick at a backstage vanity when Saweetie asks, “How did you do it, Cher?”

“Never afraid to challenge convention, they are artists who epitomize our commitment to creating best-in-class makeup that empowers each and every member of our community and works as hard as they do,” MAC said of Saweetie and Cher in a release.

The video sees users challenge the staying power of MAC products through, well, anything and everything, like skydiving and swimming, plus the two A-listers perform onstage, of course. In the end, we see the Cher we know and love: In a cut out sequin gown with cascading straight black hair and a generous swipe of blue eyeshadow. “I love lasting forever,” she says.

“I think MAC has a perfect brand,” Cher tells me. “The [founders] had a perfect idea, so the brand didn’t deviate, they just created more.” Much like herself, MAC has also been a leader in diversity and a champion for LGBTQ+ rights with its motto, “All Ages, All Races, All Genders.”

“It’s amazing to me that they [have always] understood that everyone is the same,” Cher says.

When I ask what makes her and MAC both such pillars in their respective industries, Cher humbly responds that she can’t say when it comes to herself, but as for MAC, she believes it’s because “they stay current without changing their integrity. They’re true to themselves.” She can, of course, relate.

“I am pretty much myself, always,” she says. “Sometimes I’m myself with makeup on and sometimes I’m myself with a [freshly] washed face, but I really don’t change in any [other] way. It’s just that what I’m doing might be different and I have to acclimate myself to the job or to being with my children. You know, they don’t want to have some chick walking around [the house] with long eyelashes.”

Cher’s authenticity can perhaps be seen most evidently in her famous Dateline interview from the ‘90s in which she recounts telling her mother, “Mom, I am a rich man,” which seems to resurface and go viral on social media every couple of seasons, like clockwork.

“You know, I never thought anybody would know [about that conversation] except for me and my mom,” Cher says. “We were talking about a film I wanted to produce but I didn’t have the money. My mom looked at me and said, ‘Honey, if you want to do that, you can just marry a rich man.’ And I don’t know why that came out of my mouth but it did. It sounds strange now, what I said, but it still makes sense to me. Men are fabulous but we don’t need a man to make us any more valuable or more powerful. Of course there were women whose shoulders we stood on to get where we are today, but that last mile you always have to walk for yourself. I want women to know that they can be fabulous and sexy and they can be their own person.” It’s a message that aligns with MAC’s celebration of individuality through makeup.

Aside from her unwavering sense of self and independence, the iconic singer and actress has long been known for her famous work ethic and resilience, hence her latest makeup resurgence. “In my work, I’ve failed a lot,” she says. “I don’t think people understand how many bad times I’ve had, because when you’re down, you’re by yourself, but when you’re up everyone sees you and you’re visible. I’ve always thought of myself as a bumper car. When I hit a wall I just back up and go in a different direction. Now, I say it like it was easy — it wasn’t. But there was simply no other way. It wasn’t because of bravery. It was because I could not think of any [other way]. And I wasn’t about to just quit.”

The post Cher Is Still A Rich Man appeared first on FASHION Magazine.