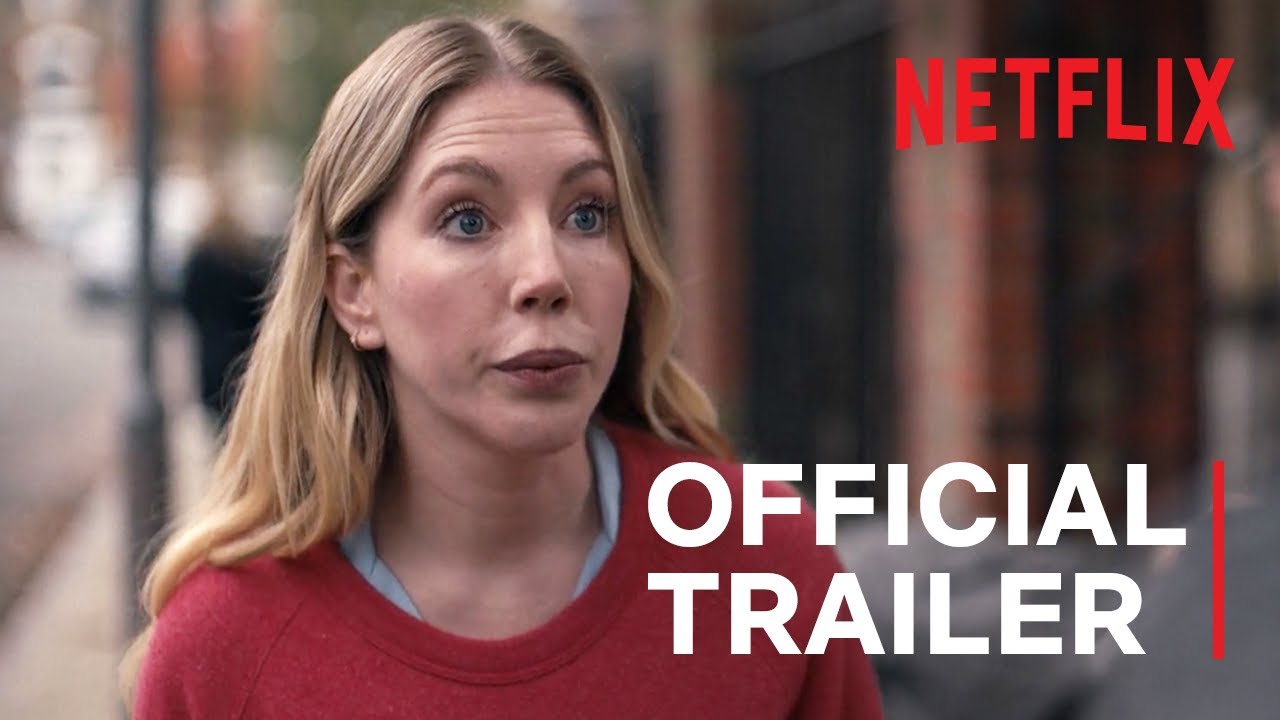 After two standup comedy specials on Netflix, Canadian comedian Katherine Ryan is back on the platform but this time with a scripted series titled The Duchess. The show centres around a “fashionably disruptive” single mom in London, toying with the idea of having a second child with her estranged ex, a troubled former boy bander.

The six episode series sees the lead character, also named Katherine, navigating co-parenting, dealing with the other moms at her daughter’s school, and managing her own business, all in fabulous, flamboyant outfits—think jewel toned coats, silk separates and statement accessories. The Duchess begins streaming on Netflix on September 11; watch the trailer below and read on for our interview with Katherine Ryan.

Tell us about the character and why fashion was an important narrative tool for this story.
I explore a lot of eccentric fashion and a lot of British designers in my standup. Partly because when I started out as a standup comedian I was told that I should dress to be invisible. There was this idea that women couldn’t be funny if we looked distracting. So it was just really rebellious. I started working with my stylist Jennifer Michalski-Bray about eight years ago and really built that high glam stage persona in the UK. So with The Duchess it was important to me that that character be cohesive with my stage persona. I also thought it was powerful and meaningful, and showed intention and self-care for this woman to be fashionable. So many single moms that I see represented on screen are a mess. And I didn’t want this woman to be a mess.

Her style is very vibrant and luxe, with feathered pyjamas, silk robes, embellished headbands. What did you want the clothing to say about the character?
She’s very high status. She’s a bit of a narcissist. She takes no notice of society or what is acceptable behaviour. So I wanted her fashion to be high status. We used a lot of Victoria Percival headbands, big chunky headbands, because I thought it was the next best thing to a crown. I think headbands are beautiful, and you don’t have to take them off. You have to take hats off sometimes if you go into a restaurant but headbands are the hat you can leave on all day. We went with a lot of different socks, pops of colour with a Gucci sock and a heel. We played with colour a lot too because I wanted Katherine to pop out a bit against the grey backdrop of London. And I did write a few fashion elements into the script and tried to make punchlines with them. The “world’s smallest pussy” sweater [in the first episode], that’s mine, and it’s a Rachel Antonoff subversive, feminist piece. It actually means the opposite of what it looks like it means; it’s a shoutout to the patriarchy, like ‘is this what you want?’ So we played with humour and fashion because a lot of people think they can’t go together but fashion should be fun.

Tell us about the line between life and art when it comes to this series.
I thought it was important to stretch out my stage persona a little bit and to take a couple jokes from my standup specials and illustrate them in the sitcom just to keep it cohesive and to give people who watch my standup specials a little acknowledgement. My real life is a lot more subdued. The Katherine character in The Duchess is a fantasy. She says all the things that I wouldn’t actually say, she defends her child in an unapologetic tigress sense, she has no middle ground; she’s all in. That’s how we’re different. But we’re also similar in that my relationship with my daughter is the central relationship in my life. I’ve never prioritized men, and I do believe in sacrifice for your children.

When it comes to women in comedy or just women in entertainment playing someone with shades of grey, there’s always a lot of talk about them playing an “unlikable” character. Is that something you thought about at all?
I was not interested in making her the traditional sense of likable. I’m aware that there are certain people who will be very angry by a woman who doesn’t need men, who is unfiltered, who is kind of a bad person and still wins. I think they’re okay with a woman being bad if she loses or she’s damaged but I think what angers some people most about my character, whether that be on stage or The Duchess, is that she does bad things and she wins. First and foremost women are expected to be nice, they’re valued on that above all else. I wasn’t really thinking about backlash from that or trying to rile anyone, I just always make work for younger people and likeminded people and women like me. I just want to empower young women or older women or single moms or anyone in a position where society tells them to be quiet. I think as long as you have good intentions and you try to be kind and your heart is in the right place, then you can be unlikable here and there if you want.

Tell us about the title of the show, The Duchess. What is that a nod to?
I love Meghan Markle, but we didn’t call it The Duchess for Meghan Markle. We just thought it was a beautiful way to announce to people that this was a British show and a high status woman. But the more I think about it, it’s interesting because Meghan Markle is so smart and so disruptive in the right way, and really thinks outside the box and pushes boundaries. But we now see that those are not the ingredients to make you a Duchess; what you have to do to be a Duchess is be quiet and go with the flow. So Katherine is really the opposite of what it takes to be a Duchess, and that’s cool too.

0
0   0
previous Is a Simple Skincare Routine Better For You (And Your Skin)?
next 8 Face Mask Chains to Help Keep Your Mask Close