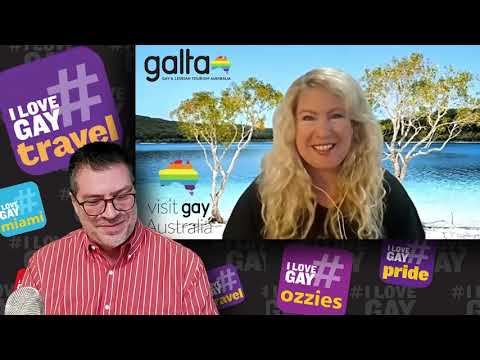 Ronaldo can play with Dybala or Morata, says Pirlo

Juventus draw with lowly Verona as Pirlo feels the pressure

Gay and Lesbian Tourism Australia (GALTA) has partnered with Pink Media USA for a ten-part interview series “Voices of Australia”, showcasing ten iconic experiences in Australia to inspire future visitors from the LGBTQ+ community in America and beyond.

The series is the brainchild of Matt Skallerud, President of Pink Media, who for many years has assisted companies with online marketing promotion to the LGBTQ+ community globally.

Louise Terry, President of GALTA, said the initiative aimed to share some tourism news and views from Australia’s LGBTQ+ travel industry and highlight a range of aspirational experiences from its national members to inspire future inbound visits.

“We approached Pink Media with the aim to connect with its global audience via shared experiences and learnings during COVID as well as showcase our amazing members with an eye to future travel when international flights come back on line, especially in the lead-up to WorldPride 2023 in Sydney” Terry stated.

The first of ten interviews has been released, in which Skallerud speaks with Monique Parker, Director of Marketing & Communications with Kingfisher Bay Resort Group on Queensland’s Fraser Island.

Matt Skallerud will be interviewing Mario Paez, previous GALTA President and owner of Planetdwellers travel company, delving into some of the packages they offer such as the sell-out Broken Heel Festival tour and a range of experiences during Sydney’s Gay & Lesbian Mardi Gras.  He will also speak with Karen Bryant, Chief Executive of Midsumma Festival in Melbourne, with other weekly releases to be announced.

Robredo and staff under quarantine after exposure to COVID-19 case