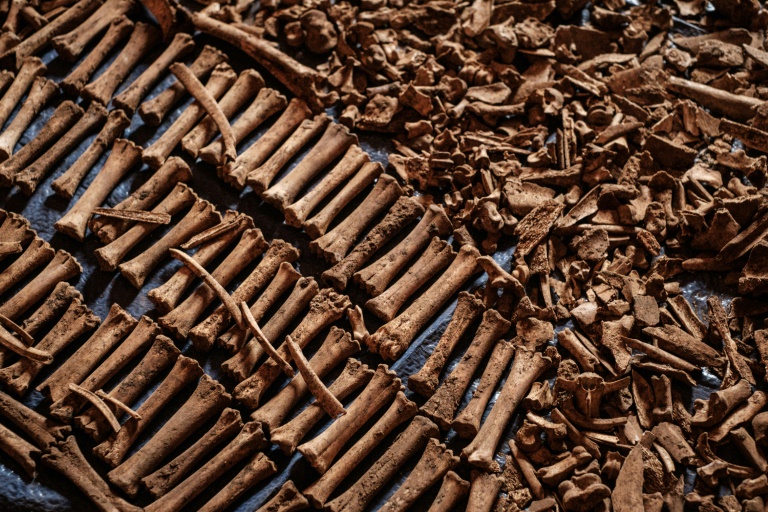 May 16, 2020
Under One Ceiling
French police on Saturday arrested one of the last key suspects in the 1994 Rwandan genocide, describing him as its “financier” and one of the world’s most wanted fugitives.

Felicien Kabuga, once one of Rwanda’s richest men, was living under a false identity in the Paris suburbs, the public prosecutor’s office and police said in a joint statement.

The operation, carried out at dawn, resulted in the arrest of a fugitive “who has been sought by the judicial authorities for 25 years”, the statement said.

Around 800,000 people — Tutsis but also moderate Hutus — were slaughtered over 100 days by ethnic Hutu extremists during the 1994 genocide.

The statement said Kabuga, aged 84, had been living in Asnieres-sur-Seine north of Paris and had been hiding with the complicity of his children.

It described him as “one of the world’s most wanted fugitives”.

Kabuga is accused of creating the notorious Interahamwe militia that carried out massacres in the 1994 genocide.

He also helped create the equally notorious Radio-Television Libre des Mille Collines that incited people to carry out murder in its broadcasts.

“Felicien Kabuga is known to have been the financier of the Rwandan genocide,” it said, adding that he had spent time in Germany, Belgium, the Democratic Republic of Congo, Kenya and Switzerland.

Kabuga was indicted by the UN International Criminal Tribunal for Rwanda in 1997 on seven counts including genocide.

A top UN prosecutor welcomed the arrest, saying it showed that suspects would be still brought to justice.

“The arrest of Felicien Kabuga today is a reminder that those responsible for genocide can be brought to account, even 26 years after their crimes,” said Serge Brammertz, chief prosecutor of the MICT in The Hague.

“Today’s arrest underlines the strength of our determination.”

He should now rapidly appear before French prosecutors who should order him to be remanded in custody. Judicial authorities can then rule on sending him to The Hague to face justice.

“Following completion of appropriate procedures under French law, Kabuga is expected to the transferred to the custody of the Mechanism, where he will stand trial,” the MICT said in a statement.

Kabuga is expected to be tried at the mechanism’s branch in Arusha in Tanzania, an official from the proscecutor’s office told AFP.

His eventual transfer to UN custody was likely to take some time because of the COVID-19 pandemic, tribunal sources said.

In 1994, Kabuga was part of the inner circle of then Rwandan president Juvenal Habyarimana. His daughter was married to one of the president’s sons.

It was the assassination of Habyarimana on April 6, 1994 that unleashed the genocide.

Along with former defence minister Augustin Bizimana and top-ranking military figure Protais Mpiranya — both still at large — Kabuga was one of the three most significant suspects still sought over the genocide, the statement said.

0
1   0
previous Global virus vaccine race heats up, but not without controversy
next Beaches and football as Europe relaxes virus restrictions