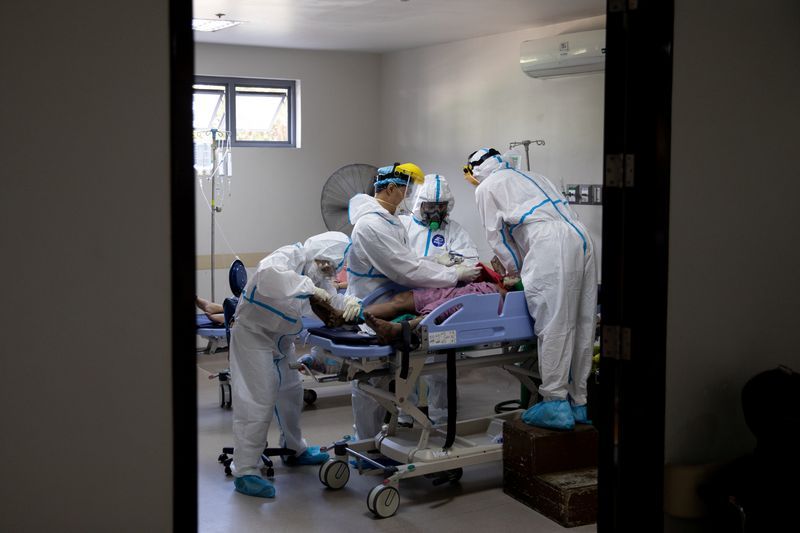 Philippines keeps partial restrictions in the capital to fight virus

Philippines keeps partial restrictions in the capital to fight virus

July 1, 2020
Under One Ceiling
Philippine President Rodrigo Duterte on Tuesday kept partial restrictions in the capital for another two weeks as he tries to contain the spread of the new coronavirus while reducing the pandemic’s economic damage.

More than 19,000 new cases of the new coronavirus have been recorded since Duterte eased one of the toughest and longest lockdowns in the world for residents in the capital Manila from June 1 to breathe some life back into the economy.

The Philippines, which before the pandemic was one of Asia’s fastest growing economies, is facing its biggest contraction in more than three decades after the coronavirus shuttered businesses and crushed domestic demand.

Finance Secretary Carlos Dominguez said restrictions in Manila, which accounts for 40% of the country’s gross domestic product, should be loosened further “as quickly as possible” so more business will start humming again and more people can go back to work.

Most businesses in the capital have been allowed to reopen but in a limited capacity.

“The reality today is that the virus is not going to go away and we will have to live with it for a very long time,” Dominguez said.

Duterte also said in a late televised address strict lockdown measures, which were reinstated in Cebu City from June 16, would be maintained to slow the spread of the virus in the country’s fifth most populous city.

Cebu city now accounts for over 12% of the nationwide tally of confirmed coronavirus cases, making it the new hot spot of infections in the Southeast Asian country.

The country’s confirmed cases totalled 37,514 as of June 30, while the number of fatalities has reached 1,266.

Health authorities have conducted more than 666,000 tests since January, or 0.62% of the 107 million population, still below the government’s 1.5% target.

But Harry Roque, the president’s spokesman said in a media briefing on Tuesday that the government was “winning” the fight against the coronavirus.