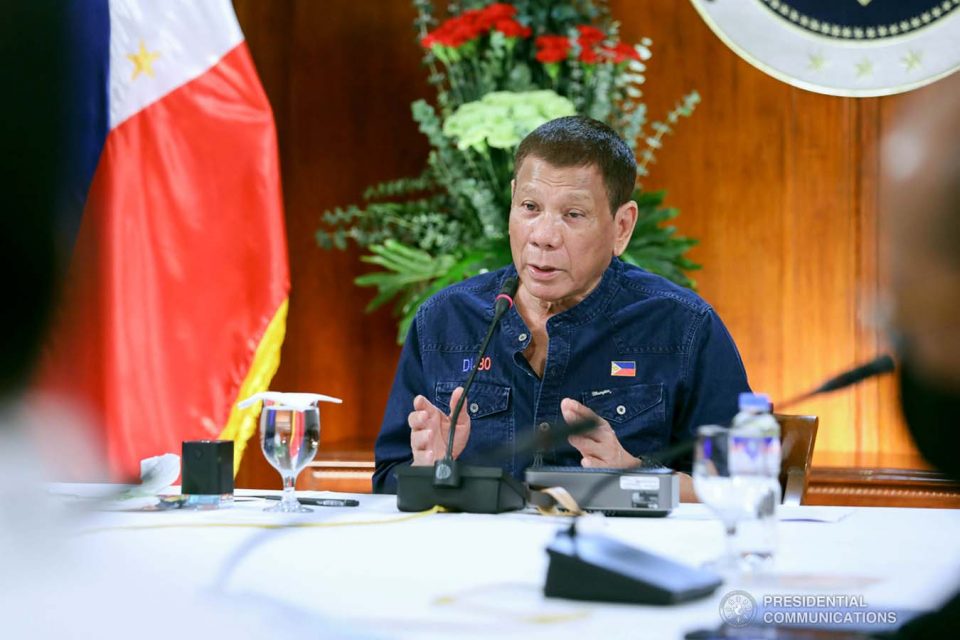 August 1, 2020
Under One Ceiling
President Rodrigo Dutete assured the public that his government has plans in place to acquire COVID-19 vaccines as soon as these have passed clinical trials and approval by the Food and Drug Administration (FDA) of the respective countries where they are being developed.

President Duterte said the country would be able to go back to normal by December, as by that time, most likely there is already a vaccine against the disease

“Pag meron na, final approval at idistribute na sa mga opisina nila dito,” referring to the pharmaceutical companies which are developing the vaccines, “I promise you, by the Grace of God, I hope by December we will be back to normal,” he said in a public televised address aired on Friday, July 31.

President Duterte said he already has a vaccine being eyed for acquisition, and that in fact, China, which has so far three COVID-19 vaccines under advanced clinical trials, had already guaranteed that the Philippines would be given priority in vaccine distribution.

Duterte thanks God for guidance, asks public to wait for vaccine-

Duterte said that he is praying to God for Him to guide those currently developing vaccines.

“I thank the Lord for guiding the brains of other races, other than Filipinos,” he said.

The President said that he only announced today, Friday, the government’s plan about hte vaccine acquisition since the latest news on the vaccines only came in now.

Duterte mentioned the pharmaceutical companies in China where the COVID-19 vaccines are in the advanced stages of development, as well as the vaccines being developed in the final phases in the United States and the United Kingdom.

These companies are Sinovac, Sinopharm and another firm in China; Moderna in the United Stats which is under Stage 4 of clinical trials, Pfizer and BioNtech, Johnson and Johnson; and British pharmaceutical firm AstraZenica. The United Kingdom is also testing in the initial stages the COVID-19 vaccine it has developed.

Finance Secretary Carlos “Sonny” Dominguez III assured that the Philippine government has the money to buy the COVID-19 vaccines to be given initially to a minimum of 20 million people in the country who will be vaccinated for free, citing the estimates from the Department of Health.

These 20 million are those considered the poorest of the poor communities.

The Department of Health will be the agency to choose which vaccine or vaccines to buy, he said.

The money to be set aside for the COVID-19 vaccine acquisition is around $400 million or P20 billion for 40 million doses of the vaccine.

“Ang plano po namin is that we will use the Philippine International Trading Corporation under the DTI (Department of Trade and Industry) to buy the vaccines, the ones chosen by the Department of Health. These will be turned over to the DOH para magamot ang poorest of the poor muna,” Dominguez explained.

“So we have a plan and we can execute it as soon as the Department Of Health chooses which vaccine, or vaccines they want. Baka they’ll choose several,” he said.

“So certainly, by late this year, if it is available, we can already buy it.”

Dominguez said that by October, the clinical trials of these vaccines might be finished, and by December, once approved by the FDA in these various countries, and in the Philippines, the country can already buy these vaccines.

President Duterte said that after the low-income families, the next to be given vaccines for free are the middle-income families, as well as the militarr and teh police which he said are the backbones of his administration.

The rich can afford to pay for the vaccines they will use, he said.

Duterte said that it was a good thing that the Philippines has maintained friendly relations with China which, he said, is leading the search for COVID-19 vaccines.

“Ang mabuti lang nito, to our credit is to have remained friendly woth China. and China was able to guarantee, that the Philippines would (be given priority),” the President said as he read a statement released by the Chinese embassy citing a July 28 press statement of the Chinese government’s spokesperson.

Duterte said that he is entrusting the military to help in thetransport of the vaccines.