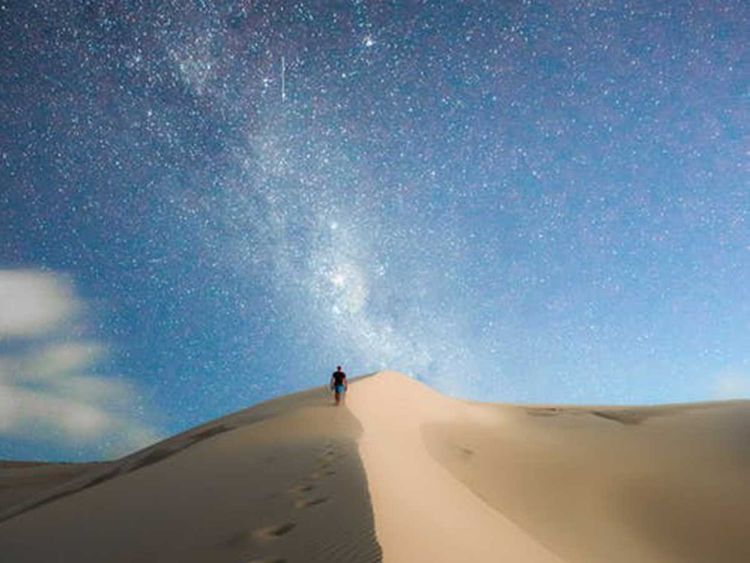 August 23, 2020
Under One Ceiling
According to the International Astronomical Union (IAU), stars do not have proper names, except for a limited number of bright stars that bear historic names. In the case of historic names, many were originally adapted from the Arabic language, reflecting the role of Arab culture in astronomy, such as Delta Corvi (known as Algorab, which is derived from the Arabic word al ghourab – the crow).

Ibrahim Al Jarwan, member of the Arab Union for Astronomy and Space Sciences, explained that after August 24, the Suhail star – also known as Canopus or Lambda Velorum – will be seen in the early hours of twilight.

“The visibility of the Suhail star coincides with mild weather as temperatures drop by a few degrees, accompanied with a high level of humidity and south-easterly winds, which tend to blow towards the Hajar Mountains in Oman and the east coast of the UAE,” said Al Jarwan.

“This period is accompanied with drizzle and strong winds, which reduces the humidity in the air, and activates a sort of a summer scents along the Hajar mountains. From Al Dhaid to Al Ain, residents will witness storms and strong winds, as well as heavy thunderstorms,” he said.

The Suhail star also coincides with a decrease in sea temperatures, which will see a return of large quantities of fish to the coast. “Some migratory birds will begin to flock to the region, and during the second half of August you will start to see an influx of birds, like the flamingos,” Al Jarwan added.

0
3   0
previous Coronavirus: UAE extends amnesty for those in the country with expired visas
next The UAE's laws designed to prevent the spread of Covid-19