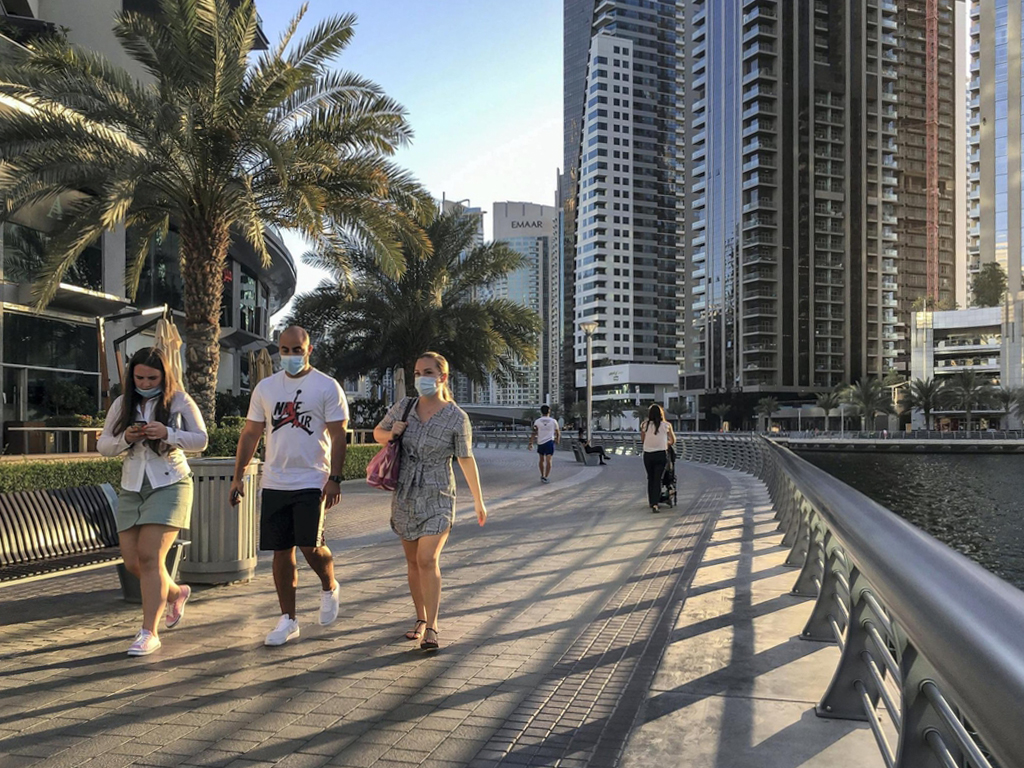 August 30, 2020
Under One Ceiling
Daily cases of Covid-19 have doubled over the past four days and authorities are warning the public that a second wave could be coming.

Health officials said people’s carelessness was leading to a spike in cases. They said this could be prevented if there was greater commitment to the safety measures in place to protect the public and prevent the spread of the virus.

Dr Adil Sajwani, a family medicine specialist at the Ministry of Health and Prevention, said the figures suggest cases are doubling every two or three days.

He said people were observing safety measures in public places, but more commitment was needed at home.

“We don’t want to go back to the national sterilisation programme when people were kept at homes,” he said, referring to a nightly sanitisation drive that involved a stay-home order from 8pm to 6am.

“In this second wave, if we don’t adhere to measures, people only have themselves to blame because the government has been and is still doing everything it can to maintain the safety of everyone.”

“The UAE’s strategy against Covid-19 will not be complete unless we all comply to precautionary measures,” added Mr Al Owais.

So what measures are in place? And how much can you be fined for breaking the rules?

Which measures have been introduced across the UAE and why?

Early in the outbreak, experts said face masks were not necessary as it was believed the virus spread primarily through large droplets that did not travel far.

But then evidence emerged that a significant proportion, now believed to be around 40 per cent of sufferers, developed no symptoms at all. Many could therefore spread Covid-19 unknowingly when they cough, sneeze or speak.

This prompted a change in advice and masks became mandatory in public for everyone in the UAE on April 4, which was earlier than many other countries. The UK, for instance, only tightened the rules around masks in public this month.

Studies have shown masks are highly effective in reducing transmission.

Countries where they are used widely also have lower death rates from Covid-19, according to research. The fatality rate in the UAE for the virus is just 0.6 per cent, which is a fraction of some countries.

Physical distancing has also been mandatory in the UAE since very early in the outbreak. The UAE uses a distance of 2m from others, double the standard recommended by the WHO.

The introduction of these measures has allowed the UAE to reopen beaches, parks and businesses across the country, without increasing the transmission of the virus.

In many cases, capacity of shops, restaurants and has been limited to ensure it is possible to maintain social distancing.

But there are strict rules in place, with fines, to enforce the measures.

They are doubled for anyone second offences, while third-time offenders could face up to six months in jail and/or a minimum fine of Dh100,000.

The rules and associated fines

According to the UAE Public Prosecution, a fine of Dh3,000 applies if people are found not wearing masks in any of these places:

A fine of Dh3,000 also applies to anyone who does not comply with preventive measures “while exercising or taking part in sports of recreational activities in open places or hotel beaches, and when walking or gathering in gardens or public parks”.

Residents of Abu Dhabi must quarantine after returning to the UAE, regardless of where they land in the country.

That includes Dubai, which does not require its residents to quarantine routinely after arriving back, only those awaiting the outcome of tests.

The law demands anyone living in Abu Dhabi to quarantine at home for 14 days after returning to the emirate from overseas. Anyone who fails to do so will be issued with a fine of Dh50,000.

Inviting anyone to your home other than first or second degree relatives is against the law. Anyone who does have friends over could be subject to a fine of Dh10,000. All those attending will be fined Dh5,000.

A maximum of three people can travel in one car, including the driver. More than three can be in the same car if they are first or second degree relatives. Breaking this rule will result in a Dh5,000 fine.

Anyone found to be offering, organising, or mediating private lessons in public or private places or people’s homes will be fined Dh30,000. The person hosting the lesson will be fined Dh20,000.

Differences to rules regarding masks in Dubai

In late May, Dubai’s Supreme Committee of Crisis and Disaster Management, said people could temporarily remove their face masks in the following conditions:

Those exempt from wearing face masks in public at all include children under the age of 6, people with cognitive, intellectual or sensory disorders that hamper their ability to breathe or communicate and people who require supplemental oxygen or have severe respiratory conditions.