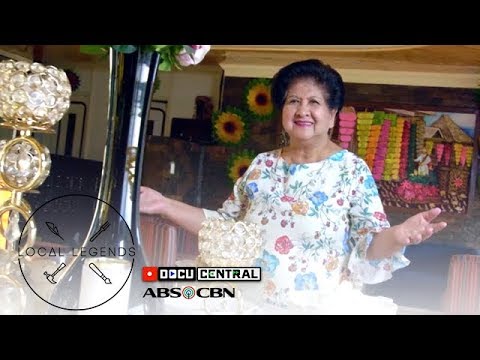 Filipino Cooking and Recipes
August 14, 2020
Under One Ceiling 0

If you’ve ever visited Lucban, Quezon, you may heard of a dish called hardinera. It’s a unique dish that is a cross between the embutido and a menudo recipe and it’s a Lucban meatloaf.

“Ang hardinera ay isang sikat na pagkain na handa tuwing may okasyon,” says Lucban native aJanjie Ocoma. It’s common to see this oval-shaped meat dish at fiestas like the Pahiyas Festival, a wedding, or even a baptism. You will not only get a taste of this local dish but you should bring it home as pasalubong, too.

What makes the hardinera different from the common embutido?

The biggest difference between the hardinera and other embutido, according to culinary icon and living legend of Lucban Milada Dealo Valde, is the pork. It’s cooked and diced instead of ground up, so it’s the chunkier version. Plus, it’s cooked in a llanera.

The ingredients of a typical hardinera recipe will be a long list. If you take the typical ingredients you might find in an embutido recipe and combine it with the ingredients of a menudo recipe, only then will you realize that the flavors and textures of a hardinera will indeed be a complex yet flavorful one. You will find that the ingredients list may include diced pork, pineapples, tomato sauce, tomato paste, ketchup, raisins, carrots, pickles, soy sauce, cheese, and hard-boiled eggs. A beaten egg is added to the bottom of the llanera so when it’s steamed, the egg binds the ingredients together.

This might be why it’s also known as a “grocery meatloaf” since its ingredients are easily sourced in the supermarket or local palengke.

The version that Dealo Valde makes sees the pork cooked at least three times. The first time it’s cooked is to tenderize the pork. It’s slow-cooked, simmered in a broth that includes onions, garlic, black pepper, ketchup, vinegar, a little sugar, and water. The succulent pork is then cubed and subsequently cooked again. This second cooking sees the pork sauteéd with seasonings that again include more ketchup and the other ingredients that will eventually go into the meatloaf. The third and final cooking is in the banana leaf-lined and buttered llanera. A hard-boiled egg half between two slices of bell peppers is placed in the center, a slightly beaten egg poured in, and then followed finally by the sauteéd pork mixture.

Just like other embutido recipes, this is then steamed. It’s the best and only way to achieve a tender hardinera since Dealo Valde claims that baking it, while also an option, may dry it out.

The hardinera is actually very similar to another local meatloaf steamed in a llanera: the Marikina-style meatloaf, called the Everlasting. It, too, has more ingredients than your typical embutido and it, too, includes pickles, raisins, and soy sauce. However, for the everlasting, it uses luncheon meat as well as pork as its main meat filling and while it does have a tomato, it doesn’t contain as much as the tomato sauce and paste the hardinera recipe does.

Embutido recipes may differ from region to region, just like the adobo and local pancit recipes may change as you travel from island to island. Do you have a unique embutido recipe to share?

Thinking about what to cook next? Join our Facebook group, Yummy Pinoy Cooking Club, to get more recipe ideas, share your own dishes, and find out what the rest of the community are making and eating!

Got your own version of the classic dishes? Pa-share naman! Get your recipe published on Yummy.ph by submitting your recipe here!