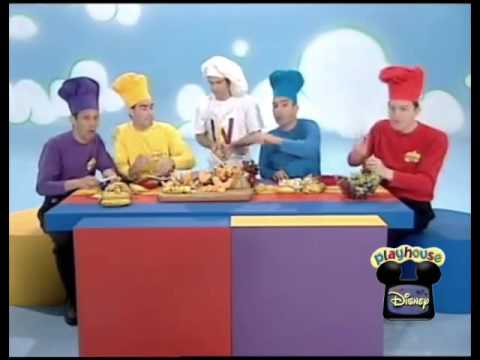 International Cooking and Recipes
September 23, 2020
Under One Ceiling 0

We’re all tired of cooking. Just cut up some fruit and call it a day.

It feels like the 4,000th day of March, and it’s 95 degrees out. I’m standing in line at my local grocery store, six feet away from the next person, slowly melting. Why even bother with my carefully plotted list? I’m done with sourdough starter, done with experimenting with bagels and baked goods, done with meals that take hours “because now I finally have time!”

Instead, I lug home a gigantic $10 watermelon I can barely lift, listening to it roll around my trunk with every turn and stop sign. I buy a crate of peaches shipped from Georgia, a bag of cherries, and a pint of blueberries. I buy more tomatoes than one person really needs.

I’m eating fruit salad for dinner, just because I feel like it.

Humans have been making fruit salad — mixing more than one fruit together in one dish — for millennia. “Julius Caesar certainly ate fruit salad,” says University of North Texas history professor Mike Wise. “Every generation has their fruit salad.”

By the 1950s and 1960s fruit salad went from appetizer to dessert, ensconced in gelatin or covered in newly available aerosol whipped cream. “A lot of these kinds of fruit salads were marketing initiatives,” says Wise. “It’s an inventive tradition.” Fruit salad became even more popular with the availability of frozen and canned fruit, from strawberries to kiwis. “When you look at any of these women’s magazines or community cookbooks, [they had] Jell-O salads with different kinds of fruits, and those were so easy to just pull out and try,” says Johnson.

“There’s this paradox where it’s historically been [viewed as] a processed food, when fruit is viewed as healthy and fresh,” says Wise. Ambrosia, a popular mid-century take on fruit salad that was loose on the fruit and heavy on the whipped cream and marshmallows, represented the peak of what dessert fruit salad could be. Alton Brown’s recipe for the dish calls for heavy cream and sour cream. My grandmother — who I loved dearly but made most of her food from a can — would bring one every Thanksgiving.

But by the 1960s and ’70s, consumers “began to reject the manufacturer,” adds Johnson. “The ethos shifts from less fussy, whipped-cream laden fruit salads to something that’s cut up and fresh.” Wise notes that ditching the gelatin allowed people to consider the fruit salad as a “low-calorie option, with less types of fruit in it.” My Mom’s 1975 edition of The Doubleday Cookbook instructed housewives to choose fruits based on contrasting size and texture, and to add a little crystalized ginger, mint, or liqueur for flavor.

Growing up in the ’90s, most fruit salads I encountered strictly followed The Wiggles’ 1994 instructions: peel the bananas, toss in the grapes, chop up some apples and melon. (Do you have “Fruit salad, yummy yummy,” stuck in your head yet?) If we were lucky, a few mini-marshmallows got thrown in.

It would sit, unloved and untouched, at every summer picnic, an unappetizing side dish stewing in its own juices, with little regard to the quality or seasonality of the fruit. McDonald’s, under pressure to offer low-calorie and low-fat choices to consumers, added a fruit and walnut salad in 2005 that might as well have been a yogurt parfait. (They’ve since replaced it with plain apple slices.)

That’s not my fruit salad. Fruit salad, in today’s Instagrammable-everything world, is just as much about presentation as it is about taste. Contemporary fruit salad means leaning in to the joy of summer, even if that joy is contained in a few juicy bites of blueberries, tomatoes, and watermelon tossed in a lime vinaigrette. It’s experimenting with ways to mix fruit with herbs, spices, cheeses, or grains that my parents or grandparents never would have — like mixing watermelon, cucumber, and feta or wrapping melon with sage and prosciutto.

I add fruit for a surprise sweetness and lightness, like pasta with smashed peaches and smoked mozzarella, or use fruit as a counterpoint to heat in a papaya and peanut fruit salad with mint like Boston favorite Myers + Chang does. “It’s a really popular salad in Vietnamese cuisine. We’ve had it on the menu since we opened,” says Joanne Chang, the owner and head chef. “It’s so refreshing, and it’s a great salad to eat between bites of anything.”

Fruit salad shouldn’t be stuck as an unappetizing side dish or dessert. “I think fruit salads nowadays run the gamut between offering lots of different fruits,” says Chang. “It’s not just melon and grapes, but mango, papaya, dragonfruit, pomegranate seeds… it can be savory, salty, or sweet. You can really create a dish that goes way above and beyond [the ’90s fruit salads] I grew up with.”

The fruit salad of today is the meal. I’ll try nectarines and corn tossed with pesto and wild rice, or arugula and watermelon with figs and goat cheese. I’ll mash avocados with bits of grapefruit, balsamic, and flaky salt. Or I’ll grab a handful of radishes with cultured butter and a slice of plum. But it doesn’t need to be fancy. And sometimes, when it’s been a very long day after a very long week after a very long month still stuck at home, it’s just three peaches, juice dripping into the sink.

Kayla Voigt hails from Hopkinton, Massachusetts, the start of the Boston Marathon. You can usually find her at the summit of a mountain or digging into a big bowl of pasta.