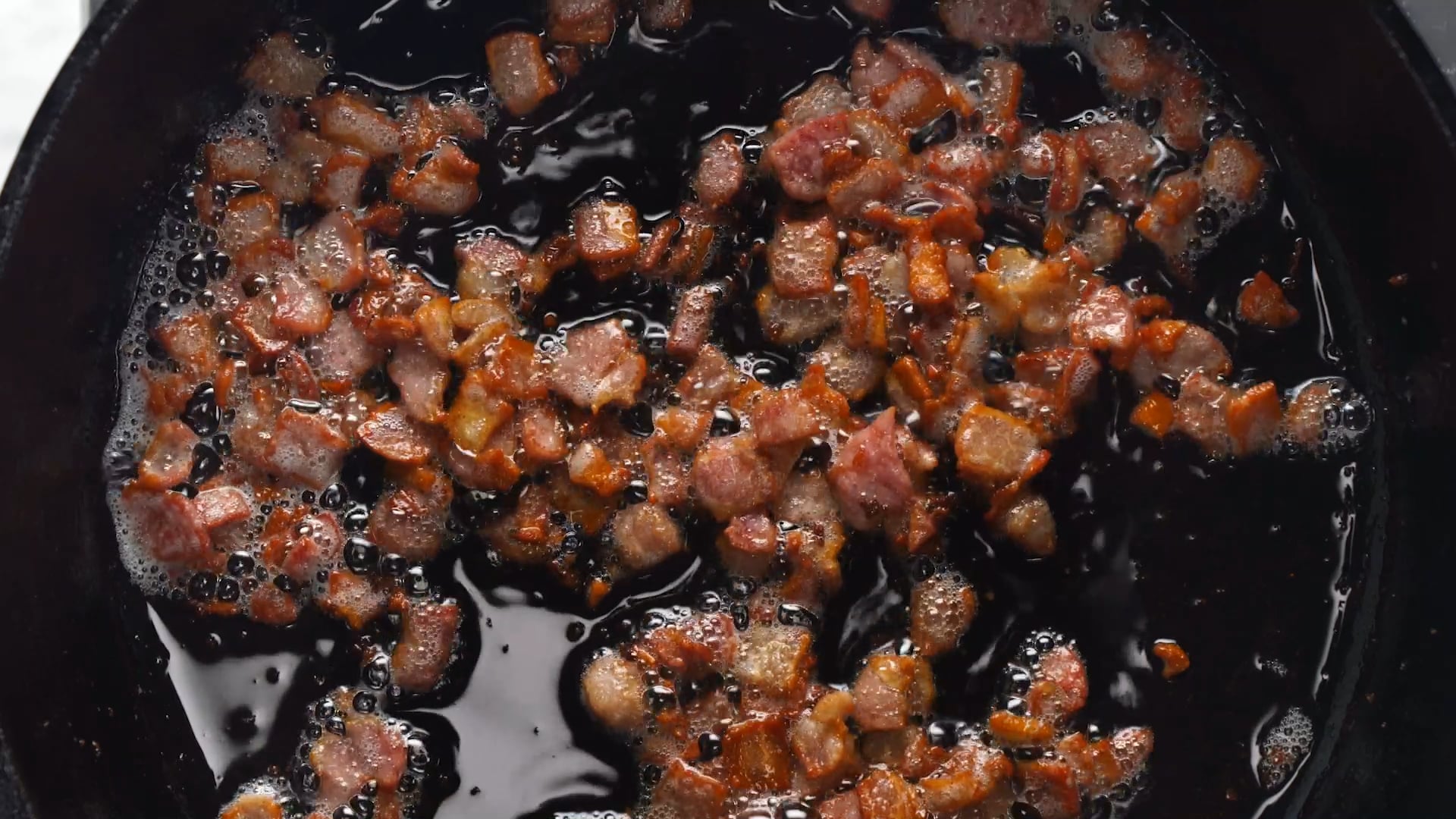 International Cooking and Recipes
September 3, 2020
Under One Ceiling 0

Green beans…. like you’ve never had them before! Green beans are sautéed in a garlicky bacon fat then semi-braised-semi-steamed in stock before being simmered with a creamy garlic sauce. Decadent? Yes. Special? Double yes.

This is not your usual “light and fresh” green bean side dish that you’ll pull out night after night. It is unapologetically indulgent and that’s exactly what this is intended to be – a special side dish for all those times when you want something that’s a cut above the usual quick ‘n easy vegetable sides that we make for quick midweek meals.

What goes in Green Beans in Creamy Sauce

Think Alfredo pasta – but with beans instead of spaghetti!

How to make Green Beans in Creamy Sauce

And here’s how to make it:

What and how to serve these green beans

It’s intended as a side dish that’s a little bit fancy. Something that will take a roast chicken and turn it into a special Sunday night dinner. (Or try this one or this one or even this slow cooker one!).

A vegetable side that’s worthy of a place at a holiday occasion – think Christmas, Thanksgiving, Easter, and everything in between.

Having said that though, this is rich enough, interesting enough and flavour loaded enough to be worthy of serving as a main. Serve it over pasta, rice, cauliflower rice (for low carb), mash, cauliflower mash, quinoa or other starchy vehicle of choice. Or just some bread for mopping. YUM. – Nagi x

PS For those who noted the crossed out “meat free” – if you really want/need to make it meat free: skip the bacon, use butter and proceed with recipe. Then finish with a sprinkle of pangrattato (that’s fancy Italian speak for croutons) or store bought crispy fried shallots (the Asian kind) or, in a nod to good ole’ Green Bean Casserole, a scattering of hot crispy fried onions (homemade or store bought).

Recipe video above. The easier and dare I say a tastier alternative to Green Bean Casserole! Using the bacon fat and garlic to saute the green beans before semi steaming/braising the beans in chicken broth guarantees flavour even before we get to the creamy paremsan sauce!

Serve this as an extra special side dish, or turn it into a meal by using it as a pasta sauce, or over rice/quinoa/cauliflower rice/mash.

1. Lower fat alternatives – evaporated milk or light cream. If sauce is too thin for your taste at the end, then dissolve 1 teaspoon cornflour/cornstarch in 2 tsp water and stir that in.

2. Bacon into cold pan – bacon fat renders out better (ie melts) if you start with a cold pan because the fat starts to melt as the skillet heats up. This means you don’t need any extra fat to cook the bacon. In contrast, if you use a preheated skillet, you will need a bit of fat so the bacon doesn’t stick when you first add it (bacon fat does get released, it just works better starting with cold pan).

3. Pan lid – pictured lid in video isn’t made for the skillet used. Just use any lid around the size of the skillet, doesn’t matter if some steam escapes. More suggestions: baking tray, foil.

4. Sauce thickness – it gets thicker once it cools a bit. I like the sauce to be syrupy so it doesn’t stick to the beans thickly which I find a bit too rich for my taste. But if you want the sauce to coat the beans thoroughly, just simmer the cream sauce for another 1 – 2 minutes. You can make it so thick that the beans are literally completely covered in the sauce.

5. Nutrition per serving, assuming 5 servings and no bacon fat is discarded. If you use  turkey bacon and low fat cream, it reduces to 232 calories per serving.

Harnessed up, ready to go! He comes everywhere with me.

PS The harness he’s wearing is a brand called Sleepy Pod which I got for him a few years back after (alarmingly) discovering that the one I was using that was sold as “crash tested” but was NOT certified (ie it didn’t pass the crash test!!). Hence furious (and immediate) researching to find a harness that passed a crash test which led me to Sleepy Pod harnesses. Pricey, but worth it, especially with a large 40kg/80lb dog like Dozer (for the both his safety and those in other cars).