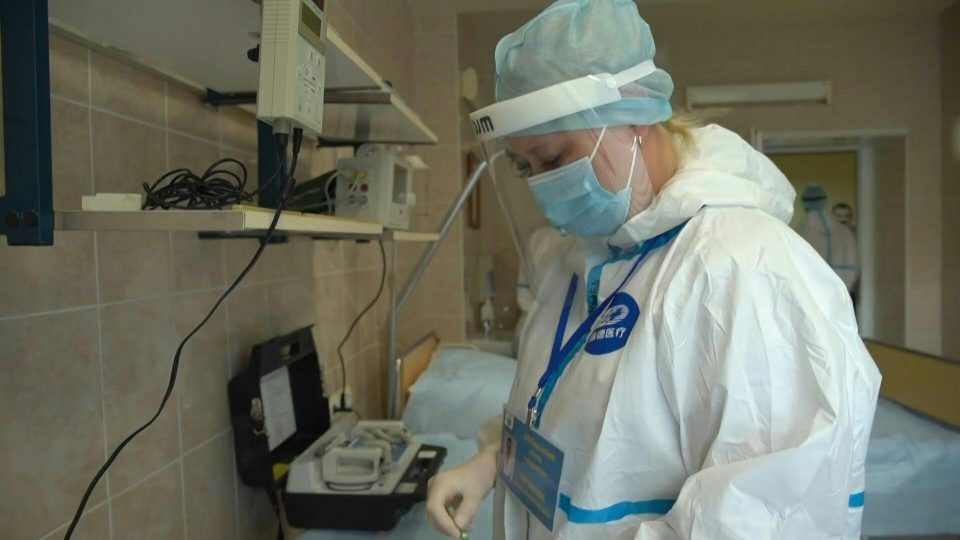 August 1, 2020
Under One Ceiling
Russia said Wednesday that it plans to begin production of two “promising” coronavirus vaccines in September and October as Moscow races to develop a formula before Western countries.

At a meeting chaired by President Vladimir Putin, Deputy Prime Minister Tatyana Golikova singled out two vaccines under development by a research institute in Moscow and a lab in Siberia.

“Today there are two vaccines that are the most promising,” Golikova said.

Production of the first, which is being tested by the Moscow-based Gamaleya institute and the defence ministry, is set for September, Golikova said.

Another vaccine being developed by the Vektor State labratory near the Siberian city of Novosibirsk should be launched in October, she added.

Russia, which has the world’s fourth-largest coronavirus caseload, hopes to be the first country to produce a vaccine.

Scientists in the West have raised concerns about the speed of development of Russian vaccines, suggesting that researchers might be cutting corners after coming under pressure from the authorities to deliver.

Russian President Vladimir Putin on Wednesday said it was important to achieve a finished product in a “careful and balanced way.”

“One should be absolutely certain in a vaccine,” he said.

Kirill Dmitriev, the head of Russia’s sovereign wealth fund which is financing the Gamaleya trials, said the country hoped to be the first to approve a vaccine.

“It’s a Sputnik moment,” he told US broadcaster CNN, referring to the launch in 1957 of the world’s first space satellite by Russia.

“Russia will have got there first,” Dmitriev forecast.

0
0   0
previous There's a salmonella outbreak in 48 states linked to backyard poultry, and more people are infected than in years past
next ‘Pagod na pagod na kami’: Frontliners appeal for two-week ECQ in Mega Manila amid surge in coronavirus cases

Israel's fragile government lost its parliamentary majority on Thursday after an Arab-Israeli lawmaker resigned from the ruling coalition, accusing its leaders of fueling tensions between Israelis and Palestinians and condemning the violent intervention of police at the funeral of slain journalist Shireen Abu Akleh. [...]

It's a somber Thursday morning at TOLOnews, Afghanistan's leading independent news channel. The staff was told the day before that the Taliban have ordered female presenters to cover their faces on air. [...]

Faye sits on a couch, her long hair twisted into a gray braid that comes down to her waist. [...]

Sao Paulo, BRAZIL (AFP) — Brazilian President Jair Bolsonaro is set to meet with billionaire Elon Musk on Friday, according to a government source. The meeting will be held in Sao Paulo, a source with the Brazilian president’s office told AFP, without giving any details on what will be on the agenda. Earlier, Bolsonaro said that he had planned a private meeting in Sao Paulo “with a very important person who is recognized throughout […] [...]

by Kyoko Hasegawa  © Agence France-Presse Tokyo, JAPAN (AFP) –Japan’s core consumer prices posted their biggest jump in seven years in April, official data showed Friday, as global commodity prices soared and the yen slumped against the dollar. The core consumer price index, which excludes fresh food, jumped 2.1 percent year-on-year, according to figures released by the internal affairs ministry. It was the first time since March 2015 that the figure has breached the 2.0 […] [...]

by John HADOULIS “Blade Runner” and “Chariots of Fire” composer Vangelis, the Oscar-winning electronic music pioneer whose distinctive musical style defined a generation of film soundtracks, has died aged 79, Greece’s prime minister said on Thursday. According to several Greek media outlets, Vangelis died of the coronavirus in France where he lived part-time, as well as in London and Athens. “Vangelis Papathanassiou is no longer with us,” Greek Prime Minister Kyriakos Mitsotakis tweeted. “The […] [...]