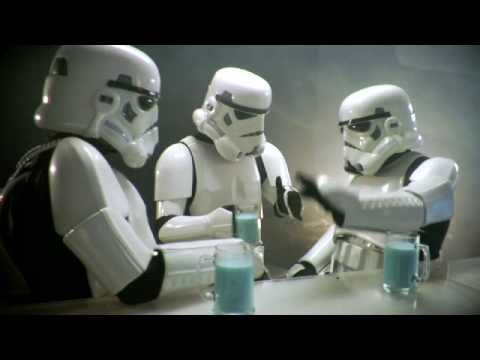 Perhaps it is the upcoming anniversary of September 11, 2001, that’s resurfaced this old College Humor video in my mind.

The skit—called Stormtroopers’ 9/11—opens with a trio of imperial troopers letting off steam at a bar. “I don’t want to be a downer, but you guys do know what tomorrow is?” asks one. “The anniversary of the Death Star,” another answers. “Bingo,” the first replies.

The skit compares the Death Star’s destruction to the heinous tragedy that befell America nineteen years ago. Following the sketch writers’ twisted logic, the U.S. could be viewed as an evil galactic empire and the rebels as terrorists. You may disagree with the framing, as I do, and still appreciate the dark humor.

I thought about the 9/11 skit while watching Disney’s newly released, live-action Mulan remake this weekend. The film is gorgeous, visually stunning. The martial arts dazzle. The “tulou” walled villages are a sight to behold, even if they are historically inaccurate.

Yet while watching the film, I could not shake an image from my mind. No doubt owing to an intensifying geopolitical rivalry between the U.S. and China—tit-for-tat trade wars, draconian tech bans, embassy closures—I kept picturing the emperor and his realm’s defenders —that is, Mulan and her loyal soldier companions—as stormtroopers. (Heck, they’re fighting to preserve an empire!)

The Mulan story is a source of national pride for China. The legend of the woman-warrior derives from a Wei dynasty poem circa the 5th century. The tale has been retold over the centuries. A 1939 domestic film adaptation found particular appeal with Chinese audiences who were captivated by the idea of repelling foreign invaders during the Second Sino-Japanese War.

Disney’s new take has had a rockier global reception. Some reviewers have celebrated the choice of an all-Asian cast. Some have called it Disney’s best live-action remake. But other critics are calling to boycott the film after the star, Liu Yifei, expressed support for Hong Kong police amid the city’s pro-democracy protests. More still are protesting the movie since parts were filmed in Xinjiang, a minority region of China facing cultural genocide from the government.

Mulan represents a litmus test for people’s loyalties. Whether one sides with the U.S., China, or Disney’s capitalistic enterprise, it’s worth remembering that good and evil are not so easily delineated as the Star Wars universe—or political propaganda, for that matter—would have one believe.

JOIN US: The pandemic has rewritten business. Fortune is hosting a virtual discussion with experts across industries (Intel, Slack, Citi, Universal Pictures) to explore how companies can, through transformative tech such as A.I., become more resilient in a time of intense change. Register here for free to join on September 16 at 2:00-3:00 p.m. EDT.