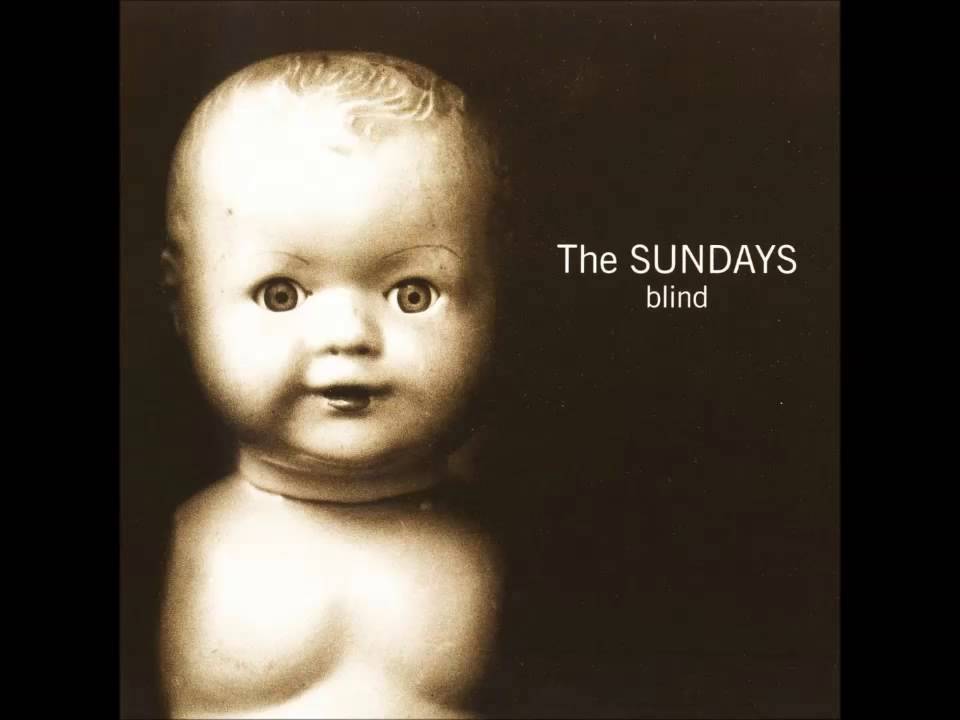 Sometimes you need a chill down your spine to shake off the doldrums and know you’re alive.

Thrillers are a perfect pairing for this craving. Such suspense-rich movies give us a first-class ticket to journeys wild, winding, and exciting. They allow us to live vicariously through reckless thieves, smirking vigilantes, and brave tough guys who never shrink from a fray. If you’re on the search for cinema that will rattle your nerves and leave you breathless, we’ve got just the thing. Whether you want some new or old, fun or frightening, mind-bending or heart-warming, there’s a perfect pick just for you.

Here are the 10 best thrillers now available on HBO Max.

“M” is the mark of a murderer in this unnerving Fritz Lang classic, which boasts layers of sinister thrills. Released in 1931, this German gem explored the terrors of “stranger danger” way ahead of its time by tracking the crimes of a sneaky child killer. Rather than show kids slaughtered onscreen, Lang employed German Expressionism to imply carnage, thus turning an abandoned balloon into a horrific image. Suspense is wrought not only from the threat that this merciless murderer will strike again, but also from a raging mob’s mounting quest for vigilante justice. With wide eyes and an unsettling screen presence, Peter Lorre made his mark with this role of a revolting fiend.

How to watch: M is now streaming on HBO Max.

Like some sci-fi with your thrills? Then, dive into director Terry Gilliam’s 1995 tale of madness, plague, and love. Bruce Willis stars as a prisoner who time-travels from a dystopian future to a doomed past, searching for the source of a virus that wiped out much of humanity. Nothing goes right on these ramshackle missions. So, our befuddled hero desperately seeks help from a bombastic mental patient (an Academy Award-nominated Brad Pitt) and a skeptical yet alluring psychiatrist (Madeleine Stowe). Combatting confounding clues, a shattered psyche, and a yearning to stay in this sun-dappled past, can he save the future before time runs out?

How to watch: Twelve Monkeys is now streaming on HBO Max.

Cary Grant  runs for his life in “North By Northwest.”
Credit: Mgm/Kobal/Shutterstock

Among Alfred Hitchcock’s most successful and iconic films, this 1959 thriller stars Cary Grant as a Madison Ave ad exec (yep, he’s a Mad Men), whose life is derailed when he’s mistaken for a secret agent. You might recognize the scene where the dapper Grant is chased down in a field by a cropduster airplane. But there’s much, much more to this chilling mistaken identity story, including a spine-tingling climax at a national landmark. The plot’s treacherous turns earned screenwriter Ernest Lehman an Oscar nod for Best Original Screenplay. The swaggering charm of Grant and his enchanting co-star Eva Marie Saint helped make this film a big hit. All these decades later, it’s still a stunner.

How to watch: North by Northwest is now streaming on HBO Max.

South Korean filmmaker Park Chan-Wook earned global acclaim for his jaw-dropping Vengence Trilogy, made up of three sensational thrillers: Sympathy for Mr. Vengeance (2002), Oldboy (2003), and Lady Vengeance (2005). In his English-language debut in 2013, he brought together an all-star cast for another deliciously devilish tale of twisted love and violence. Following the death of her father, introverted India Stoker (Mia Wasikowska) becomes fascinated with her long-estranged uncle (Matthew Goode), which rankles her jealous mother (Nicole Kidman). As their taboo bond grows, terrible family secrets are unearthed, leading to a shocking climax. Wentworth Miller’s sharp screenplay has a diabolical wit that urges dark laughs amid the horror, while Chan-Wook’s gothic aesthetic transforms a brutal world into something hauntingly beautiful.

How to watch: Stoker is now streaming on HBO Max.

Al Pacino is on the brink in “Dog Day Afternoon.”
Credit: Moviestore/Shutterstock

No bank robbery movie can compare to Sidney Lumet’s 1975 classic. Based on outrageous real events, Dog Day Afternoon stars Al Pacino as Sonny Wortzik, a neurotic thief who gets in way over his head when he takes a bunch of hostages in a Brooklyn stick-up. The Academy Award-winning screenplay by Frank Pierson ushers audiences into the vault, behind the police barricades, and into the cramped apartments of Sonny’s family, unfurling a complicated but compelling portrait of a contemporary American folk hero. Pacino’s frantic energy and chaotic charisma have us rooting for Sonny, whether he’s mocking the cops, playing to the gawking crowd, or bickering with his distraught mother. The tension is nail-biting. But what makes this film spectacular is the deeply engrained comedy that’s born from the quirky characters, who cuss, clamor, and crack-wise like born-and-raised New Yorkers do.

How to watch: Dog Day Afternoon is now streaming on HBO Max.

With this 2020 release, writer/director Emerald Fennell flips the script on vigilante-centered thrillers, giving audiences a freshly exhilarating and deeply unnerving tale of vengeance. Academy Award-nominee Carey Mulligan stars as the titular anti-heroine, who stalks bars and nightclubs in search of self-proclaimed “nice guys” who are up to no good. Far from a straightforward narrative of eye-for-an-eye, Fennell’s Oscar-winning screenplay delves into a murky moral grey area, exploring complicity in rape culture with a series of harrowing turns. Candy-colored and spiced up with a badass soundtrack, this celebrated yet controversial movie gives a difficult subject a glossy coating that’s meant to entrance, then crumble and crush you.

How to watch: Promising Young Woman is now streaming on HBO Max.

It was the 1992 smash hit heard ‘round the world. Whitney Houston starred as an ultra-famous singer/actress, whose life is being threatened by an anonymous stalker. Kevin Costner co-stars as the titular bodyguard, who has a history in the Secret Service and a hard rule about not getting too close to his clients. However, once he protectively sweeps her away from danger and up in his big strong arms, romance is inevitable and — thanks to the chemistry of its stars — absolutely intoxicating. Mick Jackson directs this romance-laced thriller, which was not only a box office smash but also boasted Houston’s iconic rendition of “I Will Always Love You.”

How to watch: The Bodyguard is now streaming on HBO Max.

Ben Affleck pulls double-duty, serving as director and leading man of this heralded historical thriller from 2012. Inspired by a stranger-than-fiction CIA scheme, Argo follows an imaginative agent (Affleck), who goes undercover as a sci-fi movie producer, so he might rescue Americans from the Iran hostage crisis of 1979. To make the ruse work, he must collaborate with some real Hollywood types, including a snarky make-up artist (John Goodman) and a surly producer (Alan Arkin), both of whom bring spunk and levity to an otherwise pulse-poundingly tense scenario. Critics cheered Affleck’s riveting balance of drama, suspense, and cheeky Hollywood ribbing, and the Academy followed suit, awarding Argo three Oscars, including Best Picture.

How to watch: Argo is now streaming on HBO Max.

Humphrey Bogart, Mary Astor, and Lee Patrick get their noir on in ‘The Maltese Falcon.’
Credit: Mack Elliott/Warner Bros/First National/Kobal/Shutterstock

Like many a great film noir, this 1941 thriller begins with a hardnosed detective (Humphrey Bogart) and a gorgeous dame in distress (Mary Astor). Based on Dashiell Hammett’s novel, The Maltese Falcon follows private investigator Sam Spade as he seeks not only to solve the mystery of who murdered his business partner, but also the whereabouts of the titular — and hotly sought — statuette. Along the way, he’ll meet suspicious characters, uncover horrid clues, and tango with a femme fatale as dazzling as she is deceitful. Crackling with biting banter, shocking reveals, and old-fashioned star power, John Huston’s directorial debut still hits harder than a shot of whiskey.

How to watch: The Maltese Falcon is now streaming on HBO Max.

Plenty of thrillers center on the male fear of female sexuality, featuring a femme fatale and her deadly allure that can drive men to ruin. Director James Foley turned the tables on this trope with his 1996 offering. Mark Walhberg stars as a sexy but volatile hunk, who falls hard for a teen girl (Reese Witherspoon) and won’t let her go. The fear of the film comes from her father (William Peterson), who worries this guy is up to no good. Yet dear old dad is impotent in his attempts to keep the young lovers apart. While the fear of female sexuality lurks in a father’s anxieties about losing his daughter to finding a romantic partner, Foley invites audiences into the girl’s perspective by harnessing the Female Gaze on Walhberg and providing a sometimes swooning soundtrack (cue “Wild Horses”). The allure of this bad boy is so profound that many a fan still recalls a certain rollercoaster scene with a shudder of excitement.

How to watch: Fear is now streaming on HBO Max.