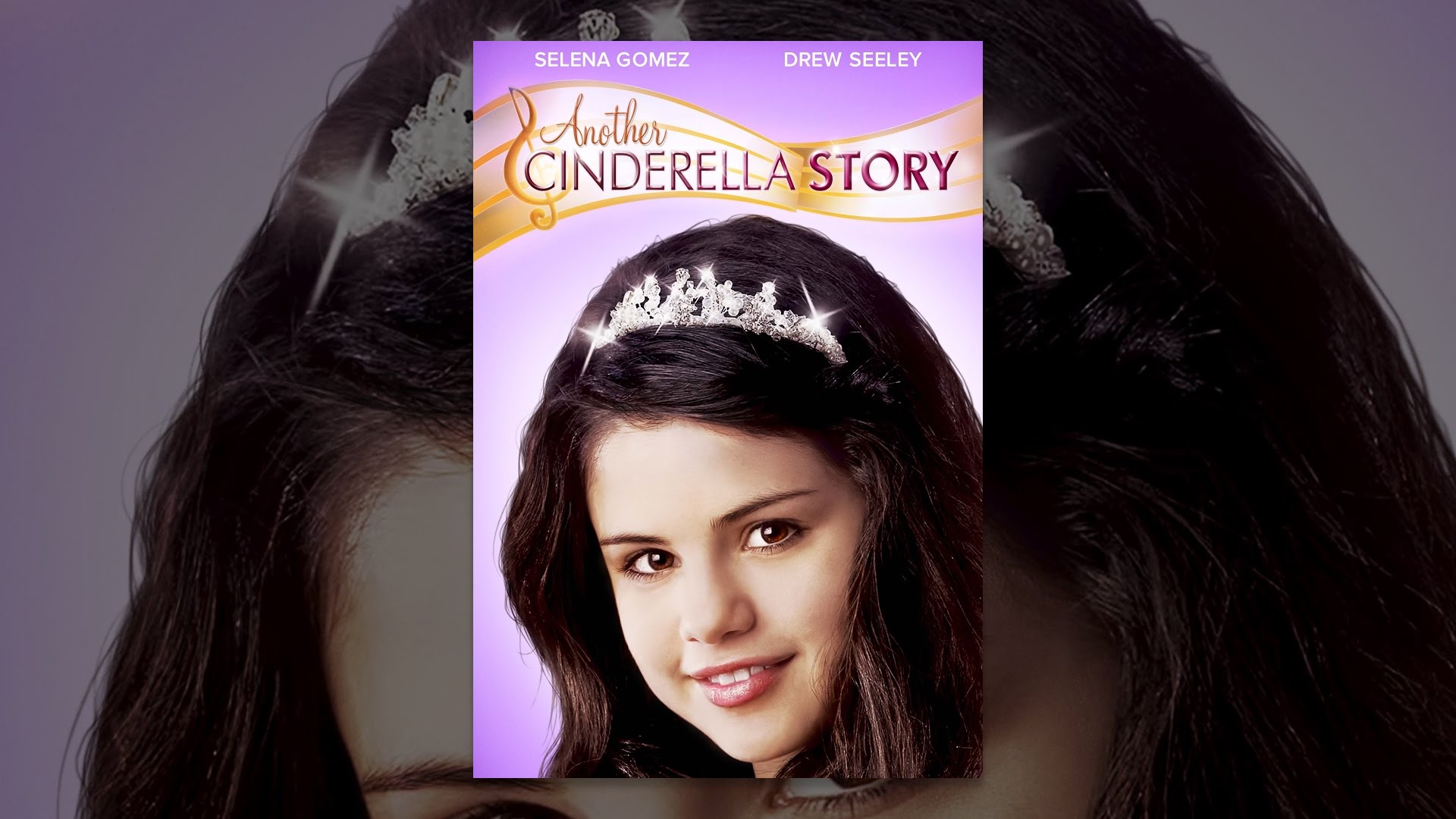 Once upon a time in a faraway land, there was a special fairytale we just couldn’t stop telling.

In 2021, the story of Cinderella — a kind maiden whisked away by her fairy godmother from a terrible life with an evil step-family to a picture-perfect romance with a charming prince — has been told more times than you can count. From Broadway to TV and film, good ol’ Cinderelly has been played by icons of all ilks, including pop star Camila Cabello in Amazon’s latest adaptation.

But which of these tellings is the most magical of them all? We’ve scoured the many, many options available across streaming platforms and picked the 12 (yes, just like the strokes of midnight!) best for you to consider cuing up next time you need a little magic. Enjoy!

Note: Rodgers & Hammerstein’s Cinderella (1957), featuring living legend Julie Andrews, is not available to stream. But if it was, you can bet it would be very high up on this list.

What this adaptation does best: Writer-director Kay Cannon, perhaps best known for her work on New Girl and the Pitch Perfect trilogy, delivers high production value and some solid comedy with Amazon’s 2021 adaptation, featuring Billie Porter, Nicholas Galitzine, Idina Menzel, Pierce Brosnan, Minnie Driver, and more. You’ll find Cannon’s reimagining lacks the heart or elegance of titles higher up on this list, but it does have some great covers of contemporary songs and an ear-worm of a title track in Cabello’s pop ballad “Million to One.”

How to watch: Cinderella (2021) is streaming on Amazon Prime Video.

What this adaptation does best: In the first of three sequels to A Cinderella Story (2004), Selena Gomez stars as an aspiring dancer plagued by a terrible home life and an equally bleak existence at school. But when fate lands her slick moves in front of a hunky pop star, played by Drew Seeley, a modern miracle begins to unfold. It’s a fun blend of DCOM vibes (though the movie was release by Warner Bros., Gomez is at peak Wizards of Waverly Place fame) and aughts dance films like Step Up that makes for a descent, if not particularly substantive throwback.

How to watch: Another Cinderella Story is available for rent/purchase through Amazon Prime Video, iTunes, Google Play, YouTube, and the Microsoft Store.

What this adaptation does best: Happily Ever After: Fairy Tales for Every Child is a multicultural anthology series reimagining classic stories for children of all backgrounds. Its take on Cinderella, released as part of Season 1 in 1995, offers vital onscreen Mexican representation for the genre as well as adorable illustrations you’ll enjoy at any age.

How to watch: Happily Ever After: Fairy Tales for Every Child is streaming on HBO Max.

What this adaptation does best: If you were a child of the ‘80s or ‘90s, then chances are you crossed paths with a VHS copy of Rodgers and Hammerstein’s Cinderella circa 1965. While the movie hasn’t aged in all the ways one might like (the spotty camerawork and video quality make it feel a bit like community theater), the breakout performance of Lesley Ann Warren as Cinderella stands the test of time. Not only does the actress deliver melodious vocals, her girl-next-door-charm makes this fairly straight-forward retelling feel special. Plus, she’s wearing that iconic fur-trimmed gown. You know the one.

How to watch: Rodgers & Hammerstein’s Cinderella (1965) is streaming on Amazon Prime Video.

What this adaptation does best: Comedy legend Jerry Lewis leads as the titular Cinderfella in this 1960 gender-swapped telling, featuring Anna Maria Alberghetti as Princess Charming and jazz icon Count Basie as The Bandleader. With fantastic music and some seriously skillful dancing, this telling is very much of its time. It won’t be for all audiences but if “Fred Astaire-meets-fairytale” intrigues you at all, cue it up.

How to watch: Cinderfella is available for rent/purchase through Amazon Prime Video, iTunes, Google Play, YouTube, and the Microsoft Store.

What this adaptation does best: Yes, CinderElmo is as adorable as you’re imagining, but there’s even more to be excited about with this magical children’s special. Come for the promise of seeing the Muppets take on this classic fairytale with all their zany Muppet-ness. Stay because Keri Russell is Princess Charming, Oliver Platt is the Fairy Godperson, and Kathy Najimy is the Evil Stepmother. It’s a stacked and stuffed cast that will sell you on every second of this 65-minute delight.

How to watch: Sesame Street: CinderElmo is available for rent/purchase through Amazon Prime Video, iTunes, Google Play, and the Microsoft Store.

What this adaptation does best: We have so much to thank A Cinderella Story for that it’s hard to even know where to begin. Is it the rain-soaked kiss between Hilary Duff and Chad Michael Murray? Is it Regina King’s speech about never letting the fear of striking out keep you from the game? Is it Jennifer Coolidge holding a cookie and saying, “so moist”? Regardless, this is an aughts film for the ages — one that takes the classic Cinderella story and adds so many great scenes you almost forget it’s based on anything.

How to watch: A Cinderella Story is streaming on Netflix.

What this adaptation does best: It’s the #1 title on our ranking of Disney live-action remakes: Cinderella (2015). Directed by Kenneth Branagh, this film has the shot-by-shot visual loyalty of The Lion King (2019) but the updated narrative smarts of Mulan (2021) — a winning combo that helps its star-studded cast shine. Lily James is a magnificent Cinderella, opposite an especially dashing Prince Charming from Richard Madden. But it’s Cate Blanchett who steals the show as one truly wicked Stepmother. Going forward, hers will be the performance to beat.

How to watch: Cinderella (2015) is streaming on STARZ.

‘Ella Enchanted’ is an all-time great fairytale with or without its Cinderella similarities.
Credit: miramax films

What this adaptation does best: Based on Gail Carson Levine’s YA novel of the same name, Ella Enchanted expands on the original Cinderella story in myriad ways. There’s a curse akin to Sleeping Beauty but with obedience instead of narcolepsy; a band of mythical creatures who come together to rebel against the king; and even a jazzy cover of “Don’t Go Breaking My Heart” complete with show-stopping choreography. Anne Hathaway stars in one of her first and most iconic roles.

How to watch: Ella Enchanted is streaming on HBO Max.

What this adaptation does best: Ever After is a ‘90s title so beloved and so particular to its time that it can be hard to remember it has anything to do with Cinderella — but it most certainly does. Directed by Andy Tennant, this historical romance stars Drew Barrymore as Danielle de Barbarac, an orphaned maiden of Renaissance-era France. Living with her cruel stepmother, the Baroness Rodmilla de Ghent played by the incomparable Anjelica Huston, Danielle faces an uncertain future until the promise of art and love sets her free. This telling may be a bit dark for children, though adults will appreciate its melancholy, yet hopeful tone and complex themes.

How to watch: Ever After: A Cinderella Story is streaming on Disney+.

What this adaptation does best: Only the eleventh movie made by Disney, Cinderella (1950) is without question the most universally recognized film adaptation of this fairytale — and with good reason. Beautiful songs, characteristic of Disney’s unique approach to musicals at the time, and artful animation make it stand out as a particularly exquisite approach to the story. From Ilene Woods’ enchanting vocals on “A Dream Is A Wish Your Heart Makes” to that unforgettable fairy godmother transformation scene, it’s a fairytale, plain and simple.

How to watch: Disney’s Cinderella (1950) is streaming on Disney+.

Of course, Brandy reigns supreme as the best Cinderella ever.
Credit: disney+

What this adaptation does best: Although it was divisive among critics at the time of its release, Rodgers & Hammerstein’s Cinderella (1997) reigns supreme as the best Cinderella story available in 2021. Spectacular performances from music icons Brandy and Whitney Houston as Cinderella and the Fairy Godmother are an obvious sell. More important, however, is the diverse representation director Robert L. Freedman’s musical film provides with a cast that also includes Paolo Montalbán, Victor Garber, Whoopie Goldberg, Bernadette Peters, Jason Alexander, and more.

How to watch: Rodgers & Hammerstein’s Cinderella (1997) is streaming on Disney+.

0
0   0
previous Social care: PM to unveil overhaul of sector in England
next Actor Michael K. Williams, best known for 'The Wire,' dies at 54