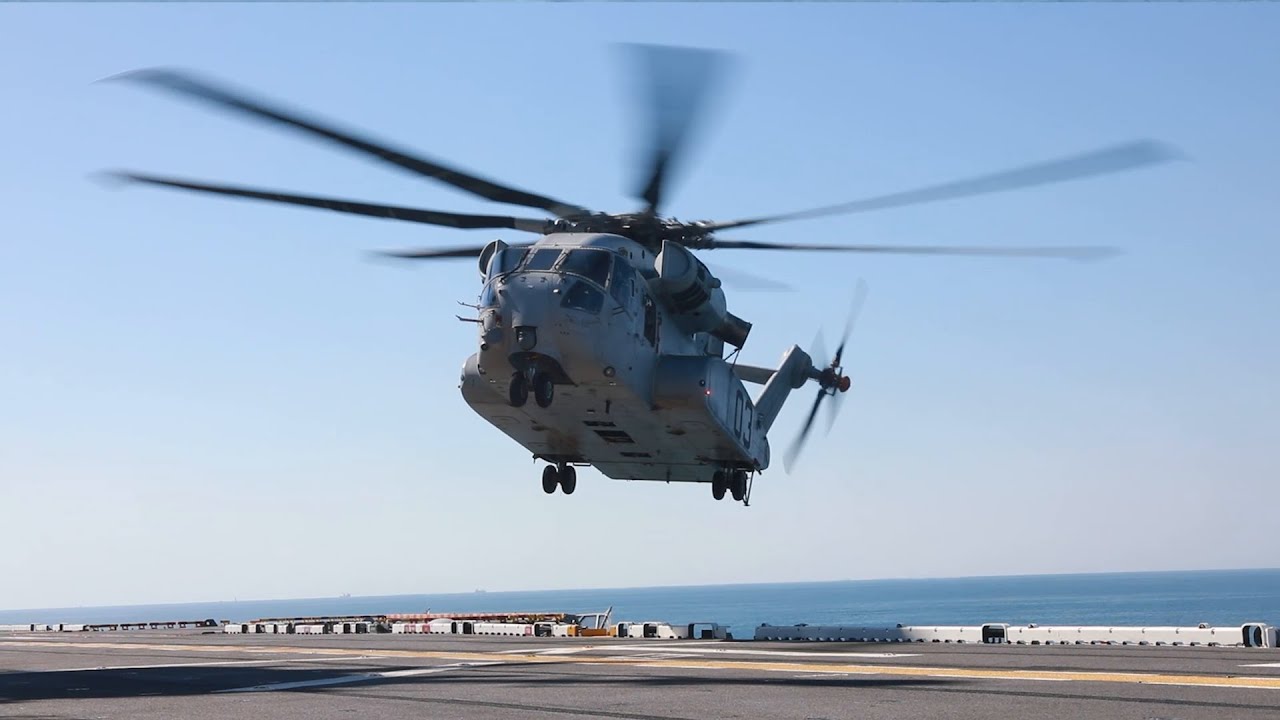 A new CH-53K King Stallion heavy-lift helicopter from Sikorsky has completed sea trials, according to a company news release.

“364 landings and takeoffs, day and night, from all nine deck spots. Two weeks of sea trials complete,” the release states.

Testing took place on the USS Wasp, a landing helicopter dock (LHD) amphibious assault ship operated by the U.S. Navy, and was the first opportunity to operate the King Stallion in a modern naval environment. The June sea trials were the first in a series of three planned sea exercises to fully evaluate the aircraft’s performance and shipboard compatibility.

The aircraft completed 364 landings and takeoffs, day and night, from all nine deck spots and in various wind conditions to demonstrate its versatility and ability to operate from a ship on deployment. The CH-53K sea trials integrated test team consisted of nearly 100 people including Sikorsky, Naval Air Systems Command (NAVAIR) and the Marine Corps’ operational test squadron.

The CH-53K design integrated the latest technologies to meet U.S. Marine Corps requirements while still maintaining the size and footprint to remain compatible with today’s ships and air transport capabilities. The aircraft is fully marinized for shipboard operations, including automatic blade fold and design robustness to meet new and extreme requirements for salt-fog and corrosion.

Ship compatibility testing on the Wasp included towing the aircraft around the deck and in the hangar, performing maintenance while aboard the ship, ensuring the aircraft fits in all the locations it needs to around the ship deck and hangar, and evaluating chain/tie-down procedures.

To validate that capability, the team also completed multiple blade-fold and spread operations. The main rotor and tail pylon of the King Stallion are designed to automatically fold and unfold to fit in the deck parking spots and hangar locations of Navy ships.

“The CH-53K demonstrated exceptional performance throughout its initial sea trials continuing the team’s progress toward initial operational test and evaluation in 2021 and deployment in 2023-2024,” said Bill Falk, program director. “ The aircraft is right at home aboard a large deck amphibious ship and is one step closer to deployment.”