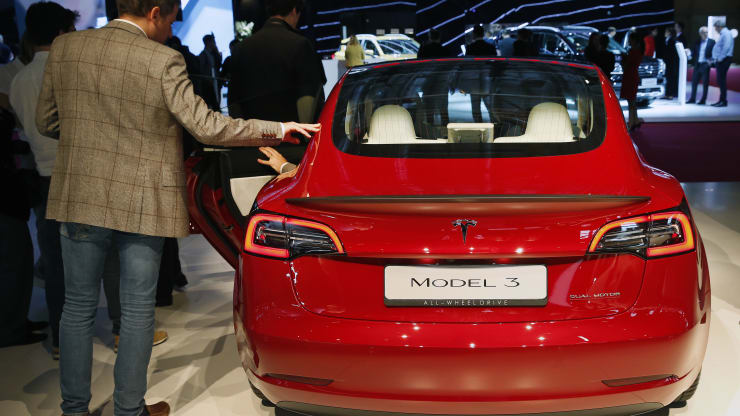 Business
International
July 3, 2020
Under One Ceiling 0

Tesla became the world’s most valuable automaker on Wednesday, when the electric vehicle company’s market capitalization surpassed Toyota’s for the first time.

Shares of Tesla gained 5% to hit a new all-time high of $1,135, giving the company a valuation of roughly $206.5 billion, compared with Toyota’s valuation of about $202 billion.

The milestone underscores the vast investor enthusiasm for Elon Musk’s automaker, which has yet to turn a profit on an annual basis. The stock has more than doubled this year, surging 170%, as investors continue to pile into the electric car maker.

While Tesla may have exceeded Toyota on market value, it lags the Japan-based company by a wide margin on actual car production.

Additionally, when looking at each company’s enterprise value, which includes debt, Toyota’s $290 billion value exceeds Tesla’s $252 billion, according to FactSet data through March.

While investors have sent shares soaring, some on the Street believe the stock, which trades at more than 300 times full-year earnings, isn’t supported by the underlying fundamentals.

“We continue to be cautious on Tesla, but anything EV related is red-hot for investors now and there is a scarcity of ways to invest in the theme, thus we see the stock continuing to ‘work’ near-term despite our caution on competitive positioning over time and valuation,” Cowen analyst Jeffrey Osborne said in a note to clients Tuesday night, while reiterating his underperform rating on the stock.