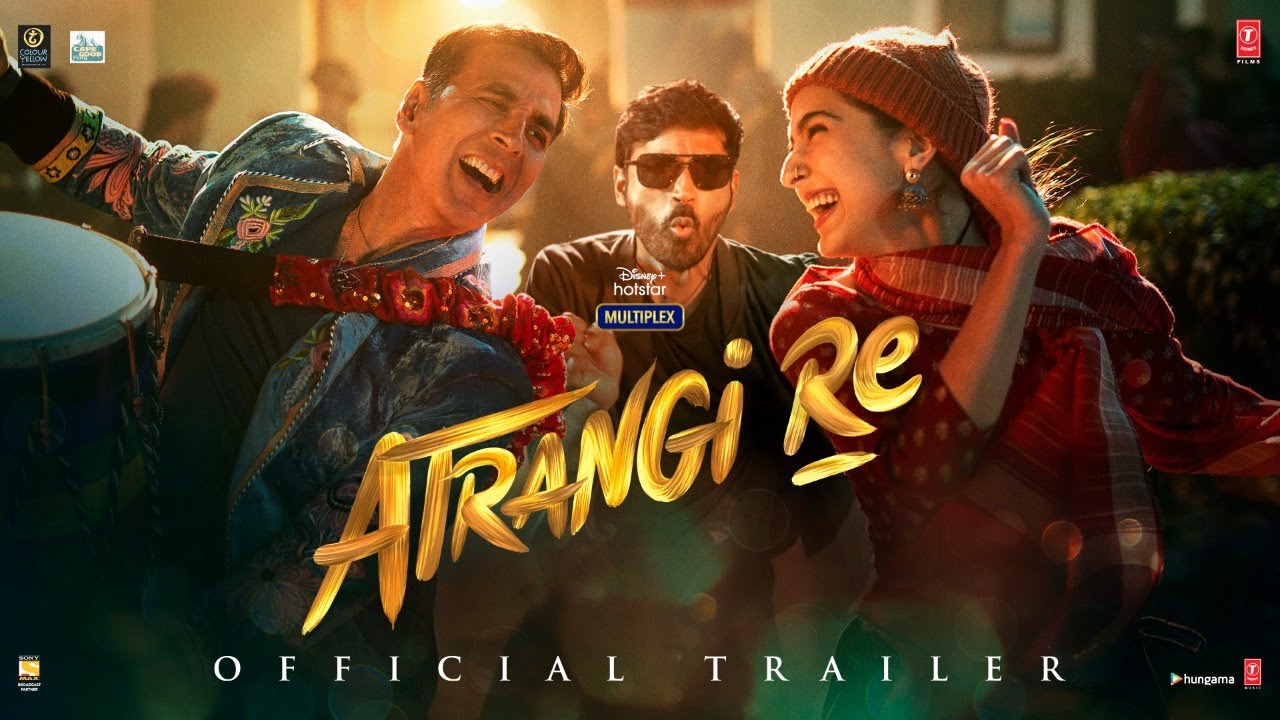 International Entertainment
November 25, 2021
Under One Ceiling 0

With films like Tanu Weds Manu, Ranjhanaa and Tanu Weds Manu Returns, Aanand L Rai has made a name for himself to bring out beautiful love stories from the hinterlands of India and that’s what I have loved in his style of filmmaking. His films offer a raw, uninhibited expression of love that just touches your heart and when Atrangi Re was announced, that was what I was expecting from it. Today the much-awaited trailer of the Sara Ali Khan, Dhanush and Akshay Kumar-starrer was unveiled and it has just taken me on a wild ride with it. Before I go any further, let’s take a look at the trailer.

Check out the trailer here:

The trailer depicts the story of Rinku, played by Sara, who hails from a small village and is married to an abducted groom by his family, played by Dhanush, while they are both intoxicated. What follows is their struggle to accept this forced marriage and then later accepting their grown emotions for each other while Rinku is already also in love with Akshay’s Sajad. Rinku’s quest for love makes for this wild and adventurous ride.

Sara is a firework on screen and portrays the uninhibited Rinku to the T while questioning norms of the society and asking some unanswerable questions like why can’t a girl love two guys? Dhanush’s portrayal of a confused man, struggling to keep up with what is happening in his life, is perfect. Akshay adds his flair and flamboyance to his ‘atrangi’ character and the story, something that he is known for, and Sara’s ‘atrangi’ chemistry with both the men is just undeniable.

Atrangi Re is directed by Aanand and written by Himanshu Sharma. It is produced by Bhushan Kumar, Krishan Kumar, Arun Bhatia, Himanshu and Aanand. The film is an AR Rahman musical and will stream from December 24, 2021 on Disney+ Hotstar.

Sara entered Bollywood with huge expectations riding on her and with Kedarnath, she delivered, while Dhanush already has a successful history with Aanand due to Ranjhanaa, so when these two actors were announced to be coming together, with Akshay to add some spice to the story, it was a recipe of success from the word go and the trailer delivers on it. It has all the ingredients to turn out to be the best Christmas gift for this year and I have already received a promising start with this amazing trailer so that just make the wait for Christmas this year worth it.