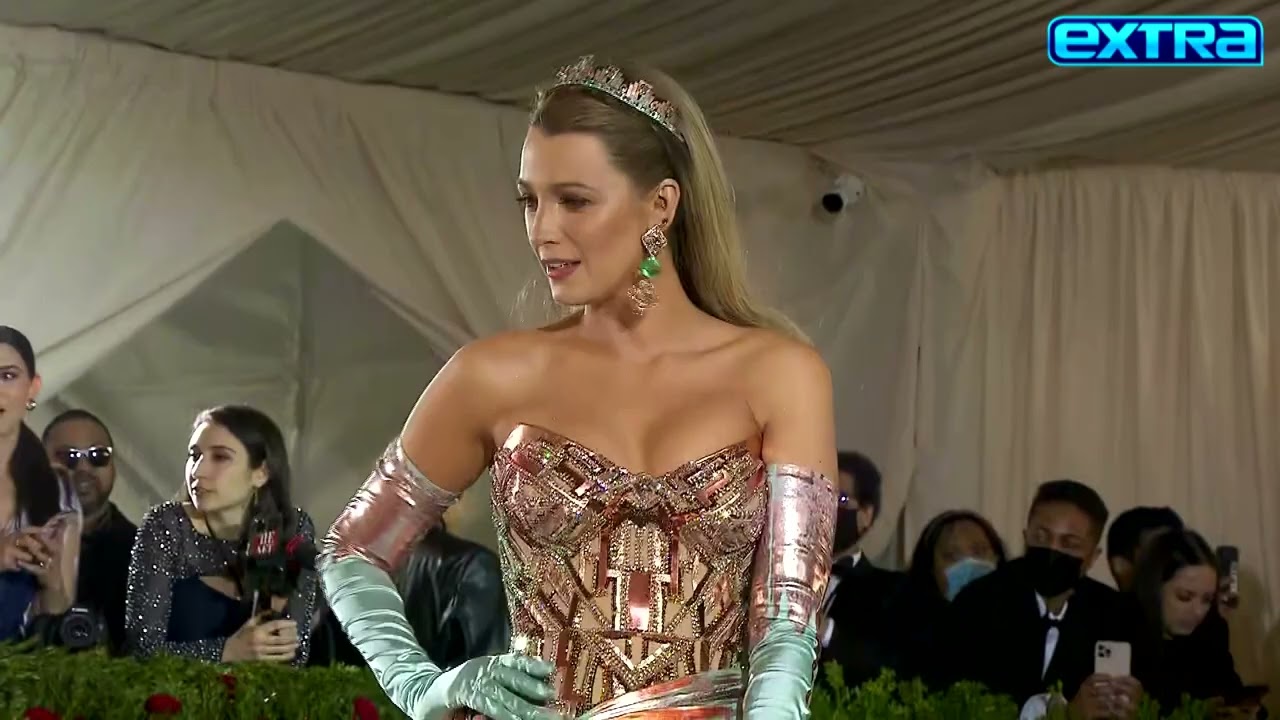 International Entertainment
May 3, 2022
Under One Ceiling 0

Blake Lively looked like a regal goddess at the 2022 Met Gala, which took on a Gilded Glamour theme!

For her look, Lively sported a crown and gloves with a strapless Atelier Versace gown, which had art deco-inspired metallic beading.

Blake’s dress definitely caught everyone’s attention when it was unveiled in front of everyone.

With the help of three gentlemen, the green hue of her train was visible as she walked up the stairs. She swapped out her gloves too!

It looks like Blake was paying tribute to the Statue of Liberty, which has become green due to the oxidation of cooper.

In 1886, France gifted Lady Liberty to the United States during the Gilded Age.

Blake was joined for the evening by her handsome husband Ryan Reynolds, who wore a velvet tuxedo by Versace.

This year, Blake and Ryan are the co-chairs for the Met Gala with Regina King and Lin-Manuel Miranda.

Ryan has been Blake’s date before at fashion’s biggest night! He accompanied her in 2017 and 2014.

Years ago, Lively opened up about being her own stylist. She told Women’s Wear Daily, “I love design and I love fashion and it’s a way to be creative. In my job I get to be creative, but it’s over a period of time and so many other people are involved, whereas this is a beginning, middle and end, and I get to be creative and there’s an end date in the near future. It’s the same reason why I like doing my friends’ hair and makeup or cooking — you get to be creative and finish it. Whereas with my job you do it and then two years later it’s finished. It probably goes back to the control issues; it’s like, ‘Okay, I did it, I completed it, it’s done!’”