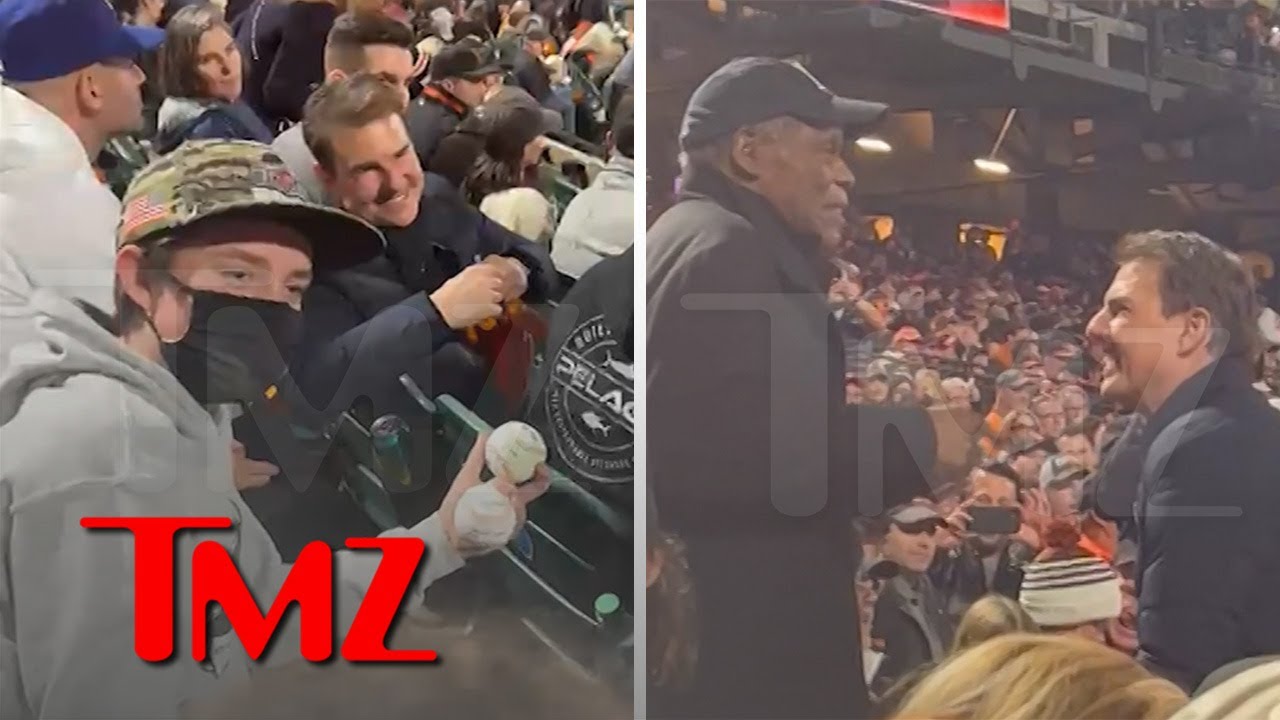 International Entertainment
October 13, 2021
Under One Ceiling 0

2021 has been the year of Tom Cruise Enjoying Sports. I’ve never really considered Tom to be the kind of man who would enjoy watching a football game or go out of his way to watch a tennis match, but he has become that man this year. I think it started with this year’s Wimbledon – Tom came out for the Wimbledon Championship weekend, attending the women’s and men’s singles finals on back-to-back days in July. A few hours after the men’s singles final, Tom traveled the short distance to Wembley to watch the Euro Final (which Italy won). Also in July, Tom came out for the F1 Grand Prix.

Nowadays, Tom is back in California, and he decided to go out to the Dodgers-Giants baseball game over the weekend. He was with his son Connor. No one even knows if he’s more of a Dodgers fan or Giants fan. The photos and videos of Cruise went viral because his face seems kind of puffy, like filler-puffy. Could be – my feeling is that Tom has been getting top-of-the-line work from the best plastic surgeons in Brazil for years now. He was getting subtle work even back in the Katie Holmes years. It’s more than possible that his options are slightly more limited these days what with persistent travel restrictions and the like. Maybe he just decided to get quickly filler’d in LA and it didn’t work out so well. Anyway, it’s not really snarking on someone’s face if you’re just like “wow, he looked so different back in July.” It’s possible that Tom just recently gained some pandemic pounds, but… who knows. My first thought was “fillers” but maybe I’m wrong.

Here’s TMZ’s grainy video of Tom – you can see him standing up to talk to Danny Glover at one point.

All the celebs come out for #NLDS games!! Wonderful to host THE @TomCruise at the @SFGiants v @Dodgers game tonight. Asked him which team he’s rooting for and he gracefully replied, “I’m a fan of baseball.” pic.twitter.com/3RVHAL42PP

.@TomCruise is in the house for tonight’s game pic.twitter.com/9W9osKe5FX